Tomb Savers: The Monument To Lost Love Built Decades Before The Taj Mahal 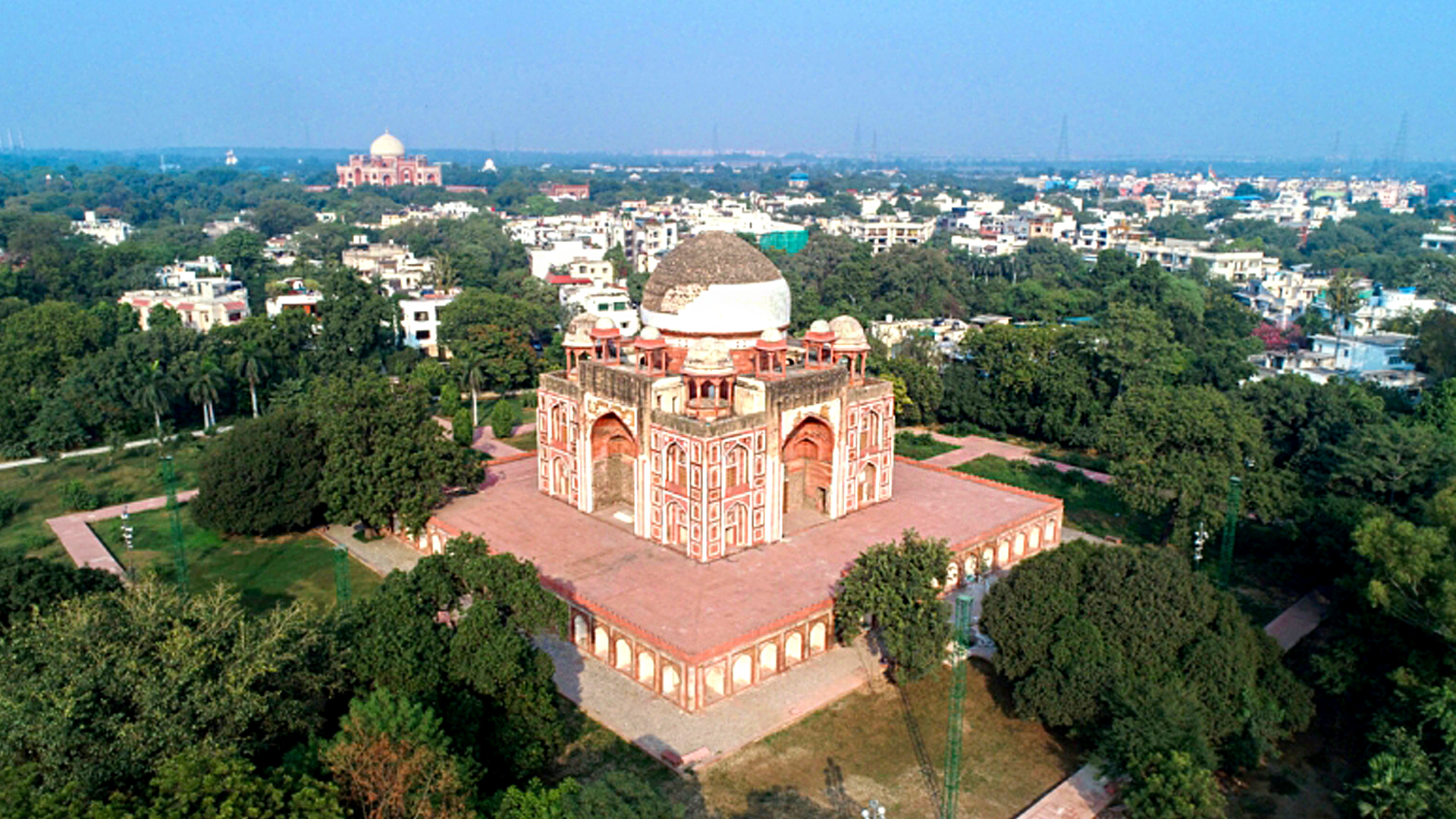 NEW DELHI  — The tomb of Abdur Rahim Khan-e-Khanan is an imposing sight in red sandstone, standing on the side of a busy road in South Delhi.

The 16th-century edifice built by Rahim in memory of his wife Mah Banu, is considered the first Mughal monument for a woman. Rahim was a famous poet and minister in the era of the longest reigning Mughal ruler, Emperor Akbar.

“What makes this structure important is that historically there are very few tombs built for women in India,” said T.C.A. Raghavan, a former Indian diplomat and author of a book on Abdur Rahim Khan-e-Khanan and his father, who was Emperor Akbar’s mentor and guardian. “There are even fewer if you exclude those built for women outside royal families.”

The tomb that was built five decades before the Taj Mahal is also Rahim’s burial place.  He was buried beside his wife in 1627. The son of Bairam Khan — Akbar’s uncle and mentor — Rahim was one of the “navratnas” (nine gems) in the court of the emperor.

The tomb, an architectural masterpiece, stood dilapidated and on the verge of collapse for years until a six-year conservation project by the Aga Khan Trust, the Archaeological Survey of India and the InterGlobe Foundation restored the medieval-era tomb to its former glory. It opened to the public in December 2020.

“There were a lot of structural issues and the foundation was not stable. So, we spent a year stabilizing the structure before starting conservation work,” said Ujwala Menon, project manager of conservation at the Aga Khan Trust.

The tomb’s dome, which had turned black, has been restored to its original red color. Cracks that threatened the structure have been repaired, and the intricate ornamentation on the facade has been restored.

The restoration took 175,000 days of work by more than 3,000 craftsmen, stone carvers and masons who reconstructed collapsed portions of the mausoleum using traditional building materials.

The tomb’s unique aspect is its combination of Iranian architecture and Indian motifs.

“In the architecture of that era you will see Hindu motifs like that of the kalash (pitcher) and the lotus,” said writer and historian Rana Safvi. “This is the amalgamation of Indian architecture with external influences.”

The Aga Khan Trust states that the “intricacy of the design and the sophisticated patterns” made it a daunting task to restore the tomb.  The trust employed artisans with knowledge of traditional crafts and helped them use modern techniques to renovate the mausoleum.

“We used laser documenting to thoroughly document the building and the different patterns that were there in the tomb. We followed a craft-based approach, where the restoration of the designs were done by craftsmen familiar with the project and traditional techniques,” said Menon.

“It was the most complex project we have done,” she said, “but since we had undertaken a similar conservation project of the nearby Humayun’s Tomb in 2007, many artisans were familiar with the work, and that helped.”

She hopes that the restoration will encourage more people to visit the tomb, which is in Nizamuddin, an area that has many medieval tombs and monuments. The shrine of Hazrat Nizamuddin and Humayun’s tomb are in the same area, Menon said.

“Monuments built by the Mughals have always attracted a lot of tourists, specially those inclined towards history, art and architecture,” said Umar Ashraf, editor of The Heritage Times. “Whether it is the Taj Mahal, Humayun’s Tomb or Jama Masjid, these monuments attract a lot of visitors, both domestic and foreign, so it is important to safeguard such structures.”

Ashraf, who has been documenting the lesser-known heritage sites in north India, said that conservation of Mughal architecture is essentially the preservation of medieval India.

“The Mughal period from the mid-16th to the late 17th century marked a striking revival of Islamic architecture in Delhi and other regions of northern India. Under the patronage of the Mughal emperors, Persian, Indian and various provincial styles were fused to produce works of unusual quality and refinement.”

“Delhi is a culturally and architecturally rich city and has many monuments. But not all of them come under the Archaeological Survey of India, so they are not properly looked after. Many are unlisted and it is high time they are restored,” said historian Safvi.

(Mehvish Siddiqui contributed to this report.)