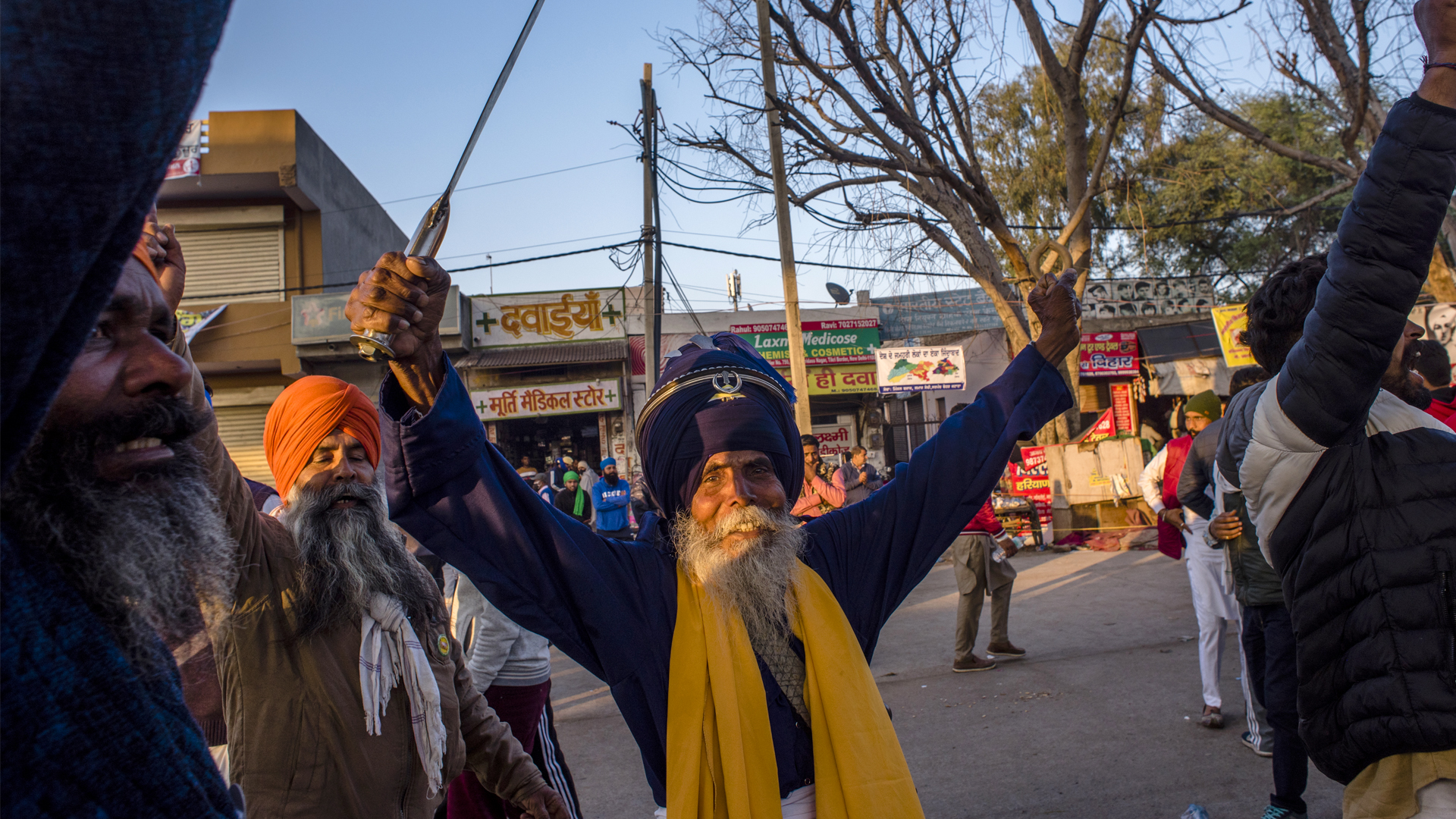 MUMBAI, India — The war of words on social media among India’s celebrities over farmers’ protests against three recent agriculture laws has escalated.

Ranaut’s colleagues Akshay Kumar, Ajay Devgn and Suniel Shetty, and cricket icons Sachin Tendulkar and Virat Kohli, meanwhile, are backing the Ministry of External Affairs with hashtags such as #IndiaTogether and #IndiaAgainstPropaganda.

Ministry spokesperson Anurag Srivastava tweeted on Feb. 3 that the “reformist” farm laws had been passed by parliament after “a full debate and discussion” and were beneficial for farmers.

Srivastava’s tweet also said that the “temptation of sensationalist social media hashtags and comments, especially when resorted to by celebrities and others, is neither accurate nor responsible.”

“These stars are bound to act on the government’s behalf,” said Avik Saha, national convenor of Jai Kisan Andolana, a farmers and farm workers organization. “The mass tweets by famous personalities are curiously similar, have the hashtags shared by the same government, and have been posted almost at the same time.”

“It is ludicrous if the Ministry of External Affairs says that a particular celebrity, irrespective of whichever country they belong to, cannot have an opinion about something happening in India. The government has reacted immaturely,” said Saha.

“If there is a pressure from the government I would have known as I have had several meetings [with the government in past on unrelated film industry issues]. And if these celebrities are being used by the government, then they would do it for every topic,” said film producer J. D. Majethia.

As for celebrities posting similar tweets and using similar hashtags, he said: “There is nothing wrong with expressing the same thing. I believe that none of us are interested in hurting the sentiment of the farmers.”

Hindi film industry celebrities Taapsee Pannu, Swara Bhasker and Vishal Dadlani believe that the comment made by the ministry will only result in a fragmented nation. Bhasker’s tweet urges: “Speak up Bollywood. Speak up Celebrities.”

“If one tweet rattles your unity, one joke rattles your faith or one show rattles your religious belief, then it’s you who has to work on strengthening your value system, not become ‘propaganda teacher’ for others,” tweeted Pannu.

“As for the celebrities defending the government, I don’t think you can hold either hostages or servile courtiers responsible for what they are made to do or say,” said music composer and singer Dadlani.

“What we must keep the absolute focus on is that this is about farmers, their livelihoods, and the fact that they are protesting and losing their lives to fight these farm bills that are being forced down their throats. What any celebrity says right now, really doesn’t matter. The only thing that matters is that these farm bills are oppressive and must be withdrawn,” said Dadlani.

Farmers have been protesting at the borders of the national capital for more than two months, urging the government to repeal three new farm laws. The government has offered to suspend the laws for 18 months, but to date, the farmers have rejected the offer.

Hundreds of protesters and policemen were injured when farmers staged a tractor parade in Delhi on Republic Day, Jan. 26, and detoured from agreed routes.

Among other notables who voiced opinions on the protests are Meena Harris, an American lawyer and niece of U.S. Vice President Kamala Harris; former adult star Mia Khalifa; and singers Jay Sean and Dr. Zeus.

“We live in a democracy. I don’t understand why the Ministry of External Affairs is reacting to any star commenting on farmers’ protest. We all have opinions on world issues and it doesn’t mean that we are interfering with anything,” said Vivek Tankha, a member of parliament from the opposition Indian National Congress party.

Regarding allegations that Rihanna, Thunberg and others were paid by the Congress party to tweet about the protest, Tankha said: “These are tall stories as they don’t have answers to questions asked by the people. These people have raised a concern rather than giving any opinions. Bharatiya Janata Party [the ruling party] has lost the plot completely.”

The Bharatiya Janata Party’s spokesperson, Sambit Patra, during a press conference on Feb. 3, questioned Rihanna and her knowledge about the scenario in India.

“Neither Rahul [Rahul Gandhi, leader of the Congress party], nor Rihanna knows what is Rabi crop or Kharif crop,” Patra said.

Meanwhile, Delhi police prepared a First Information Report, known as an FIR, over an alleged “toolkit” containing information on how to back the farmers’ protests.

The toolkit reportedly was tweeted and later deleted by Thunberg. She was not named in the FIR.

I still #StandWithFarmers and support their peaceful protest,” Thunberg tweeted on Feb. 4. “No amount of hate, threats or violations of human rights will ever change that. #FarmersProtest.”