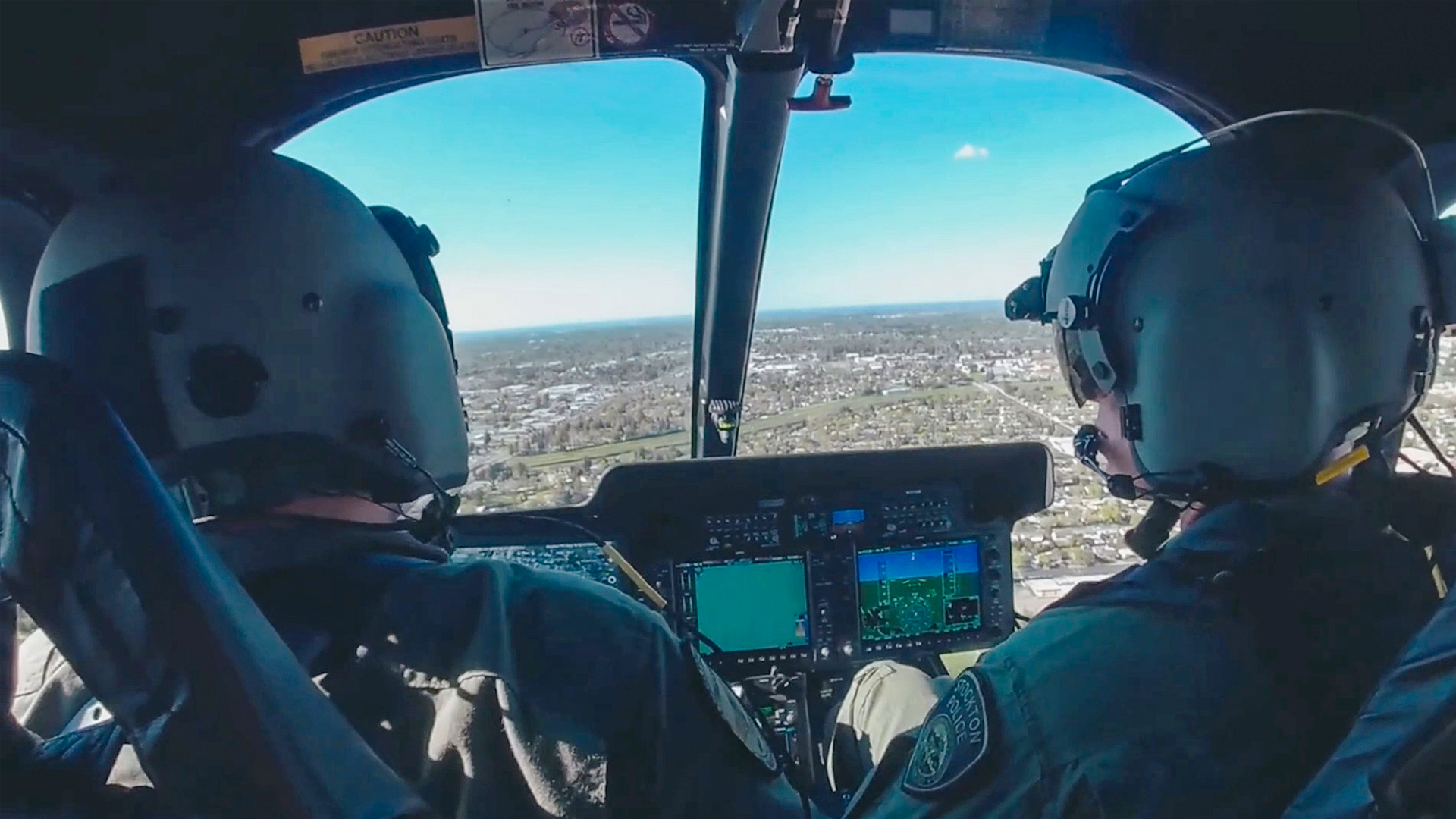 Air unit Falcon One Zero involved in the pursuit of the suspect. (Stockton Police Department/Newsflash)

CALIFORNIA, USA – A police helicopter quickly tracked down and helped with the arrest of a fleeing suspect on a stolen motorbike in California in the United States.

Tactical flight officers from the aerial unit Falcon One Zero carried out a search after a 2008 Honda motorcycle was reported as stolen in the city of Stockton in the U.S. state of California on March 11, 2020.

The video, shared by the Stockton Police Department on Wednesday, shows the officers spotting the suspect, name not disclosed, from the air and keeping an eye on him while reporting his location to ground officers.

The ground officers soon approach the suspect and turn on their sirens, upon which he immediately speeds away, trying to escape.

Falcon One Zero officers continue to keep track of the fleeing suspect, all the while reporting back to the ground staff.

At one point, the suspect flees on foot, running through gardens and jumping fences, eventually hiding in a patio.

Shortly after, officers locate the suspect in his hiding place and immediately arrest him.

The tattooed suspect is seen lying on the ground in handcuffs with officers surrounding him. One of them can be heard saying, “Aren’t helicopters great?”

The investigation was on when the reports last came in. 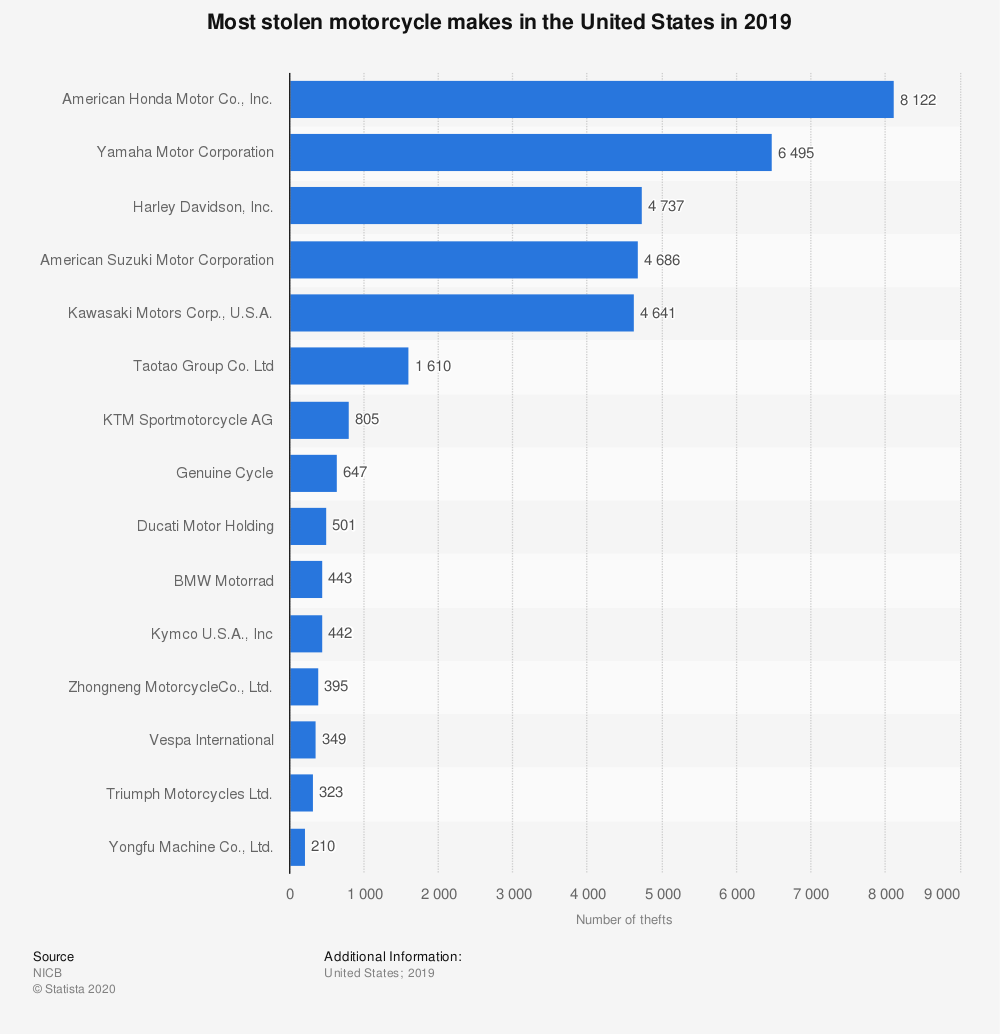 This statistic shows the number of motorcycle thefts reported by the police in the United States in 2019, by their brands. In all, 8,122 American Honda Motor Co., Inc. motorcycles were the highest number of motorbikes stolen across the country in 2019.

The highest number of motor vehicle thefts was reported in the year 2018 at 2,054. 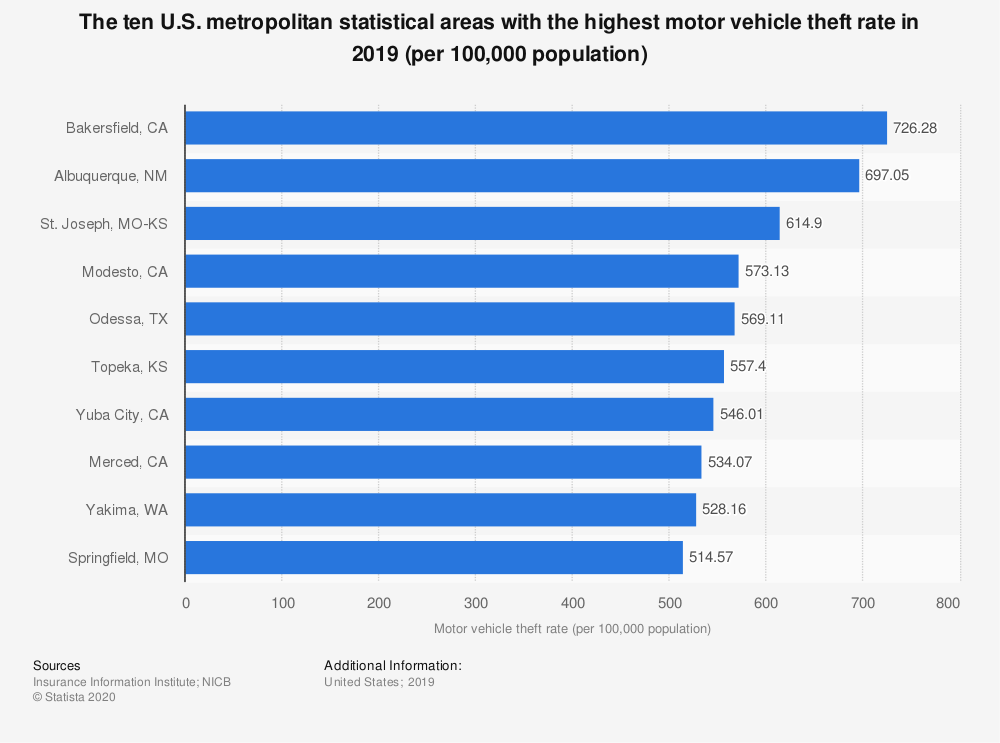 This graph shows the 10 metropolitan areas in the United States having the highest motor vehicle theft rate in 2019. Bakersfield, California was ranked first with a rate of 726.28 motor vehicle thefts per 100,000 inhabitants in 2019.

The Stockton Police Department’s Falcon One Zero helicopter service was launched on June 24, 2019. On its very first day, it helped in cracking a car theft and arresting the suspects. This was reported by a public radio station ‘capradio’ on its website.

“Air support staff were able to observe and then report where the suspects got out of the vehicle and then were on foot, and then ground units were able to vector in and make an arrest, so it was an outstanding debut day for our helicopter, no doubt,” read the website quoting Police Chief Eric Jones.

Underlining the need for the helicopter in a city with a population of 350,000 people and an area of 60 square miles, Jones said, “First making our community safer and also it makes the jobs of our officers safer, so it’s really an outstanding new tool for Stockton that’s long deserved.”

A state grant of $3 million was utilized to buy the Bell 505, which has high-definition cameras and infrared detection.

Falcon One Zero also supports other law enforcement agencies in the county with mutual aid as the need arises.