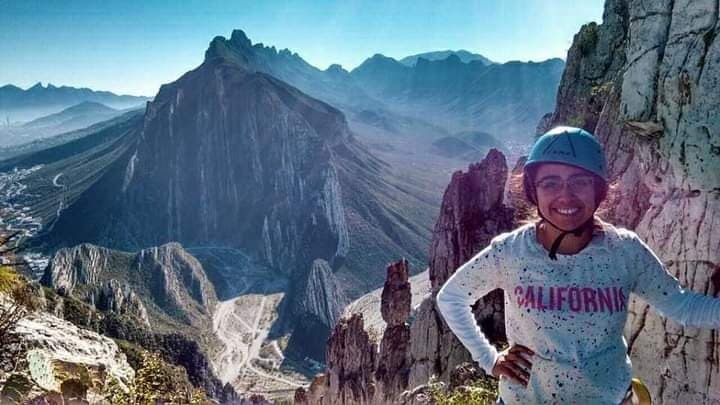 Many myths surround women backpacking solo. Some might think it is dangerous, that the experience of traveling alone is boring. Or, that women will remain alone the whole trip. Most are untrue.

Taking adequate precautionary measures, women can travel alone safely. Depending on their personality, the destination and the experiences they chose, they can have an amazing trip.  Often, solo travelers meet people who quickly give them a hand and join their lists of new friends.

Karime Aymerich, with a degree in international trade, has visited the United States, Costa Rica and Poland by herself. As soon as the pandemic allows, the Mexican backpacker wants to travel to Turkey alone.

“People asked me everywhere why I was traveling alone,” she said. “Their question surprised me. I think people are still not used to seeing young women traveling alone.”

Aymerich said the cities where she felt the most unsafe were Houston, where she experienced harassment at the hands of an Uber driver, and Memphis, both in the United States.

This differed from her solo visit to Costa Rica, considered the safest country in Central America. Aymerich lived a tailor-made trip, which was overshadowed by unfortunate news.

“When I was there, a case of a femicide of a Mexican woman who was backpacking and did not make it back went viral,” Aymerich said. “She was 25 years old, just like me back then, and it happened in the same week that I was there.”

Aymerich felt scared. “I was very shocked by the news because it could have been me. But it was an isolated case, which is why it caused so much commotion throughout the country,” she said.

However, Costa Ricans did their best to ensure this unfortunate event not to hurt her trip. “In general, people seemed very good to me. I did not let that impact me negatively and I kept going.”

Although there will always be places and cultures more welcoming than others, Aymerich recommends not getting carried away by one’s first impression of a particular area.

“In Memphis, the vibe was a bit heavy, but I don’t judge places so much by that. My experience there was not the most appropriate. On the other hand, people know that Europe is generally a safe and easy continent to travel to, so I had no major problem in Poland.”

Aymerich recommends Latinas travel through Latin America, which “is full of beautiful things to discover. However, I think that before traveling anywhere, people should inform themselves about the places to avoid,” she said. “For me, the difficulty does not increase in a Latin American country. One must arrive [anywhere] being well-informed.”

Online search trends indicate that more women want to venture out on a solo trip. In 2016 and 2017, the Google search engine showed a 50 percent increase in searches such as “women traveling alone.”

When asked what would be her advice for other Latinas who wish to travel alone, Aymerich made it clear that fear is subjective; women cannot miss out on incredible new life experiences because they are afraid.

The secret is always to research thoroughly cities and countries. One can discover other women’s experiences, critical cultural aspects to consider, and the places to avoid or visit on blogs or social media.

“Research, respect for the culture you visit and common sense are the pillars to feel safe wherever you go,” Aymerich said.

She also suggests learning a bit of the local language and securing a basic Internet plan during the trip.

Latina backpackers in or traveling to Mexico share tips on a Facebook group called Mochileros en México, where they advise not to show fear or confusion. “People don’t have to know that you are traveling alone,” they say.