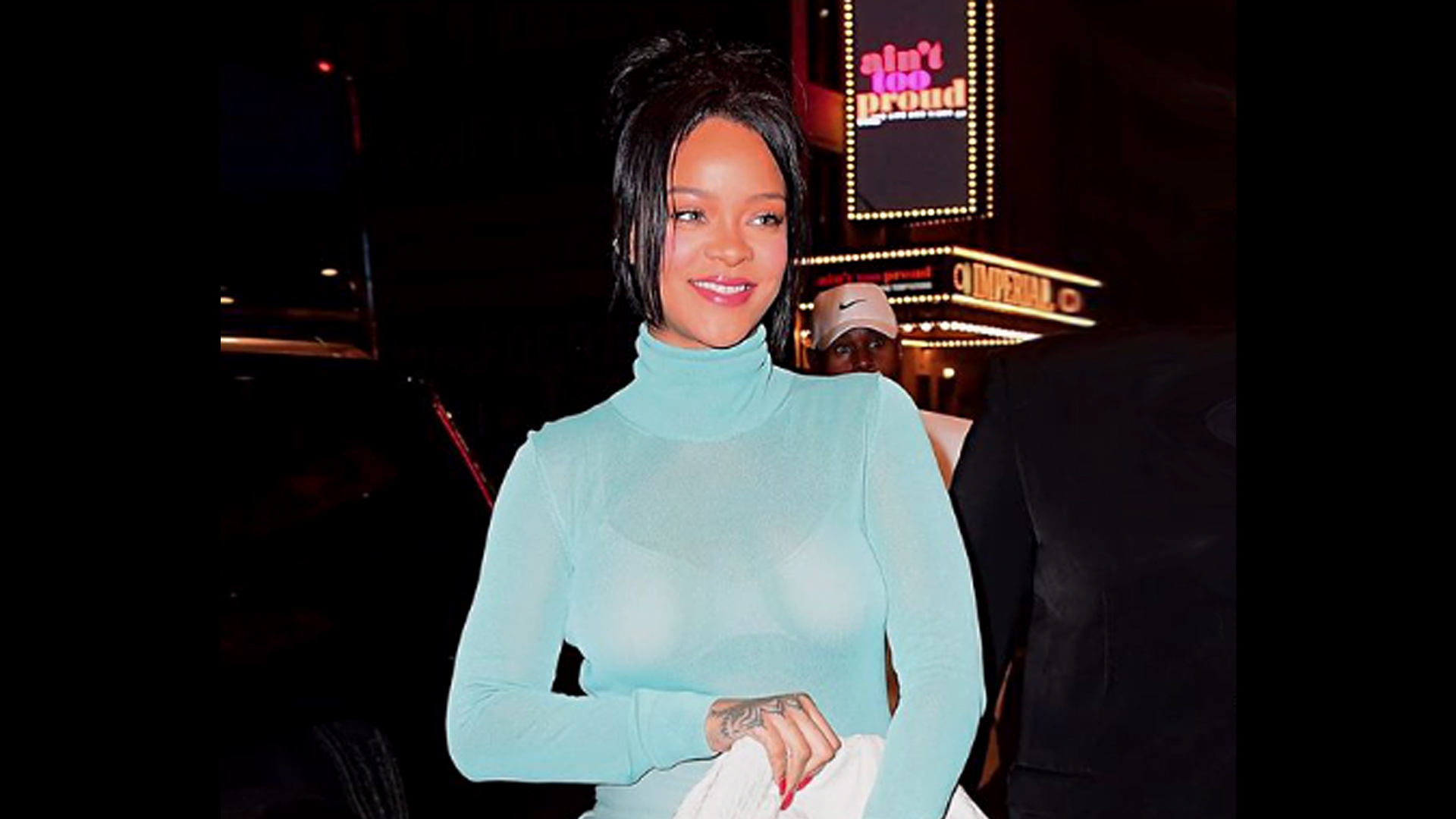 Rhianna's tweet on India's farmers' protest had been retweeted 223,000 times as of the morning of Feb. 3. (badgalriri/Instagram)

NEW DELHI – Tweets by Rihanna and Greta Thunberg in support of the ongoing farmers protests around New Delhi have kicked up a storm on social media and prompted pushback from the Indian government.

Rhianna’s tweet, which had been retweeted 223,000 times as of the morning of Feb. 3, included a link to a CNN story about India cutting internet service in Delhi as farmers clashed with police. Among those who shared Rhianna’s tweet was Human Rights Watch, which posted: “Indian authorities should be releasing activists and others already jailed or facing criminal charges in politically motivated cases, not adding to that list.”

India’s Ministry of Home Affairs ordered a shutdown of internet services in some of Delhi’s border areas from Jan. 30, and the government of Haryana state, which borders Delhi on three sides, cut off connectivity in seven districts until Feb. 3. The order came days after sections of a tractor parade of farmers in Delhi on Republic Day, Jan. 26, detoured from agreed routes.

Farmers have been protesting at the borders of the national capital for more than two months, urging the government to repeal three new farm laws. The government has offered to suspend the laws for 18 months, but to date, the farmers have rejected the offer.

Hours after Rihanna’s tweet, Swedish environmental activist Thunberg tweeted: “We stand in solidarity with the #FarmersProtest in India.”

Meena Harris, a lawyer and the niece of U.S. Vice President Kamala Harris, tweeted: “We all should be outraged by India’s internet shutdowns and paramilitary violence against farmer protesters.”

In response, Anurag Srivastava, spokesperson for the Ministry of External Affairs, posted a tweet saying that parliament, “after a full debate and discussion, passed reformist legislation relating to the agricultural sector” and that the reforms “give expanded market access and provided greater flexibility to farmers.”

“India’s police forces have handled these protests with utmost restraint,” his tweet said.

Srivastava’s tweet urged that before rushing to judgment, facts should be ascertained, and that the “temptation of sensationalist social media hashtags and comments, especially when resorted to by celebrities and others, is neither accurate nor responsible.”

Indian actor Kangana Ranaut, meanwhile, copied Rhianna’s tweet, which said, “why aren’t we talking about this?” in reference to the protests. Her tweeted response was: “No one is talking about it because they are not farmers, they are terrorists who are trying to divide India so that China can take over our vulnerable broken nation and make it a Chinese colony much like the USA… Sit down you fool, we are not selling our nation like you dummies.”

The actor also called out Thunberg for showing support to the farmers protests.

“I guess Kanganaji eats imported food, so she recognizes the farmers of India who are feeding the 1,350 million people as terrorists. She also does not know that there are 500 organizations in this protest and each of them is registered, have addresses, telephone numbers, and publicly known leadership, and some of these bodies are even older than her age,” said Avik Saha, national convenor of Jai Kisan Andolan, a farmers and farm workers organization.

Saha said this isn’t the first time farmers have been linked to terrorist organizations.

“Many responsible Bhartiya Janata Party leaders have used this expression, so I believe it is a narrative that the ruling party wants to percolate from the top to the bottom, and influencers like Kangana Ranaut are being used,” he told Zenger News.

“If the crackdown from the protests has also gathered support from other artists in the Indian entertainment industry, including Diljit Dosanjh (singer and actor), [that] the majority of India is terrorists, then why is Kanganaji a citizen of such a country?”

Dosanjh and many other Indian celebrities have voiced support for farmers.

Stand-up comedian Kunal Kamra took another twist on the recent events: “I think our Prime Minister Narendra Modi is taking this country towards one nation, one actress, and that actress is Kangana Ranaut. I think she is catching exactly what the Modi media wants to propagate. The analogy that she is making about China taking over a broken nation makes no sense.”