Lucha Libre, A Tradition Loved All Over The World

Two luchadores talk about the freestyle wrestling legacy in Mexico. 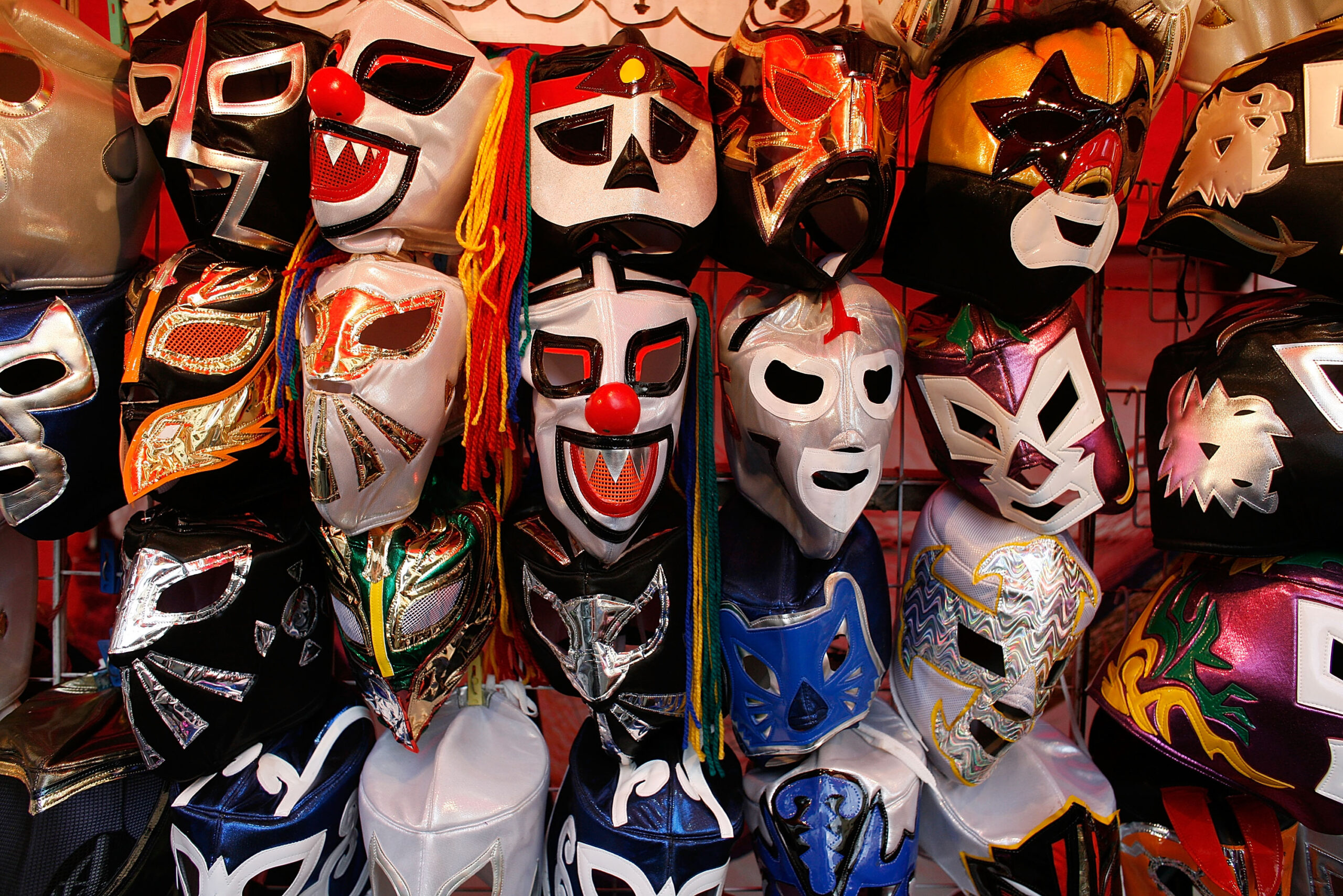 For Mexican wrestlers Canek Jr. and El Hijo de Fishman, lucha libre has been a part of their cultural upbringings and family affairs. The popular sports genre now gives them a chance to play superheroes with comic book-like powers à la Hollywood style.

Both luchadores are part of a new cadre whose wrestling characters now go beyond what, until recently, was the norm in Mexico and the United States. Canek Jr. and El Hijo de Fishman star in “Heroes of Lucha Libre,” a scripted series in which wrestlers arrive at the ring with a backstory to compete against rivals for special rings said to be vital in harnessing the forces of nature. Playing a Mayan god and a warrior, respectively, the wrestlers try to prevail in a fight between ‘técnicos’ (the good guys, literally “technical”) and ‘rudos’ (the bad guys, literally “rude”) in the mythical world of Therraton.

The 11-part series is available on Crackle Plus, a free streaming, ad-supported video-on-demand network.

“Heroes of Lucha Libre” has brought new experiences for the two Mexican wrestlers, who have spent years in the ring following in the footsteps of their fathers.

“What I love the most is the production [element], the way it’s revolutionized lucha libre,” said El Hijo de Fishman, adding that the audiences’ response to “Heroes of Lucha Libre” has been positive.

For Canek Jr., performing in arenas of reportedly up to 12,000 people is a big accomplishment.

“It’s an acknowledgment of [your] work, one of the most beautiful experiences I’ve experienced,” he said, noting the VIP treatment Heroes get, from catered meals to hotel rooms to transportation.

Both luchadores are proud of their roots and the Mexican tradition of lucha libre, a unique form of freestyle wrestling populated by masked characters, some of whom have become legendary in Mexico and even movie stars. The genre has proven popular in Mexican-American communities in the U.S., especially lately among young American-born and Mexican-by-heritage millennials.

“I was born into lucha libre,” said Canek Jr., whose name pays tribute to his professional wrestler father. “I would see my dad wrestle when I was little. I’ve got lucha libre in my blood. My dad is Canek and he still works the ring.”

Lucha libre is also a family affair for El Hijo de Fishman, whose name means “fishman’s son” in Spanish. His father was a top Mexican wrestler in the 1970s and 1980s, and retired in 2000. Fishman senior passed away a few years ago. El Hijo de Fishman has two brothers who also are professional wrestlers.

Popular the World Over

So popular is freestyle wrestling in Mexico, especially in the nation’s capital, that lucha libre was declared an intangible cultural heritage of Mexico City by local authorities.

“It’s part of our culture,” said Canek Jr., who noted that luchador masks and toys are popular among Mexicans, a trend that has carried on in the U.S. with lucha libre iconography, events and TV shows.

Robert Rodriguez El Rey Network premiered “Lucha Underground” in 2014 and ran it for four years. Netflix has also featured the documentary “Nuestra Lucha Libre.” On Etsy, an e-commerce website focused on handmade or vintage items, one can find hundreds of vendors selling clothing, luchador masks and other items dedicated to the lucha libre lore.

Masks add an air of mystery to wrestling.

“They are part of a luchador’s magic, and we never take them off, not even for family gatherings nor at home,” said El Hijo de Fishman, sporting his signature green mask with yellow designs. “A luchador is [like] a hero, just like Batman, Spider-Man and Superman. We luchadores are Mexican heroes.”

Luchadores are loved all over the world. One of the most famous of Mexican luchadores, Mil Máscaras (1000 Masks), traveled to Japan for the first time in 1970, inspiring many Japanese wrestlers, such as Gran Hamada, Satoru Sayama (the original Tiger Mask) and Jushin Thunder Liger.

Joaquin Vodanovich and Alejandro Ortiz created and produced “Heroes of Lucha Libre.” The latter also wrote the series. Screen Media, a Chicken Soup for the Soul Entertainment company and the provider of exclusive and original content for Crackle Plus, distributed the show worldwide.

Crackle linear and video networks are reportedly available in the U.S. They can be accessed on up to 27 devices and services, including Amazon FireTV, RokuTV, Apple TV, Smart TVs (Samsung, LG, Vizio), gaming consoles (PS4 and XBoxOne), Plex, iOS and Android mobile devices and on desktops at Crackle.com.

Lucha Libre A Tradition Loved The World Over was first published in LatinHeat Entertainment.