Joey in Vienna Zoo Cuddles Up to Mom in Heartwarming Video

Baby koala sticks close to her mother as she gets to grips with life in the enclosure.
By Georgina Jadikovska February 4, 2021
Facebook
Twitter
Linkedin
Email 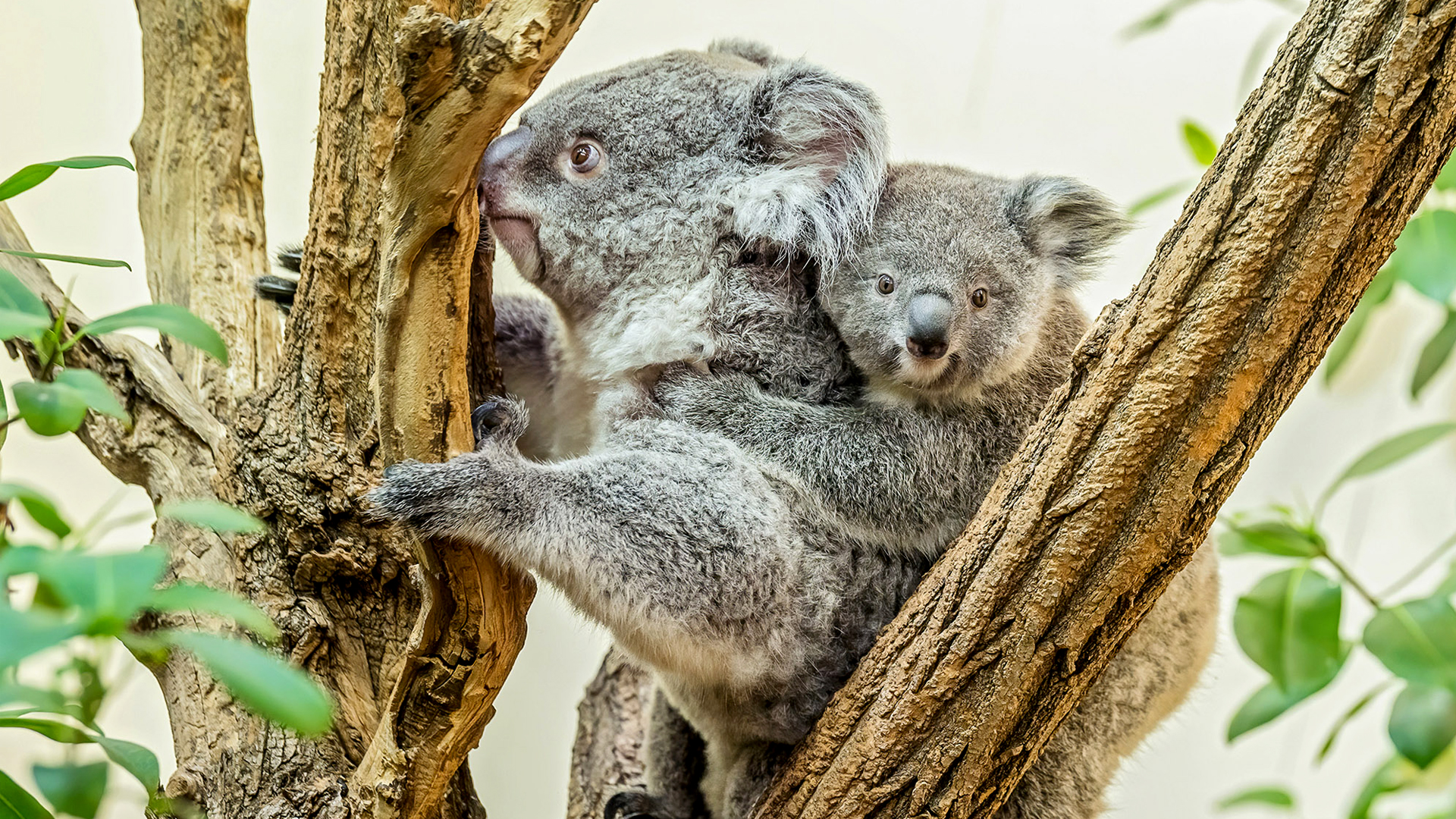 Baby koala Millaa Millaa with her mother in the Schoenbrunn Zoo in Vienna. (Daniel Zupanc/Newsflash)

VIENNA, Austria — A baby koala born in Tiergarten Schönbrunn or Vienna Zoo in Austria has turned 9 months old and is all set to amuse the visitors once the zoo reopens for the public.

In a video released by the zoo authorities on Jan 27, the cute joey can be seen climbing her mama’s back and making its way to the branches, reaching out to its food.

“Our #Koala girl Millaa Millaa is now nine months old and already weighs 1.9 kg,” reads a tweet by zoo authorities. “The little one likes to be carried around on the back by #Mama Bunji, cuddles up in the front of the belly, and is already making her first attempts at climbing alone.”

What makes this baby animal all the more special is that the Austrian tennis star Dominic Thiem has officially adopted it.

“Still so small and already such a prominent sponsor!” the zoo officials tweeted.

“In the training break was #Tennisprofi@ThiemDomi. Last Friday it was time for a #Zoo visit and took over the #paternity for the #Koala young animal.”

After visiting the zoo, Dominic Thiem said the visit was rejuvenating.

“The time at the zoo was a great regeneration for me. It’s just something completely different and I made great use of the short break.”

Dominic Thiem is an Austrian tennis player and ranks thirds in the world in Association of Tennis Professionals rankings.

Even though Vienna Zoo remains closed, little Millaa Millaa, a baby koala born in the middle of the pandemic, is developing nicely and getting ready for her first encounter with visitors.

“At first, Millaa Millaa was struggling with the big leaves because of their size. However, in the meantime, she managed to get used to them,” said, Simona Gabrisova, district manager.

Millaa Millaa and her mother Bunji are spending a lot of time together so the young koala can develop her climbing skills.

Like any other koala, she enjoys being carried around by her mother and cuddling. Being a predominantly nocturnal animal, Millaa Millaa takes long naps during the day and is mostly active at night.

“It was only in December last year that zookeepers discovered the baby as a female,” said the zoo authorities.

“Super- cute #news: Our zookeeper discovered a small pouch on the belly of the #Koala young animal,” the zoo authority had posted on social media on Dec 3, last year.

“So it’s a #female and already has a name: Millaa Millaa.

“Millaa Millaa is a beautiful #waterfall in the city of the same name in Queensland.”

Even though most of the food she consumes is provided by her mother, the little one is already adjusting to eucalyptus.

The zoo makes sure that there is fresh eucalyptus delivered from the United Kingdom every week.

Though, it is by no means cheap, due to the mutual outcomes of the current pandemic and Brexit.

Fewer flights and increased costs caused by the pandemic and Brexit have meant that the zoo now spends around €2,000 ($2,398) a week on eucalyptus, around 10 percent of the zoo’s feeding costs.

Schönbrunn Zoo is the world’s oldest zoo and is also a UNESCO World Heritage Site. It houses over 700 animal species, including threatened animals.

Koalas are mostly native to Australia, however, there is no legislation in the country to protect these beautiful animals despite being listed as “vulnerable” under the Environmental Protection and Biodiversity Conservation Act in 2012.