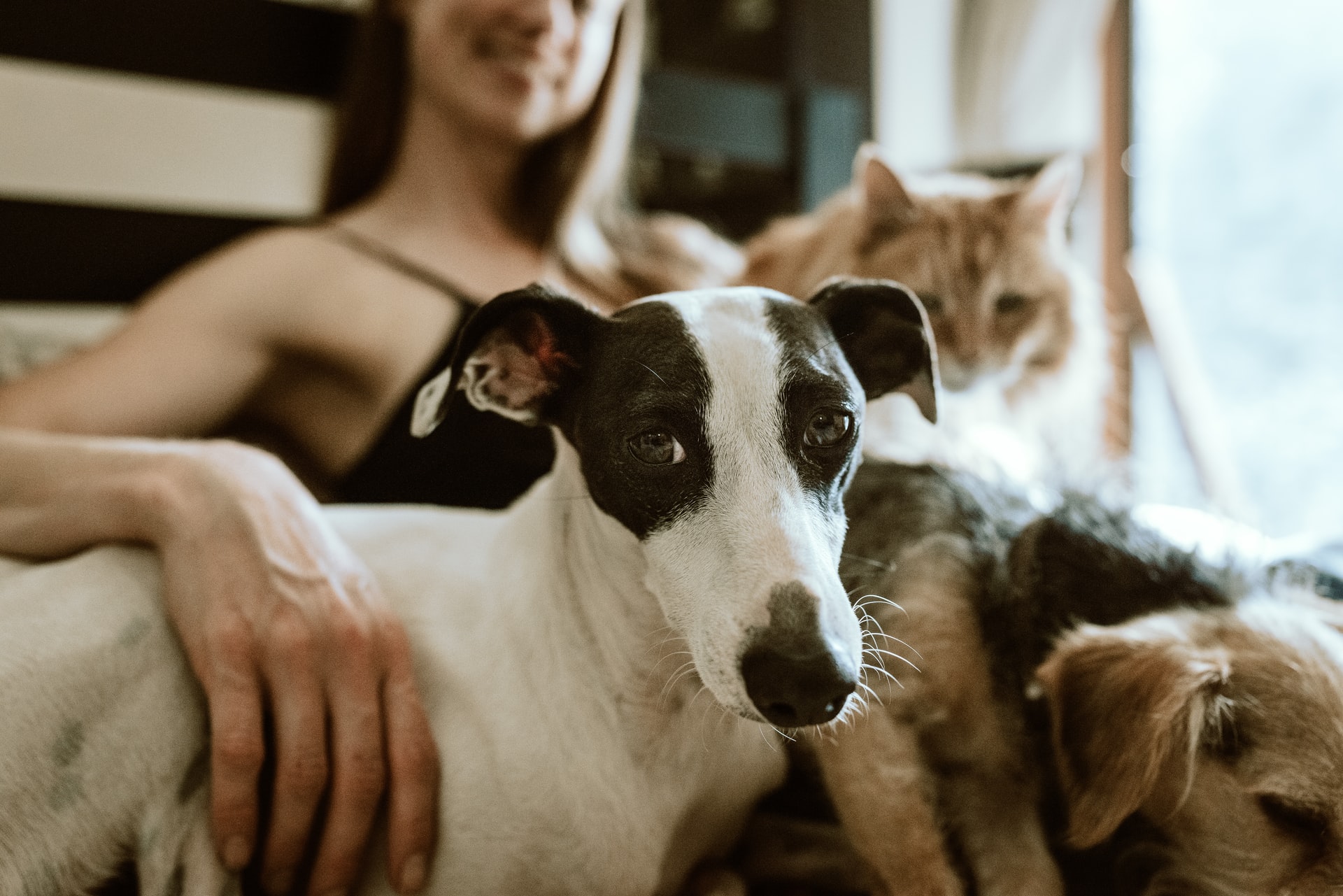 "The associations between human-animal companionship and mental health effects are...profound — people who keep companion animals often report reduced feelings of stress, anxiety and even depression," according to Candace Croney, director of the Center for Animal Welfare Science. (Chewy-gWzTum_yMCg/Unsplash)

Pet ownership has risen in the past year, and in the United States, about two-thirds of households, nearly 85 million families, now own them.

But the benefits go beyond companionship.

Having a pet in the home has physical and mental health benefits, experts told Zenger News.

The COVID-19 pandemic has propelled many worldwide to become new pet owners and others to add a pet. That’s even with confronting new challenges, such as uncertainty, lockdowns, remote work and schooling.

“Among the most important are the links to improved health outcomes, such as lower blood pressure, improvements in cardiovascular health and recovery from cardiovascular diseases and reduced levels of obesity, likely due to walking with their canine companions,” said Croney.

“The associations between human-animal companionship and mental health effects are also profound — people who keep companion animals often report reduced feelings of stress, anxiety and even depression, as well as faster recovery from psychological stress, reduced feelings of loneliness, and a greater level of social support,” she said.

As a result of stay-at-home orders due to the pandemic, Croney said the bonds with  “animal companions have been strengthened.”

“It’s now commonplace to see companion animals dropping in on Zoom and other work-from-home calls, suggesting that many, if not most, pets are enjoying more contact with their people,” said Croney. “People are frequently commenting that their animal companions seem to be interacting with them more, initiating positive contact, play and petting.”

These types of interactions are linked to the release of feel-good hormones that facilitate social bonding, such as oxytocin, she said.

Two of the authors of the study “(Non-Human) Animal Companionship: A Crucial Support for People During the COVID-19 Pandemic,” based on analyzing research from previously published studies, also told Zenger about the numerous benefits of the human-animal bond and interaction.

“Pets … are natural social supports in the home,” said Mary Elizabeth Rauktis, research associate faculty member at the School of Social Work at the University of Pittsburgh. “Whereas a small percentage of people may interact with a therapy animal, over 50% — and even higher in older adults — have pets, so that pets are a naturally occurring source of support in the home.”

Rauktis said pets provide the elderly “social capital … when they dog walk or use social media with their pets.”

“Given the increase in social isolation due to COVID, benefits of the human-animal bond may be more important now than at any other time in recent human history,” said Dr. Janet Hoy-Gerlach, associate professor of social work at the University of Toledo, the lead author.

In the United Kingdom, participants in a survey found their pets were a great source of comfort during the pandemic, helping them cope.

Of 5,926 participants, 5,323 (89.8%) had at least one companion animal. A majority of those surveyed indicated their pets helped them cope emotionally. The study concluded that “animal ownership seemed to mitigate some of the detrimental psychological effects of COVID-19 lockdown.”

Robert Kaczmarek, president of the Brussels-based Global Alliance of Pet Food Association, said during the global pandemic, he has seen an increase in pet fostering, adoptions and puppy acquisition in many countries, surpassing animal welfare organizations’ expectations.

In its 2020 Pets in a Pandemic report, based on a survey of 1,001 pet owners, Mars Petcare also found 1 in 3 pet owners got additional pets to cope during the pandemic. Some 58% cited companionship, but 36% said it was to avoid or alleviate depression.

Celebrities also found solace in pets. Alex Rodriguez and Jennifer Lopez chose a golden doodle puppy, Selena Gomez fostered a puppy during the pandemic, and Arnold Schwarzenegger named his new pet Dutch, after his character in the movie “Predator.”

What happens when lockdowns end?

Once lockdowns are lifted and people return to work, both pets and their owners will need to adjust.

“It’s foreseeable that as people start returning for work, the time they have to spend with their companion animals may be reduced. For many companion animals, this may make for a difficult transition and it could be difficult for some people, as well,” said Croney.

People should prepare their animals for the change in routine and recommended “practicing short, gradually increasing absences now, while setting pets up in safe spaces, such as crates or rooms, with high-value treats, toys, and other favorite items that keep them well-occupied should help both parties to adjust to back-to-work schedules,” Croney said.

“It is especially important for those who adopted animals during stay-at-home orders to plan in advance for their care,” she said.