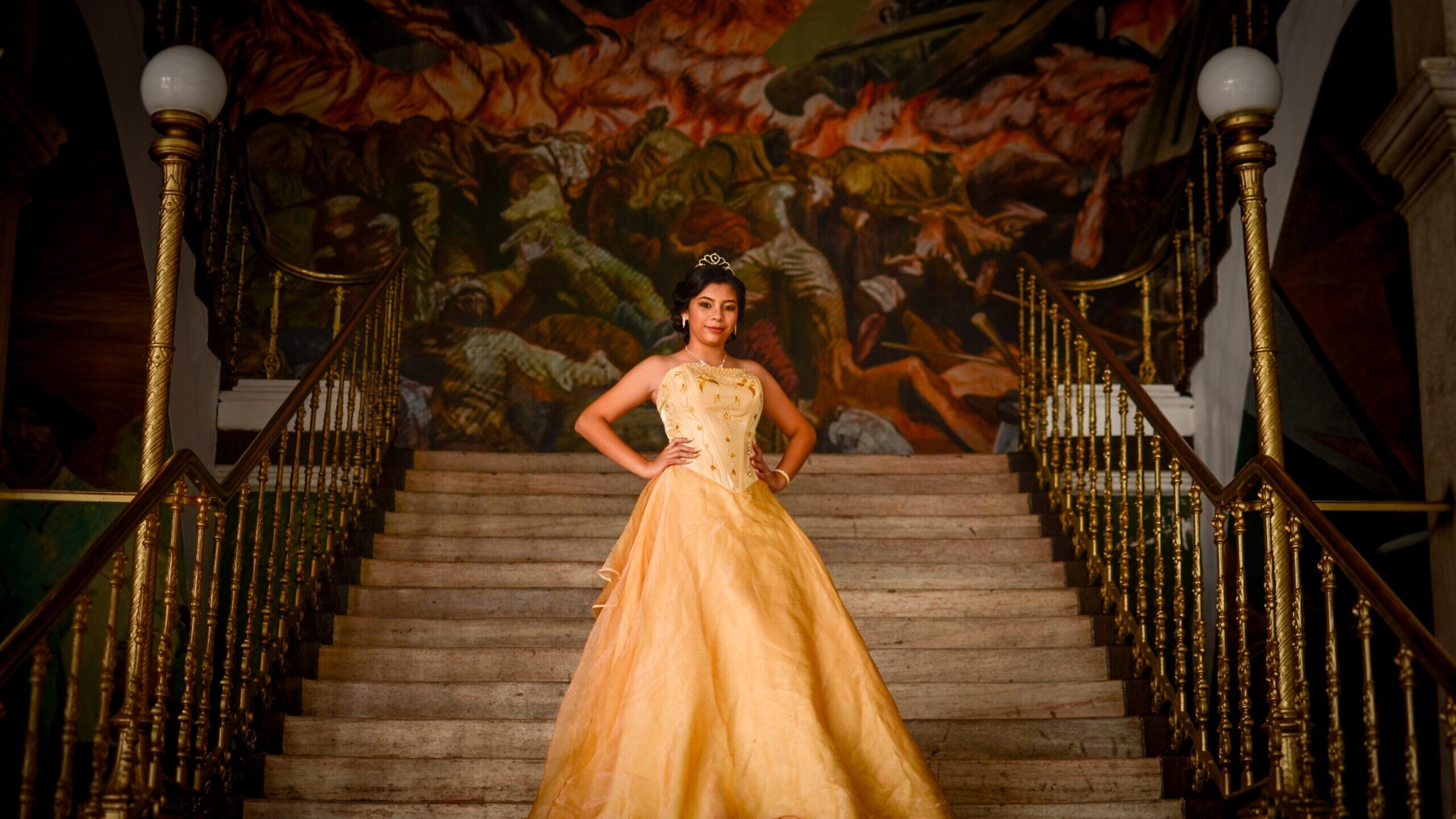 It’s one of the most important celebrations for millions of Latin American girls.

Various versions of the quinceañera celebration’s origin exist, but the most likely one comes from the Aztecs’ pre-Colombian traditions.

This ancient culture marked the entry to womanhood and the new responsibilities of adult life. When young women turned 15, they left their families for the Telpochcalli schools, where they learned history, traditions and other subjects to help ready them for marriage. When they returned home, they celebrated their quinceañera party.

The Aztecs lost many of their traditions when the Spanish conquered them, as they changed their beliefs to Catholic ones.

How has the tradition changed?

“The celebration that we see today, with the large dresses, makeup and slippers, differs greatly from the origin that this celebration had,” said Gilberto Pérez Argüello, a professor of history and graduate of the Benemérita Universidad Autónoma de Puebla. “According to some historians, cultures such as the Aztecs and the Mayans performed various rituals to indicate that girls were entering adulthood, so when they turned 15, they had to be stopped being treated as girls, and they were ready to be married.”

“When girls turned 13, they were taken to different schools to be prepared for marriage. However, the violent arrival of the Spanish brought with them an imposition of Christianity, which was not able to eliminate the cultural practice of this solemn event,” said the professor. “It later mutated, becoming a matrimonial agreement between families.”

By the 19th century, Emperor Maximillian, and his wife Carlotta, introduced the waltz and elegant dresses in Mexico. The dresses became part of the celebration, as the first dress that a girl uses when stepping into womanhood.

The ceremony begins with a Mass, where the young woman receives blessings from the priest and God. The celebrant then expresses gratitude for her childhood experiences and asks for spiritual guidance for the future.

In 2007, the United States Conference of Catholic Bishops approved a specific liturgy for the quinceañera celebration. Moreover, they started to consider girls who reached the age “adult person, entitled to receive a blessing that includes: the commitment of the quinceañera with God and the Virgin Mary, living a life according to the teachings of Christ.”

After the Mass ends, attendees go to a party, which begins when the birthday girl dances a waltz with her family and friends.

Later she does one or more dances alongside a group from 1 to 15 people of her choosing. Many times, she changes dresses for each dance. Afterward, she typically gives an emotional speech, and all then enjoy lunch or dinner and more dancing.

Upon reaching the age of 15, an adolescent has more responsibilities and privileges than before. These celebrations are usually expensive and, in many cases, exceed the budgets of the families involved. However, to prepare for those costs, many decide to save up for it one or two years in advance.

Many Latin American girls look forward to turning 15 and having their party. However, in recent times, more and more young women are opting to take a trip instead, which represents another cultural twist in this Latin American tradition’s long history.