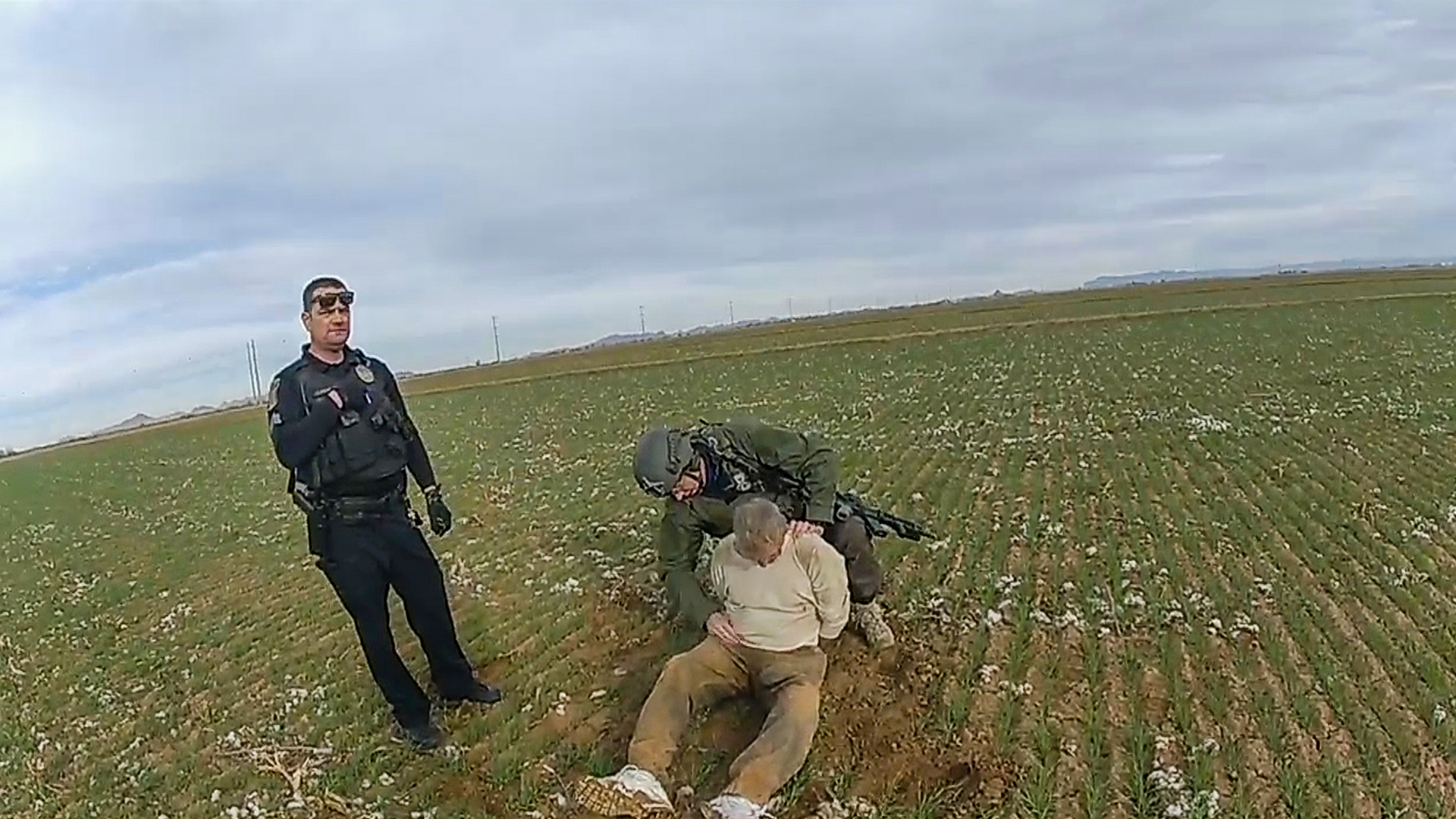 Law enforcement officers catch up to the fugitives and arrest them. (Arizona State Troopers/Newsflash)

ARIZONA, USA — Arizona police caught two escaped prisoners from a cotton field on Jan 28 after a five-day chase. The fugitives were on the run since Jan 23 after they managed to flee from the Arizona State Prison Complex in the town of Florence in Pinal County in the U.S. state of Arizona.

David T. Harmon and John B. Charpiot were serving the jail term on serious charges of sexual abuse, child molestation, and robbery.

In a Twitter post, the police added photos of the fugitives and said they attempted to rob a business in Florence on the day of their escape.

“I am grateful the escapees were safely taken back into custody,” said Harry Grizzle, head of Coolidge Police Department. “I am personally relieved for their victims and hope once again they can resume their healing process and know their attackers will no longer elude justice.”

Charpiot, who was locked up in 2011 for child molestation and sexual abuse, was serving 35 years in prison. While Harmon, who was imprisoned in 2012 for kidnappings and second-degree burglary, was serving 100 years, said Arizona Department of Corrections, Rehabilitation and Reentry.

After their escape, the Arizona Department of Public Safety had even announced a reward of $35,000 (GBP 25,573) against each absconder to those sharing any information about their whereabouts leading to their arrest.

“A reward of up to $35,000 per escapee is being offered for info leading to the arrest of the 2 inmates who escaped ASPC-Florence on Jan. 23, 2021,” reads the Twitter post shared by the Arizona Department of Public Safety early on Jan. 27.

The Coolidge Police Department received calls from many residents who said they had seen the escapees, and officers were dispatched to a cotton field just 14 miles (22.5 kilometers) from the prison around 9 a.m. on Jan 28.

Body-cam footage released by police on the day of the arrest shows Coolidge officers and U.S. Marshals chasing Harmon and Charpiot in a cotton field and ordering them to surrender.

After the two ignored the officers’ orders multiple times, they were tasered, tackled to the ground, and arrested. Harmon is seen with a bloody face in images, although it is unclear how this happened.

An investigation has already been launched into the escape to determine how the fugitives managed to get out, said Frank Strada, deputy director of the Arizona Department of Corrections.

“As for the $35,000 (GBP 25,573) reward, the timing of the residents’ phone calls will be looked at to determine who will claim the reward,” Col. Heston Silbert, director of the Arizona Department of Public Safety said. 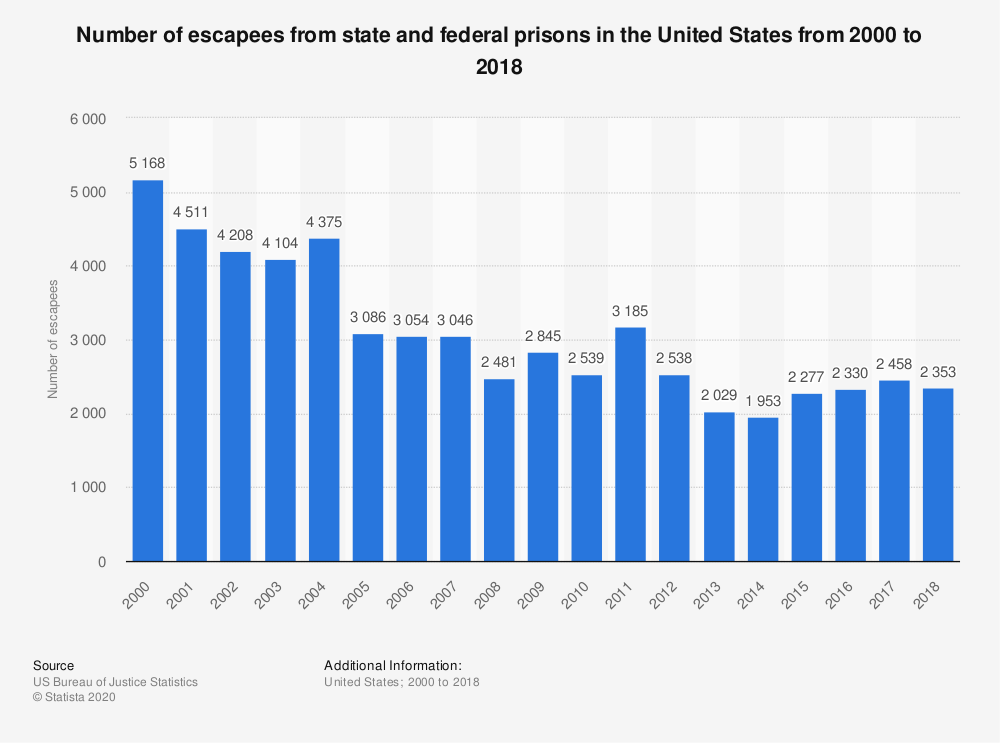 As per the Federal Bureau of Investigation, there were 1,203,808 violent crimes reported in the United States in 2019. However, in 2018, there were 16,214 reported cases of murder and nonnegligent manslaughter. California, with 1,739 murders ranked first followed by Texas (1,322 murders), and Florida (1,107murders).