R&B Chart-Topper J. Holiday Returns With A Fresh Variant On His Grammy-Nominated Sound

Promoting a steamy new single, “Ride,” the Billboard fave reflects on time, family and the wearisome side of the music industry. 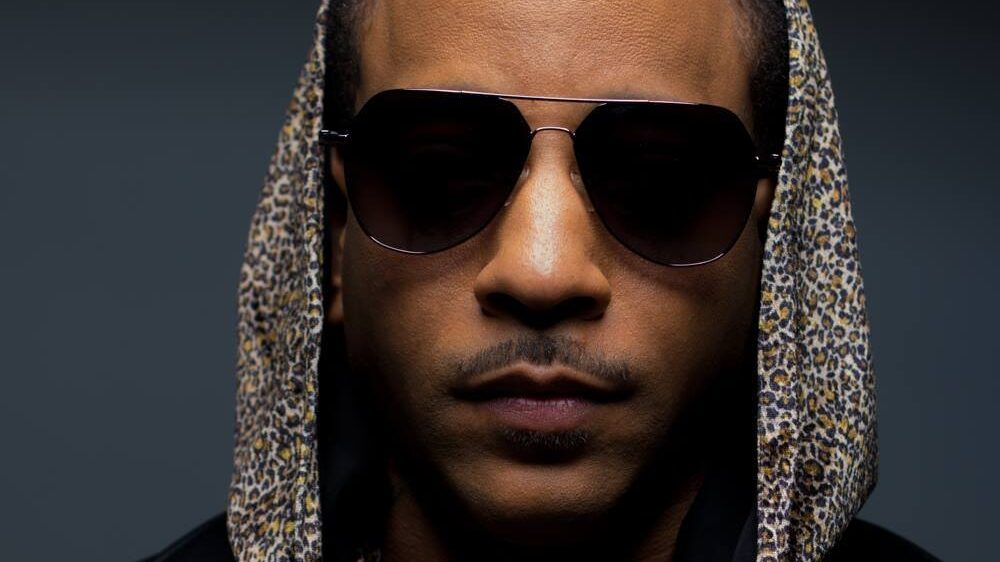 Songs like “Bed” and “Suffocate” pushed J. Holiday’s debut album, “Back of My Lac,” to the top of the Billboard 200’s R&B and Hip-Hop Album charts. Those hits recaptured what many felt was becoming an extinct form of true lovemaking R&B music. In 2009, “Back of My Lac” was nominated for a Grammy for Best Contemporary R&B Album; the top honor that year went to Mary J. Blige’s “Growing Pains,” putting “Back of My Lac” in admirable company.

With that nod, J. Holiday established himself as a force in the R&B world. Building on the success of that chart-topping debut, the Washington, D.C., native went back into the studio for his sophomore effort, “Round 2.” That album also debuted in the top five of the Billboard 200. Holiday felt his label didn’t push that album as it had his debut effort. After taking a break from the promotional side of the music industry, J. is back with a steamy new single, “Ride,” off of his forthcoming album, “Time.”

The album puts the element of time into perspective as it pertains to his life, his music and his family. Understanding music’s changing landscape, J. Holiday vows to deliver great work for his fans to feast on. The songwriter and singer goes deep with Zenger News, asserting that he has nothing to prove vocally, comparing the music industry to doing jail time, and opening up about the title of his forthcoming album.

Zenger News: It’s great to have you back in music and doing your thing.

J. Holiday: Ah, man, it’s great to be back. I never really stopped, but there is a difference between being creative and putting things out, opposed to actually promoting. So, it feels good to be back in the promoting aspect of things.

Zenger: I love the new single, “Ride.” It sounds like classic J. Holiday, but then you put a different twist on it. Tell us about the single, bro.

Zenger: You mentioned being back on the promotional side of this music thing. Have you kept up with the trends and changes since you’ve been away from that aspect of things?

Zenger: The album will be named “Time.” What prompted that title?

Holiday: A number of things. I have said being in the music industry is like doing time. The music industry can feel like prison sometimes. It can feel like a prison cell. People go into the prison system, and you’re the new guy in the prison, and it’s like, he’s the new guy, let’s check his card. Or you get transferred and it’s like, let’s check his card over here at the new prison. I just feel like I have always been getting my card checked. It’s like, J. talks a lot of trash, but can he back it up? Just that aspect. And there is the aspect of, time waits for nobody. I’ve taken a lot of time off. It’s just letting people know that, at the end of the day, you are who you are, and no matter how much time passes, I’m still going to be the same person. It’s just a lot of different aspects of what time is. And then the last one is, we don’t have a lot of time on earth. So, enjoy it. Whatever you’re doing, whatever you’re pursuing or going after, enjoy it, because you never know if that stopwatch is counting down or counting up. Most people’s clock is counting down. So, it’s just getting people’s mind twirling around the aspect of time. Is your time well spent or is it just spent existing? I’m looking at my watch; it’s 7:02, I have another interview to do. Time never stops, and it controls so many aspects of our lives.

Holiday: Ah, man, I learned about time before I was J. Holiday. One of two lessons my mother always taught me: Be a leader, not a follower; and always be on time and never make anybody wait for you.

Zenger: During your time away from music, would you describe yourself as bitter with the industry, disappointed, or something else?

Holiday: I just went through different things, and being a father, missing time in my kids’ life. It was just… do I keep stressing myself out and missing time with my kids, or do I keep putting this time into the industry? Because you can’t get that time back with your kids. The industry and music, you can get that time back. All you gotta do is have one hit single and it’s like, he’s back, he’s a billionaire again, but your kids are never going to look at you like that. Your kids are going to be like, but… I wanted you to come to this basketball game. I started looking at it like that.

You know, you go through your thing with baby mamas or whatever. They have a way of making you feel bad. They just do. And it’s like, “You know, I’m a good dude.” Even when you’re a good dude, they still have a way of… but it’s not enough. So, then it went from, “OK, you spending time with your son, but what’s up with the money?” So, it’s like, “What do you want me to do? You want me to be the dad or be the pocket?” It’s kind of hard to do both at the same time with the way that I make my money. Because of the pandemic, nobody can say anything because everybody’s messed up. Now, guess what? I’m going to spend this time with my kids. Until everything lifts, that’s what I’m gonna do. You can’t judge anybody because you don’t know what that person is going through. Somebody that you even think you know. All right, you had sex with them, that don’t mean you know them. She will see me in a different situation and another child comes to pass, “Oh, you going to be there for them, but not be there for your son?” But you don’t give me the access. You don’t give me that time.

Zenger: What’s your approach to the game musically now?

Holiday: My sound will never change. Like you said, “Ride” sounds similar to J. Holiday but it’s different, and we wanted it to be purposely that. We’re trying to get away from the “Bed” and the “Suffocate.” If you go back to… remember when Prince said, “I’m never going to perform any of that stuff again. I’m just going to start performing all this music that nobody knows.” But guess what? They still showed up to Prince concerts because it was Prince. Respect me for being J. Holiday and not for the record. So, we changed the sound a little bit. I’m going to be performing “Suffocate,” “Bed” and “Be With Me” for the rest of my life.

Music for a lot of people is like water. Whether it’s R&B or rap or whatever, it’s a rehydration for a lot of people for your spirit. I always made sure that I put that into the game. No matter what I am going through, I can be going through something and don’t believe my own lyrics. I’m telling you what I’m going through, but I might not really believe this because… I gotta deal with this in the morning. I recorded this song last night, but this song that I made last night not going to make me any money tomorrow. So, it’s a mindset. You always have to stay focused and be keen on what you wanna do. The biggest thing is to believe in yourself. So, for me, whether it’s streaming or whatever it is… I don’t like streaming.

Holiday: I think streaming is the cop-out to music. What can I do? You have to change with the times. Let’s figure it out. I’m going to keep my music the same and then we’re going to have to figure out how to sell it.

Zenger: When an artist expresses to me that they don’t like streaming, I recall an interview I did with Sheek Louch from The Lox. He said he actually misses packaging up your record, bringing it to DJs, taking them to lunch, and the legwork that went into getting people to hear your well-packaged album.

Holiday: It’s so funny, my mom has been collecting 12-inch vinyls — she don’t have a 12-inch record player in the house, but she got the 12-inch. But she’s never sold a song in her life, but for me, I have. I still have a closed package of the “Back of My Lac” CD from Japan. There’s nothing better than hearing somebody crack that plastic, bro. You can’t crack the plastic with this streaming shit, bro. If you get it from iTunes, how deep can you go in to see the credits? My last album that I put out, the insert was a fold-out poster — and we put money into that. But nobody is doing that anymore because they feel like we don’t need to. I just think that’s what’s missing in music.

Zenger: Do you think we ever get back to at least the grass-roots part of creating an album and putting it out there, or is this where we are and we’re staying with this formula?

Holiday: For us, as black people, no. Because we want to take the shortcut. We want to spend the least money to make the most money. Guess who is still doing inserts, CDs and in-stores and all that? Country and pop. You walk into Walmart and you still see a big poster of Taylor Swift, or you see a big poster of Toby Keith. It’s not what we’re doing. We’re not doing that anymore. I ain’t seen a life-size print of J. Cole yet. That’s when I feel like it was personal. Come to Sam Goody and on Tuesday the release date and get so and so’s CD. The packaging is missing. We have these phones… shit, I’m sitting here right now with my phone in my hand. It’s so crazy because nobody even realizes how numb we are to technology. It’s not even the young kids — it’s the aunties, uncles, mom and pops. You know what the young kids say? “Is it on iTunes?”

Zenger: I appreciate you, brother. Everyone, go download that “Ride” single. And I can’t wait to hear “Time.” Thanks for your time, my man.

Rhythm And Blues: Despite The Pandemic, Musicians Find Novel Ways To Reach An Audience

Got 12 Hours To Spare? Make Barbacoa

Capitol Invasion: We Were Let Down By Intelligence That Didn’t Predict A Riot, Say Police