Chocolate With A Cheese Chaser — A Colombian Delicacy

When Spanish and native flavors join together, it's Creole cuisine at its best.
By Vanessa Sam and Christian Valera Rebolledo February 3, 2021
Facebook
Twitter
Linkedin
Email 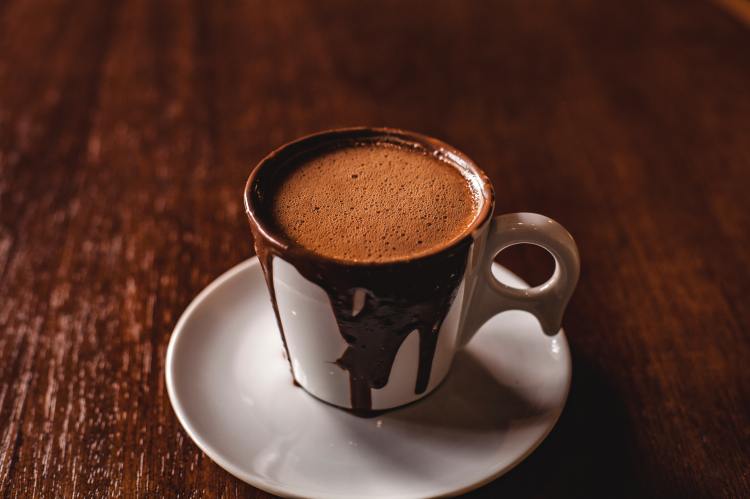 For those who cannot choose between sweet and savory, Colombia has the perfect dish for their palate!

Although the cocoa industry is one of the largest globally, Colombia is first in quality. The most consumed brands are the local ones in the country, and customers usually ignore foreign ones.

In fact, Colombians constantly reinvent ways to enjoy chocolate, seeking to enhance its flavor. It comes as no surprise that the unusual combination became one of Colombia’s national dishes: cups of hot chocolate with cheese on the bottom. This drink neatly combines salty flavors with sweetness.

People usually enjoy the beverage by drinking it with some bread — like a bolillo or arepas — which they dip in the hot chocolate to add textures. The cheese melts due to the heat and rises to the top, while the wet bread allows the consumer to enjoy many flavors with just a bite. Foreigners may not believe it, but Colombians enjoy drinking this beverage with their tamales, eggs, and even broths!

“People hear about chocolate with cheese and ask: Hot chocolate with cheese? And the answer is yes, it has cheese inside,” said Isabel Murrieta, a Colombian living in Mexico. “It is a typical drink in Colombia for drinking at breakfast or lunch. It is trendy and extremely delicious. If anyone has the opportunity to try it, they should.”

A tradition that arose by chance

Being a Latin American country, Colombia was under the influence of Spain for centuries. Although cocoa has its roots in native traditions, the Spanish influence shows itself via milk chocolate production.

Cocoa started as a therapeutic drink, since people believed it could relax anyone, which is why people now associate a cup of hot chocolate with a soothing experience.

In the pre-Colombian Americas, natives believed chocolate to be divine, but it was a bitter drink, not today’s sweet beverage. The Spanish took cocoa to Europe, adding sugar and vanilla, and soon hot chocolate spread to the rest of the Continent, where people started to add milk to it.

Like so many products, it soon returned to the Americas changed, where its popularity spread.

The drink is mainly popular during winter, yet it is also a complete meal, since many enjoy it all year long, in either the mornings or the evenings.

The Colombian delicacy is not difficult to prepare

“The recipe is pretty easy to make,” said Murrieta. “You just start boiling milk with a bar of chocolate inside. When it starts to boil, you beat the melting chocolate with a mill or put it in a blender. The important step is to have the diced cheese in the cup already so that the hot chocolate can melt it easily.”

The delicacy is typical in local coffee shops. It is also easy to prepare at home and share it with family and friends during special occasions or with visitors from another country. Colombians love to share their culture with others.

Which cheese can be used to prepare it?

“If you are in Mexico, Oaxaca cheese, or ‘quesillo,’ is the cheese to go. However, in Colombia, we use double cream cheese. That is why it is important to boil the chocolate before pouring it in, so that the cheese melts correctly,” said Murrieta. “It can be accompanied by cookies, bread, or whatever a person prefers.”

Colombians do not believe in limits, a cultural trait that enhances their culinary expertise. They have other similar dishes, such as agua de panela, sugar cane water, whether hot or cold, served with cheese, or cuajada con melao, sugar syrup with water and curd milk.

Cheese, just like chocolate and coffee, is one of the star products of the country. Colombians are experts on mixing sweet and salty flavors to create ambrosia.