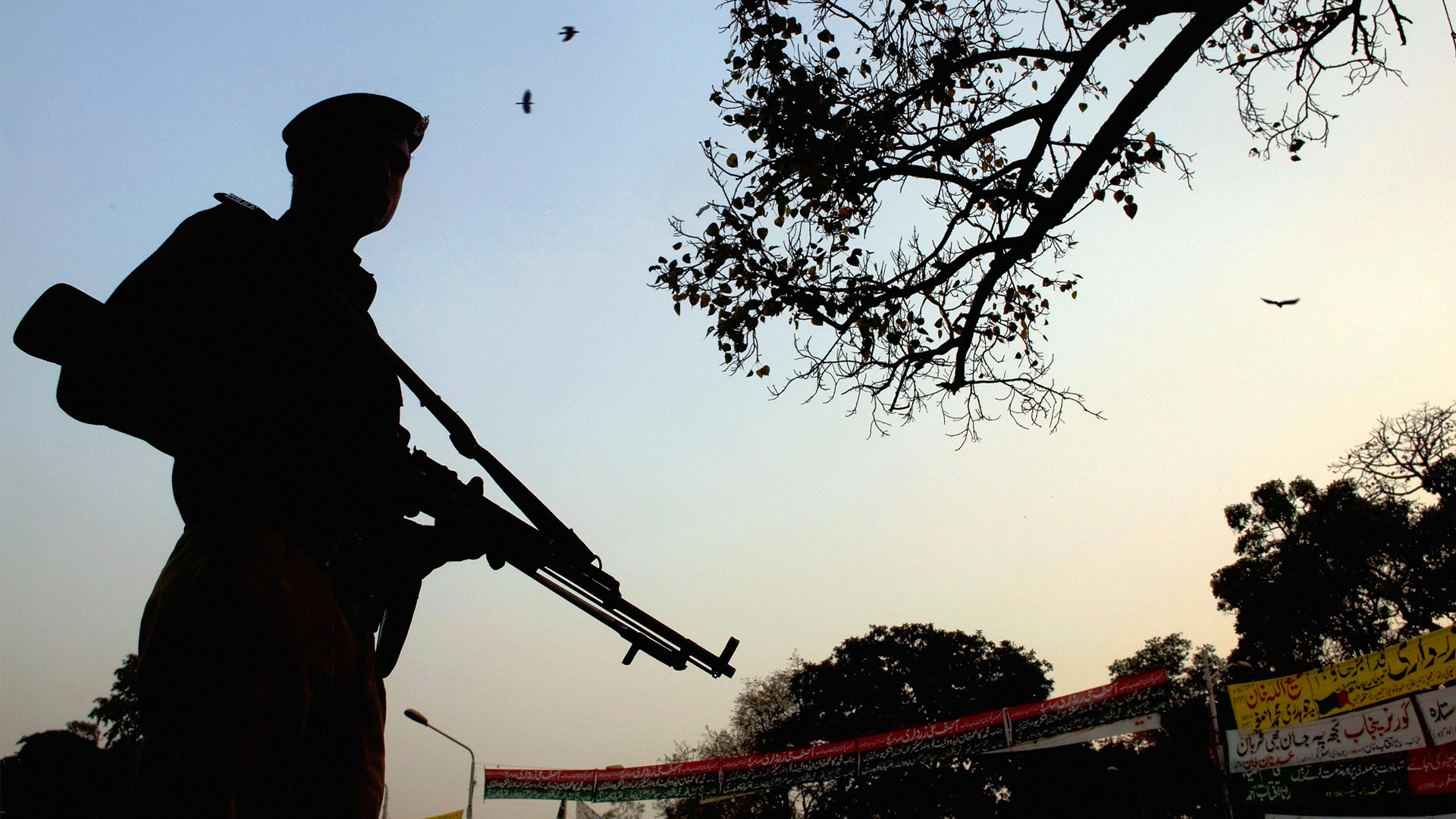 A judicial inquiry report presented before court on Jan. 13 called Satti’s killing a “murder” and recommended the termination of several officials to prevent them from manipulating the investigation. (Daniel Berehulak/Getty Images)

ISLAMABAD — Weeks after members of the capital police’s Anti-Terrorism Squad shot and killed a 22-year-old student in Islamabad, police have removed the investigation office at the request of the victim’s father.

The prosecutor informed the court on Jan. 25 that the officer had been replaced at the request of Nadeem Satti, whose son, Osama Nadeem Satti, was killed in the early hours of Jan. 2. His death prompted outrage in the country, and in the wake of the killing, five officers who were allegedly involved were fired.

The initial police report said that Satti was shot for ignoring police warnings to stop his car.

A judicial inquiry report presented in court on Jan. 13 called Satti’s killing a “murder” and recommended the termination of several officials to prevent them from manipulating the investigation.

The judicial inquiry report said that police shot Satti from all sides.

“The way Osama was killed, the amount of the power used, and the way the shots were fired proved that the intent was not to counteract but to kill him,” the judicial inquiry report said. “The post-incident handling of the affair indicated that the police officials at the crime scene tried to hide all proof, which indicates they were party to the crime.”

“Satti was driving a 660 CC car while the five police officials were in a 2800 CC vehicle,” said the report. “Therefore, it was hard to believe the account that they had to chase him for an exceptionally long time.”

The judicial inquiry also stated that it appeared that police waited for Satti to die.

“Satti’s body lay on the road while police vehicles surrounded it to keep the matter hidden from the public,” the report said. “Instead of shifting the body to the hospital, the officials kept it on the road.”

Advocate of the High Court Hasnain Haider Thaheem blamed police for what he said were a lot of loopholes in Satti’s case.

“This is a case of cold-blooded murder, where police officials deliberately gunned down the youth. It was a willful act on the part of the police, and not the first time,” Thaheem said.

Satti’s father alleged that his son was shot 22 times after being dragged out of his car.

“My innocent son was brutally killed by those supposed to provide security to citizens,” Nadeem Satti said. “My son’s car was neither shot from behind nor the front. He was rather pulled out of the car and shot. The car’s driving seat does not have any blood stains.”

Islamabad-based human rights activist Farzana Bari said that this was not an exceptional case.

“Police have been committing these crimes, taking law in hand,” she said. “The department of police does not only hold the reputation of being anti-people, but its culture is also anti-people. The incidents like Satti’s cruel murder shows that the police are failing as an institution.”

She said that the institution in Pakistan is corrupt and highly politicized.

“Nothing could justify the way they killed him,” she said. “Not even a terrorist deserves to be killed in this manner; this victim-blaming is like adding salt to the wounds of the family.”

Advocate of the High Court Syeda Bakhtavar Jaffri, founder of the Street Law Clinic in Pakistan, said that it is extremely hard to get a conviction in such cases.

“Pakistan’s judicial system is so strict that every point of the doubt will be deposited in the account of the accused,” she said.

“If the people are raising voices, if civil society is coming forward and playing its role and authorities are pressurized for a fair investigation, these cases would not be mishandled. In fact, there would be a decline in such cases,” she said.

Nadeem Satti met with Prime Minister Imran Khan on Jan. 13. After the meeting, he said that he was optimistic that the killers of his son would be punished.

“Hours after our meeting, we came to know that the police officials/officers involved in the incident were being removed from their positions; this is something encouraging for us.”

Bari said that it had been the practice in Pakistan that the entire machinery from top to bottom springs into action if the issue is vehemently raised by the civil society and media. Activists had taken to social media after Satti’s killing.

“Had Satti’s case not been highlighted by civil society, media and gone viral on social media, the whole episode would have been swept under the carpet,” she said. “Police reforms should be such that whether it is a theft case or a murder, the police force should work sincerely.”