Food-tech firms are competing to grow your next steak in a lab.
By Bernd Debusmann Jr. February 2, 2021
Facebook
Twitter
Linkedin
Email 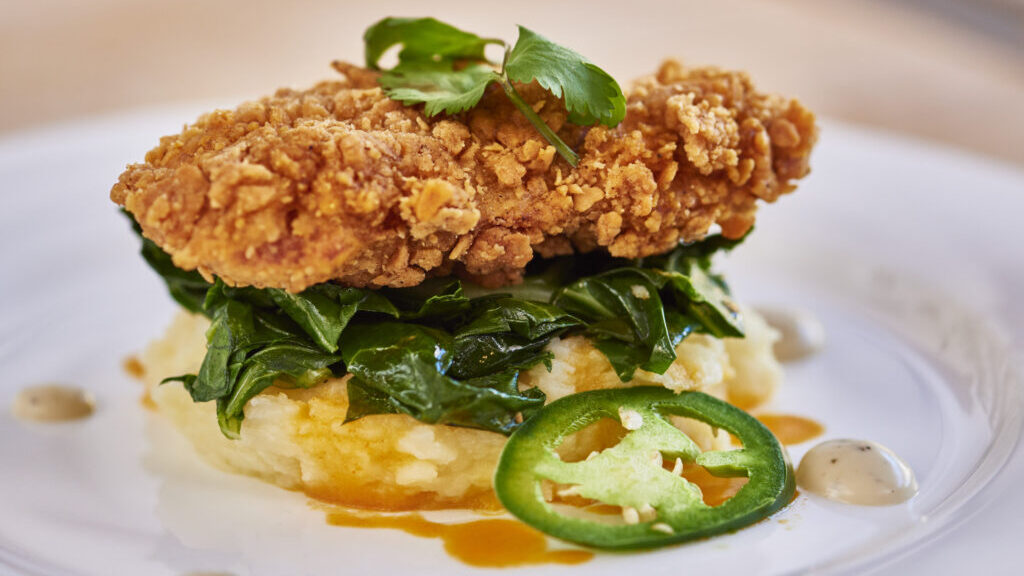 Despite rising demand for cultured meat and other cellular agriculture products, scaling up production and gaining public acceptance remain challenges, according to industry experts.

Cellular agriculture refers to the bio-technology — such as tissue engineering and synthetic biology — to create products that would otherwise be produced using traditional agriculture methods. In the case of cultured meat, products are creating using in vitro cultivation of animal cells, rather than the meat of slaughtered animals.

The global cultured meat market accounted for $72.6 million in 2018 and is expected to reach $291.4 million by 2027, growing at 16.7 percent per year, according to ResearchAndMarkets.com.

“Recently, we’ve seen a major trend toward consumers’ interest in how food is brought to their table, and food’s impact on themselves, their community and the planet,” said David Kay, director of communications for Memphis Meats, a U.S.-based food technology company.

“Meat is universal, and we’ve found an appetite for cell-based meat products exists across the globe,” Kay said. “Research indicates that roughly two-thirds of Americans would eat cell-based meat, and the more familiar people become with this innovation, the more enthusiastic they become.”

Market gets boost during COVID-19

Despite the rising popularity of cultured meat products, the market still pales in comparison to demand for processed meat, estimated at $519 billion in 2019, according to Fortune Business Insights. In the U.S., the revenue of the top 100 meat and poultry processors totaled nearly $228 billion in 2018, per the National Provisioner.

Proponents of cultured meat believe the sector will become popular with visibility.

Among those at the forefront of investment in cultured meats is Saudi Arabia’s Prince Khaled bin Alwaleed bin Talal Al Saud, the founder-CEO of KBW Ventures. To date, KBW Ventures has invested in four cellular agriculture companies across seven rounds in total, including Memphis Meats and BlueNalu, a California-based company that recently closed a $60 million financing deal that will allow it to take their first product — lab-grown Mahi Mahi — to market by the end of 2021.

“The science and the demand are finally catching up to one another, and it’s going to be a tipping point in the way we source protein for the world,” Khaled told Zenger in an interview. “In five years, I see the lab-grown everything industry as highly lucrative and thriving on an explosion in demand.”

The COVID-19 pandemic and concerns about climate change contributed significantly to a change in attitudes toward cultured meat products, he said.

“People were thrown into shock by the pandemic. Suddenly, clean meat didn’t sound so futuristic after learning about the potential for zoonotic diseases to proliferate and eventually end up in the food chain,” Khaled said.

“People are also shocked by our extreme weather events; the frequency and the severity are ever-increasing, and the climate crisis has now become real,” he said. “The climate crisis will also play a big role in turning more customers onto clean meats, seafoods and milks, as who wants to play a role in needless emissions?”

Cell-based beef is also hormone, antibiotic and microplastic-free, which makes it better for the environment.

The Good Food Institute’s 2018 State of the Industry report estimated that lab-grown beef reduces land use by more than 95%. “For climate change emissions, it ranges from 74% to 87%, and the often-ignored nutrient pollution by 94%,” he added.

Despite the rise of lab-grown products as a source of meat, a number of problems remain.

“The main challenge of the alternative meat category is to get more meat-focused individuals to try the product,” she said. “The biggest issue we hear from customers is the taste, texture and quality is not what they expect. However, once they try it, most consumers enjoy the product and feel better about what they are eating.”

Cultured products are still lagging behind plant-based products, the other form of alternative meat products, she noted.

“Plant-based products are continuing to evolve, and a majority of retailers are seeing sales growth. With the growth of these products, retailers expand their assortment,” she said. “As for the lab-grown meats, consumers need more education and need to better understand the benefits of lab-grown meat before they are willing to try it.”

“The biggest challenge for the entire industry will be scaling a high-quality, low-cost product,” said Kay.

While Khaled acknowledged that scale “is a challenge,” he said it is “very manageable” and expressed optimism about cultured meat’s future.

“By 2025, I think cell-based meat will have a good market share, and that’s one reason venture capital-backed companies are moving forward rapidly. These companies have the funds to work on scaling the solution, thereby making it affordable and accessible” he said.

“Public perception has come pretty far, pretty rapidly,” he added. “Some of the world’s biggest markets are favoring clean alternatives. Once these population hubs are onboarded, it will be so much better for everyone.”

An earlier version of this article stated that KBW Ventures invested in six cellular agriculture companies. It invested in four such companies, across seven rounds. Zenger regrets this error.