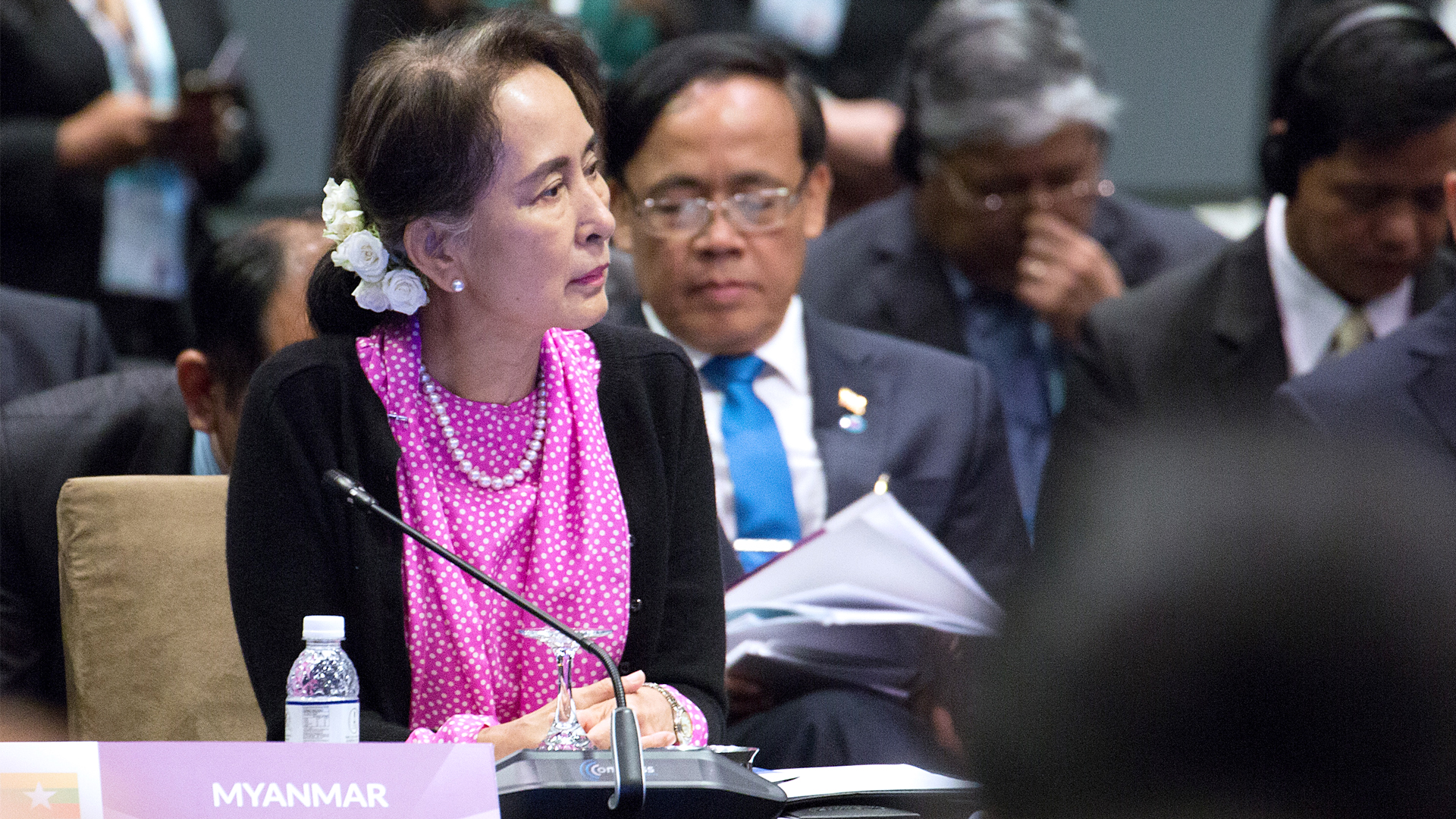 The citizens of Myanmar woke up on Feb. 1 to find that they were under military rule after a coup deposed the country’s elected leader, Nobel peace laureate Aung San Suu Kyi. She was detained by the military, along with other senior government officials.

Troops patrolled the streets after the military declared a one-year state of emergency.

The coup occurred on the day parliament was to convene and form a new government. Suu Kyi’s National League for Democracy secured the overwhelming majority (83 percent) of seats in the Nov. 8, 2020, election, the second contested poll since the end of military rule in 2011. 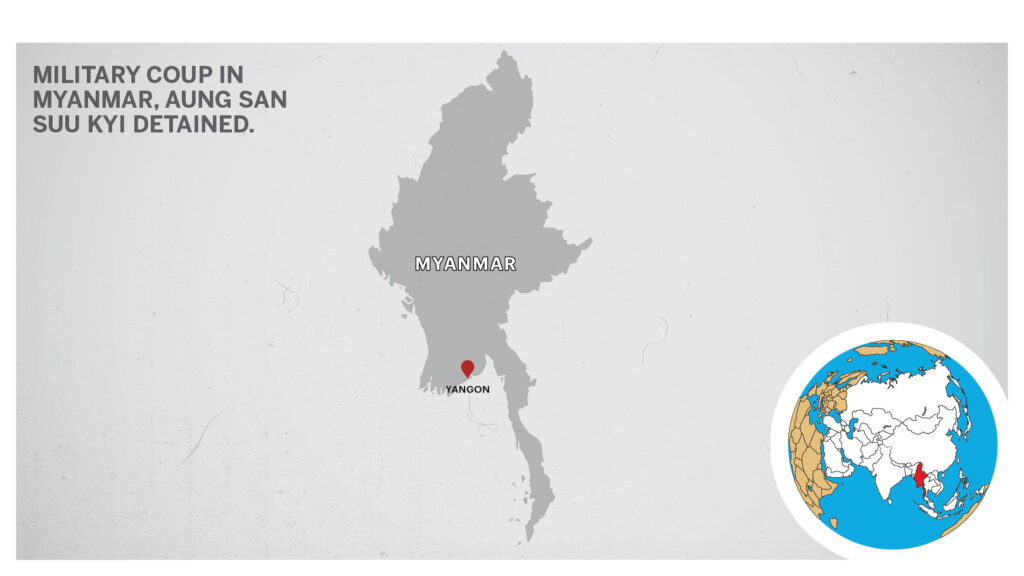 Following the defeat of many of its party members, the military claimed election fraud.  Myanmar’s election commission declared the poll to be transparent and fair.

Myawaddy TV, the military-owned channel in Myanmar, announced the need to preserve “stability” in the state.

Under Myanmar’s Constitution, the military is guaranteed 25 percent of all seats in parliament, and the armed forces also get to appoint the heads of key ministries as well as one of two vice presidents.

“Suu Kyi was supposed to conduct the meeting of the lower house on Feb 1, and she was detained just before that,” said Sanjay K. Bharadwaj, professor of South Asian Studies at New Delhi’s Jawaharlal Nehru University.

Bharadwaj said that Suu Kyi’s party wanted to amend the constitution to reduce the army’s powers and its role in national politics.

The United States, Australia, the EU and the United Nations were among those to immediately condemn the coup and to urge the military to release all the detainees and accept the election results.

The White House issued a strongly worded statement that said in part, “The United States opposes any attempt to alter the outcome of recent elections or impede Myanmar’s democratic transition, and will take action against those responsible if these steps are not reversed. &mldr; We continue to affirm our strong support for Burma’s democratic institutions and, in coordination with our regional partners, urge the military and all other parties to adhere to democratic norms and the rule of law, and to release those detained today.”

India, which shares a border with Myanmar, also stated its support for the elected government of Myanmar.

“We have noted the developments in Myanmar with deep concern,” India‘s Ministry of External Affairs said in a statement. “India has always been steadfast in its support to the process of democratic transition in Myanmar. We believe that the rule of law and the democratic process must be upheld. We are monitoring the situation closely.”

India’s relationship with Myanmar was strained during prior years of military rule there.

“India started to ignore the internal issues of Myanmar,” said professor Bharadwaj. “India only focused on geo-economic interest to have better physical connectivity with the neighbors. On the other side, China has built a lot of stake in Myanmar in recent years. The entire Myanmar military is funded by China.”

According to local reports, Min Aung Hlaing, the armed forces commander-in-chief, said that the military must protect and abide by the Constitution, but if one does not follow the law, it must be revoked.

“The generals have taken Myanmar back by decades even as the Democrats let down Myanmar’s minorities and deceived the world,” said Salil Tripathi, an Indian author and editor. “The Burmese people deserve better. The only option is to support them. The monks, the military and the lady [Suu Kyi, whom the generals called “lady”] failed them. The world mustn’t.”