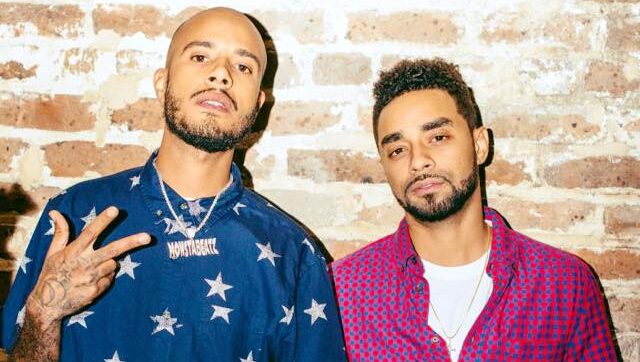 Next Sunday, Feb. 7, Leonard Fournette and Tyrann Mathieu will represent their respective teams, the Tampa Bay Buccaneers and defending Super Bowl champions the Kansas City Chiefs, in Super Bowl LV. As Louisiana natives and LSU alumni, they will also have “The Boot” on their backs. In particular, they represent New Orleans’ Seventh Ward, an area where a lot of talent is emerging.

But the Seventh Ward is also home to cousins John “Jean Lephare” Fitch and Daryl “DeeLow Diamond Man” Harleaux, who have been grinding for years in the studio. The music producers struck gold last year, providing tracks for New Orleans native Lil Wayne’s Grammy-nominated and Billboard Chart-topping album, “Funeral.” Their catalog is pegged with A-list rappers that include other New Orleans natives Curren$y, Mack Maine, the gone but not forgotten Young Greatness, and the legendary Fiend.

Off the home front, greats like Wiz Khalifa, French Montana, Trinidad James, The Cool Kids, Lloyd, Migos and the late Nipsey Hussle all rap over MonstaBeatz tracks. The producers’ nonstop work ethic reflects the Seventh Ward. It will never be easy to defeat the New Orleans streets, but somehow, much like the guys competing for a Super Bowl championship in Tampa, DeeLow and Jean are emerging from the hardships of the streets and sharing their talents on the world stage.

In a recent conversation with Zenger News, the partners talk about what makes them tick, vibin’ with legends, and DeeLow’s hot-selling new sneakers, the Diamond Bolt Signature Ones.

Zenger News: We have a whole lot of Louisiana representing on this call. Been keeping up with you MonstaBeatz boys for a minute. How is everything going?

Zenger: You guys have put beats on all the heavy hitters — Lil Wayne, Migos, Wiz Khalifa. How did it all start?

Lephare: We grew up together. We’re cousins, and our family always been close. My family was real heavy into music, and we just hit it off. Starting in the kitchen, in the bedroom, just dabbling with music and messing with beats and stuff.

Zenger: Do you feel like ya’ll have a sound and no matter what the industry is doing you guys remain true to your sound?

DeeLow: You gotta keep up with ’em, ya heard me? But the thing is, you do what you love. You do what you feel. That’s what we do. We be in the studio, and sometimes it’s like, “We need to make something like this,” but for the most part it’s just us doing us.

Zenger: I interviewed Ayo N Keyz in the past. They are the producers of “WAP.” I asked them, so I will ask you guys too: As a producing duo, how do you guys make it work in terms of creativity and the process?

Lephare: We bounce ideas off of each other. Sometimes I will come up with something with the chords and he might start running drums. It’s really just a matter of bouncing ideas off each other. “You like this? Then that’s going in there.” If it’s something we don’t like, we change that and keep it moving.

Zenger: If there is a disagreement, is the idea scrapped or do you usually meet some sort of medium?

Lephare: If we’re both feeling it, we’ll keep trying. We’ll keep pushing to get the idea down. But it’s usually not a disagreement. It’s more like, “All right, you don’t like it, just scrap it. Let’s move on to the next thing.” Next!

Zenger: The Lil Wayne tracks that y’all provided on the “Funeral” album — how did that come together?

DeeLow: Through our guy Fuke. But we been knowing Wayne and his whole crew. We real close with all of them guys. Like Mack Maine — Jean went to school with Mack Maine. It’s just a timing thing, because we been doing our thing for a long time with Curren$y. It was a timing thing, and now it’s full-fledge, bruh, and it’s lit.

Lephare: The first song we did with Lil Wayne was on the “No Ceilings” project. We go way back with Wayne.

DeeLow: Fuke hooked it up. We were in the studio with Lucci Lou, the whole Sqad and all them boys. Lucci Lou shot a video, and while they were recording “No Ceilings,” Fuke must’ve seen the video and was like, “Tune, look,” [a reference to Lil Wayne’s nickname, Lil Tunechi] and that’s how that started.

Zenger: Wayne is considered the proverbial GOAT by many in and out of the industry. Definitely if you’re from Louisiana, he’s high on your list. What is it like to create with such a talented person, and be around him and see what makes him tick?

DeeLow: Of course, he is. It’s so crazy, bruh, because we haven’t been in the studio with him yet. But we’re always talking back and forth, bruh.

Lephare: Met him a couple of times, but not in the studio.

Zenger: Technology allows you to make great music with a person and not have to be in the same room with them anymore.

DeeLow: Facts, but he definitely reaches out to us and talks to us, so that’s cool.

Zenger: Does it require great chemistry for you to give someone a beat, or can you provide a beat for someone you don’t necessarily have a great relationship with?

Lephare: It’s always good to have chemistry, but like you said, you’re emailing stuff to people. They have their own vibes; we have our own vibes. You never really know what somebody is looking for. But through the power of email, you can send about 10 beats, and most of the time, one or two out of that package, they can vibe on it. But it is good to have that chemistry where you’re in the studio with people and bouncing ideas off each other with the artist.

DeeLow: Yeah, that’s when the best come out, man. When you’re in the studio with ’em. I ain’t gonna lie.

Zenger: You guys don’t have just a Southern sound, and that’s apparent from some of the people you’ve worked with. What makes MonstaBeatz sound fit any coast or region?

DeeLow: I think our sound is versatile. We don’t just have one sound. We can do anything. We can make any kind of beat. Like I told you before, it’s like a vibe, so when we get in the studio, we might be fucking making a West Coast type of beat because that’s our vibe at that moment.

Zenger: How did you link with the late great Nipsey Hussle?

DeeLow: I don’t know how Nip got the beat. They must have pulled it off YouTube or something. The name of the song is called “Seven Days a Week,” but the name of the beat was on “The Planes,” [by] Curren$y and Wiz Khalifa. The thing is, after he rapped on it, he hit us up on Twitter. Hit us up in the DM and was like, “Yo, we gotta work.” Me and Jean flew out there to LA ASAP. We met up with him in the studio, and there was a little area before you get in the studio, and he made us sit up there and wait for us. Nipsey came and he wanted to talk to us first.

Lephare: He wanted to get to know us. He was like, “Hold up, before I let ya’ll up in my space, I gotta see who ya’ll are.”

DeeLow: He loves us, bruh. We went in the studio and he picked out about 10 beats. I don’t know if he rapped on them or not, but that’s what happened. It was a good vibe, man. That guy was amazing. He was telling us what he was about to do back then, with that shirt stuff. He had the Crenshaw shirts. We were supposed to get one, but we had left. I was hurt when he got killed. My whole life changed after that, bruh.

Zenger: What is the perfect studio vibe for you?

DeeLow: We probably got different things for us. For me, I gotta have a ton of fucking weed and not a lot of people. I don’t like a lot of people in the studio. And I like small studios. I don’t really like big studios.

Lephare: The time I grew up in music, I’m used to big studios, but I like the small studios too. It’s really about the artist. What do they want? As a producer, you gotta kind of cater to what they want. We want them to feel comfortable and be in their vibe. It really don’t matter to me. I just like making music.

Zenger: Give us the rundown of the artists you guys have worked with.

DeeLow: Quavo with Young Greatness, Migos, Lil Wayne, Takeoff, Curren$y, Taylor Gang, Lloyd, Meek Mill, French Montana. French came to the studio and recorded “Coke Boys 3.” That whole fucking thing, did it at our studio. They spent like three days in our shit. Trinidad James, Styles P, Bun B, Chris from the Young Gunz. A lot of them people were with Curren$y. Fiend — that’s my brother.

Lephare: Can’t never take his name out of it.

Zenger: Fiend is a legend.

DeeLow: Legend! Who else? … Project Pat.

Zenger: That’s a hell of a catalog. Dee Low, tell us about the shoes you just dropped. It looks like they are moving well.

DeeLow: Yes, indeed, man. We made 100 pair and 50 of ’em sold out on the first day. Nuts! By the weekend, we plan to have them all gone. It’s crazy, bro. We dropped the DBS1s [Diamond Bolt Signature Ones]. Jean named them. They can go to www.diamondboltcollection.com  and grab a pair and get some gear while they’re there.

Zenger: What can we expect from MonstaBeatz in the near future?

DeeLow: Beaucoup songs with Wayne. He hit us up and said, we’re working. Right now, we’re doing a lot with the GOAT. It’s love. [Record label] Young Money [Entertainment], all that is our family. We do other things, but we like to focus on one thing, and we’re at it. We’re on it.