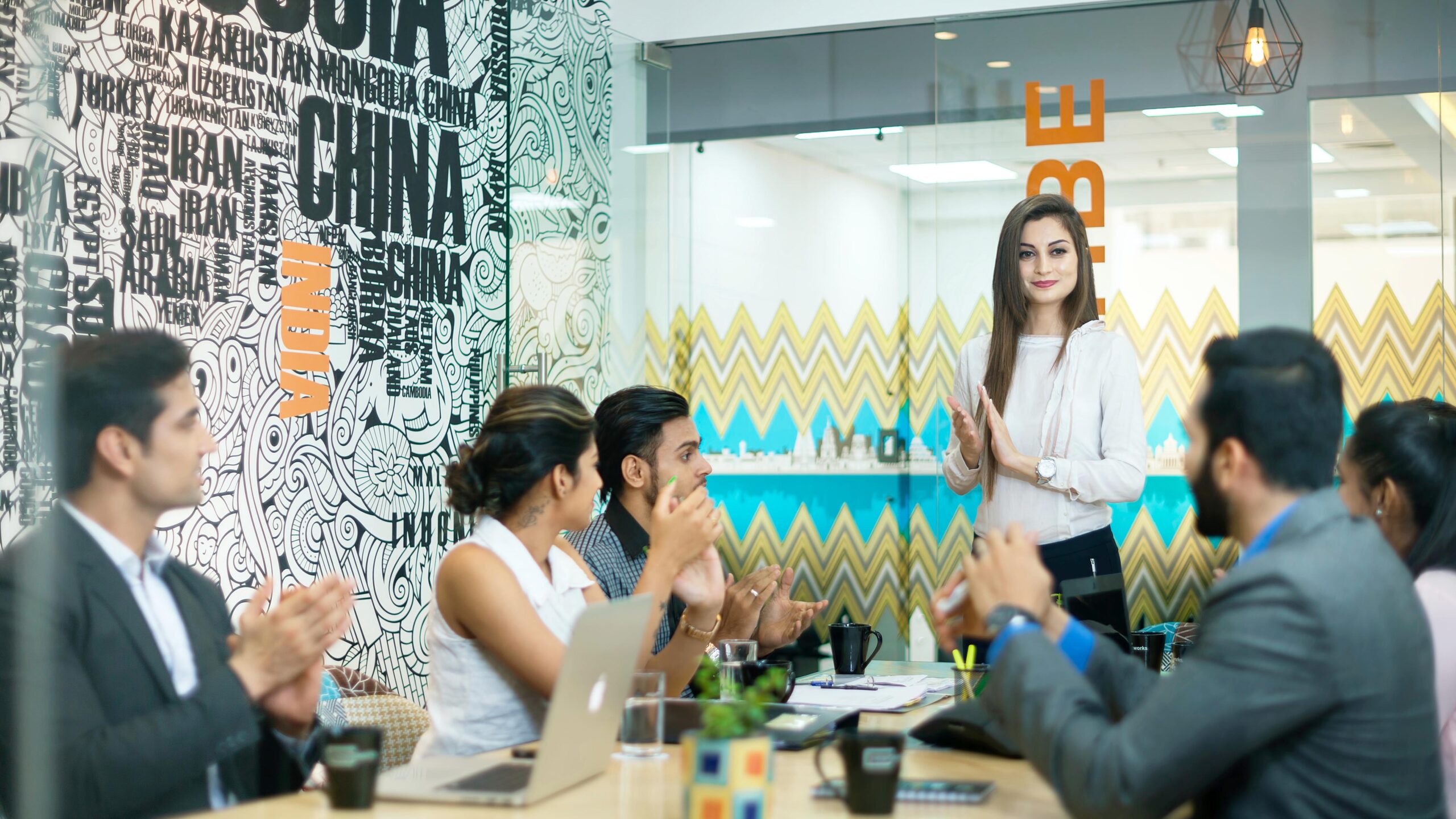 Reason why India is favored for outsourcing, according to a 2020 report by Goldman Sachs, has to do with lower wages for Indian technology developers when compared with wages in developed economies. (Smartworks Coworking/Unsplash)

BENGALURU, India — Foreign firms outsourcing jobs is big business for India’s IT firms, with revenue for the sector projected by rating agency ICRA to increase by up to 9 percent in 2021-22.

Indian Information Technology firms posted healthy growth last quarter, backed by an increase in the number of outsourcing deals with foreign clients.  Many deals came with “rebadging” — the practice of transferring employees from one organization to another. While this trend is not new in the IT sector, it has increased during the pandemic.

Indian multinational corporation Infosys signed its largest IT outsourcing contract, worth around $3.2 billion, with German automotive firm Daimler in December 2020, absorbing about 600 Daimler employees as part of the strategic partnership deal.

Software firm Wipro, in the same month, signed a $700 million digital and IT partnership deal with German wholesaler Metro AG. Some 1,300 Metro employees will move to the Indian firm.

The increasing pace of rebadging deals indicates that global businesses are facing cost pressure due to the pandemic, prompting them to opt for outsourcing technology work to Indian service providers, as well transferring employees.

One reason why India is favored for outsourcing, according to a 2020 report by Goldman Sachs, has to do with lower wages for Indian technology developers when compared with wages in developed economies.

“The average wage differential for technology developers in India and the U.S. remains high at more than 5X. This has helped drive the movement of technology roles to India, particularly at a time when COVID-19 has resulted in the expansion of the WFA (work from anywhere) environment,” said the Goldman Sachs report.

The pandemic led to a shift to work from home across many sectors, including IT in India.

Currently, 96 percent of employees of Tata Consultancy Services, India’s largest IT services firm, work from home. At Infosys, the number is 97 percent, and at Wipro, 98 percent of staffers work remotely.

Such widespread adoption of “work from anywhere” operating model without any dip in productivity and security breach has convinced global enterprises to outsource more IT work to Indian service providers.

India accounts for nearly 55 percent of the $200 billion-$250 billion global services sourcing in 2019-20, a report by the India Brand Equity Foundation states.

In geographical terms, the U.S. remains the key market for Indian technology firms, contributing more than 50 percent of their revenues. Europe contributes around 20 percent to 25 percent of revenue to Indian IT firms.

“Offshoring has definitely increased, which is positive for Indian service providers,” said Supaul Chanda, vice-president at Experis. “A number of new clients have been added, and global enterprises are also looking at increasing capacity or setting up new centers.”

L&T Infotech’s revenue share from offshore efforts at the end of December was 55.7 percent, compared with 51 percent a year earlier.

Some analysts, however, are skeptical about outsourcing, due to the threat of job losses in the countries where these deals originate. Not all of a company’s outsourced employees get absorbed by IT firms, and some are eventually let go.

“Enterprises in the U.S. and Europe are facing cost pressure due to the Covid-19-induced economic downturn,” said Pareekh Jain, an outsourcing adviser and founder of Pareekh Consulting.  “So, many firms are taking these cost-cutting measures to survive. In hard times, there is less resistance to such rebadging deals. The only thing is that these companies are trying to do it as humanely as possible.

“However, there is always an element of redundancy in every rebadging deal, which may lead to job losses after a few years,” Jain said.