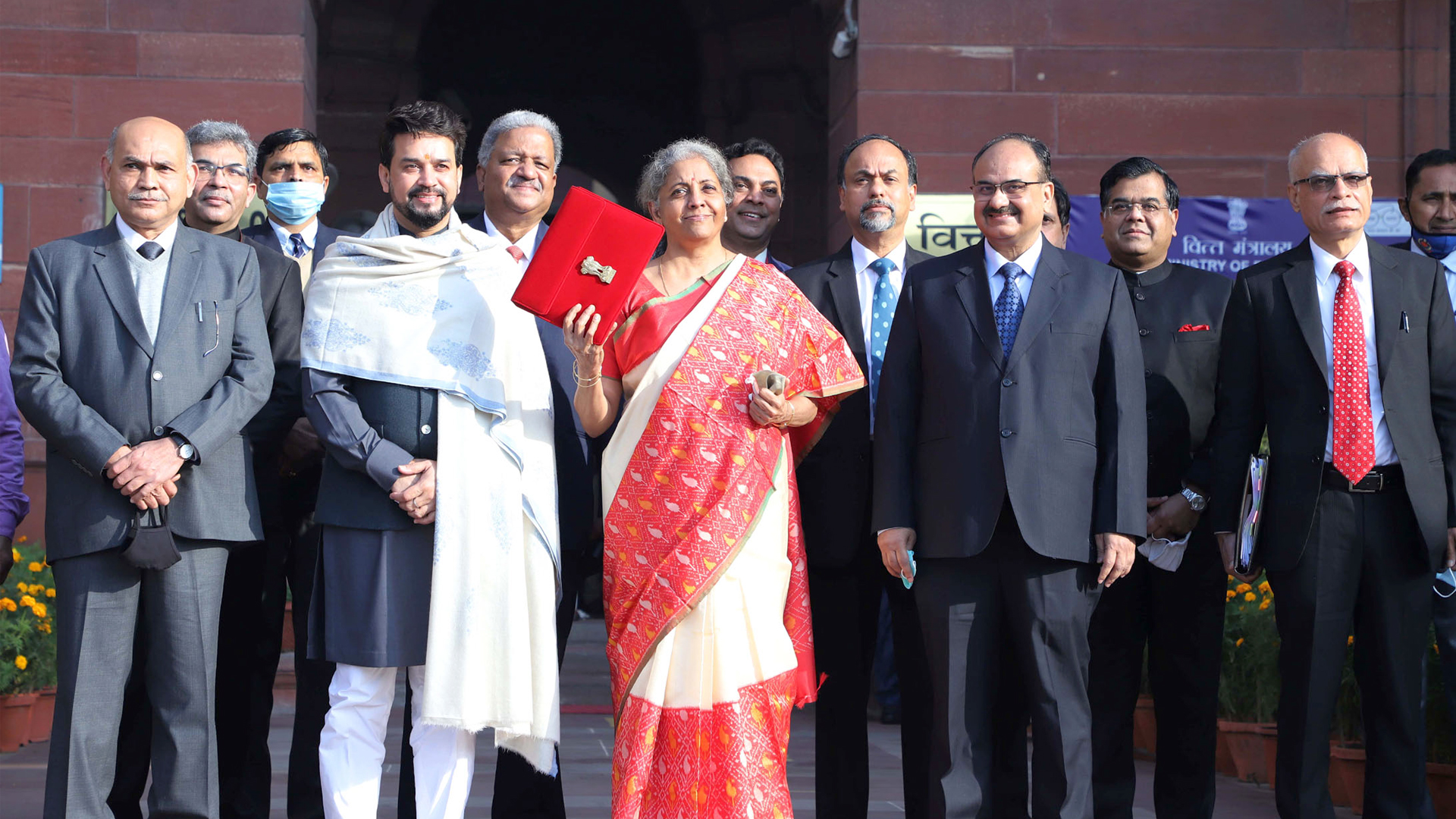 India has focused on opening its insurance sector to foreign investment and earmarked funds for the Covid-19 vaccine in the Budget for the financial year 2021-22, presented by Finance Minister Nirmala Sitharaman in the parliament on Feb 1. 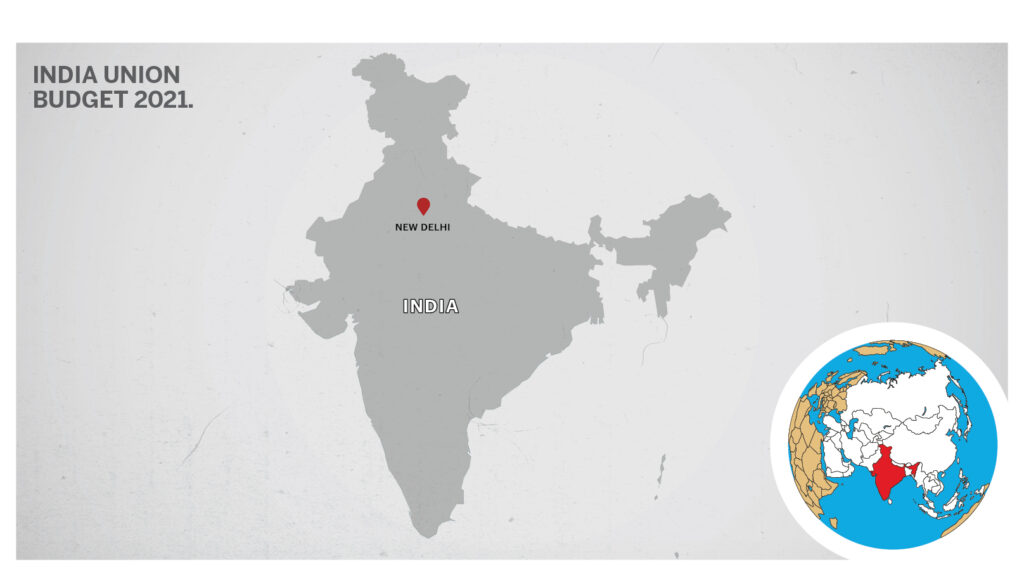 Battered by the pandemic

With two successive quarters of negative growth and adverse effects of the pandemic, India’s economy — the fifth-largest in the world — has gone into recession. In 2019-20, India’s Gross Domestic Product (GDP) was $2.8 trillion.

But according to government estimates, it might shrink 7.7 percent this year.

“At the beginning of the current financial year, the pandemic’s impact on the economy resulted in a weak revenue inflow,” said Sitharaman. “This was combined with high expenditure to provide essential relief to vulnerable sections of the society especially the poor, women, Scheduled Castes and Scheduled Tribes.”

Over the past few months, the government has provided at least three rounds of stimulus to the economy. The total impact of these packages as well as measures taken by the country’s central bank, the Reserve Bank of India, on the exchequer is INR 27 trillion ($369 billion) — 13 percent of the Gross Domestic Product. 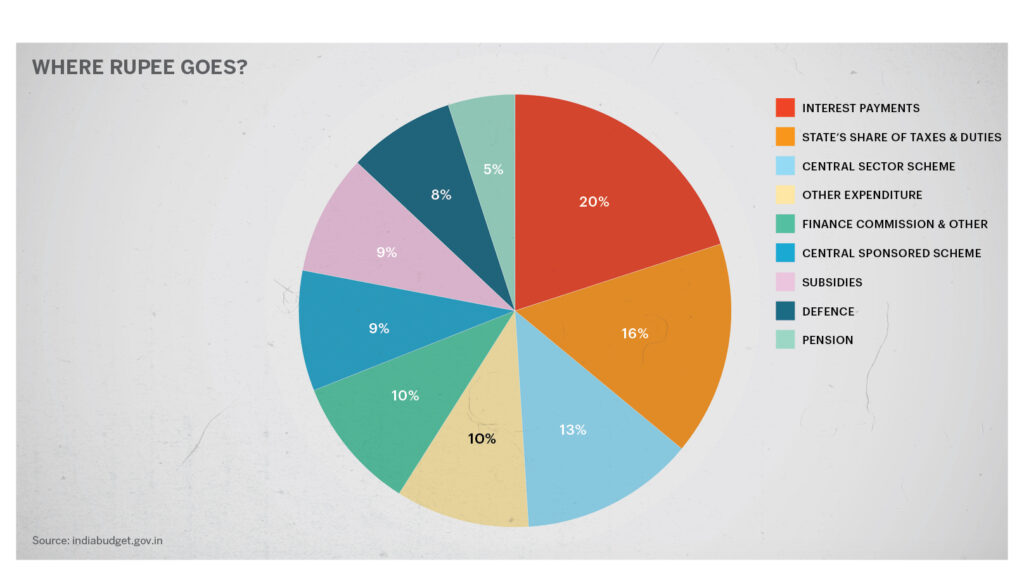 For the next financial year, the target of the fiscal deficit is 6.8 percent of the Gross Domestic Product.

“I want to confidently state that our Government is fully prepared to support and facilitate the economy’s reset,” said Sitharaman while presenting the Budget.

For the first time in years, the government has not changed the direct tax rate. While less than a fifth of Indians pay direct taxes, there were fears that the rates would be raised.

“The absence of any big negatives to spook sentiments is a big positive in itself,” said Mohit Malhotra, chief executive officer, Dabur India, a major consumer goods company. “There is no ‘Covid cess’ or increase in tax rates as was being anticipated in the run up to the Budget.”

However, Sitharaman added a cess of INR 2.5 ($0.03) per litre of petrol and INR 4 per ($0.05) litre of diesel as an agriculture infrastructure and development cess.

Automobiles and mobile phones could become more expensive for Indians, as the government has raised some custom duties.

“For greater domestic value addition, we are withdrawing a few exemptions on part of chargers and sub-parts of mobiles. Further, some parts of mobile rate will move from nil rate to moderate 2.5 percent,” Sitharaman said. 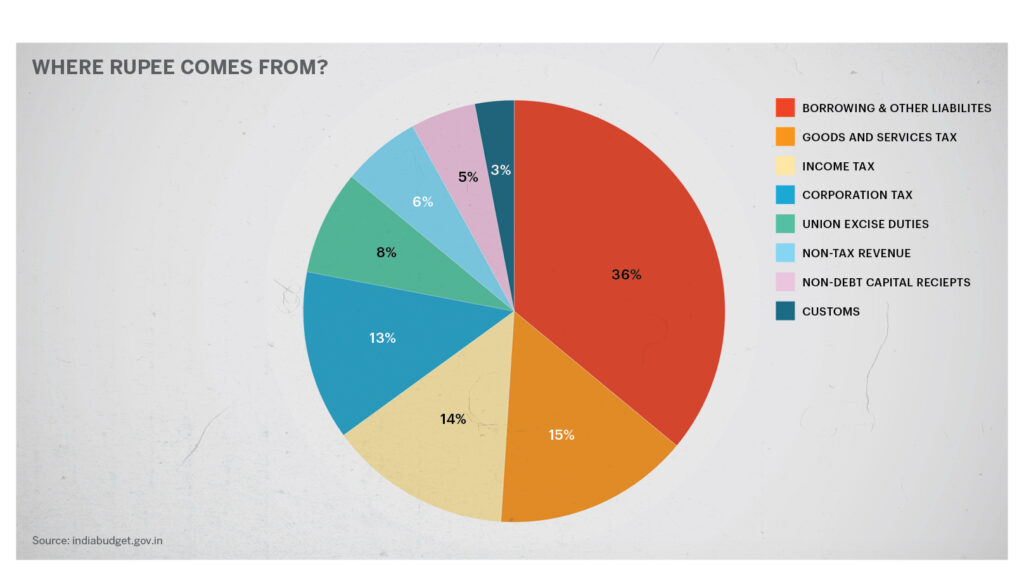 The markets responded positively to the Budget announcement, with the S&P BSE Sensex index surging over 2,300 points — the sharpest ever Budget-day rally — to settle at 48,601 points, a rise of 5 percent over Friday’s close. The Nifty50 index rose 4 percent to touch 14,200.

“The fiscal stimulus in India during the current year has been significantly lower than most G20 peers,” said Anand Rathi, chairman, Anand Rathi Financial Services.

“With the initiatives of this current budget, India utilized this available fiscal space to boost growth. We need to see the fine prints of the Budget to arrive at definite conclusion.”

Despite the high fiscal deficit and higher borrowings by the government, there was optimism that the money was being used to boost the economy. The government plans to borrow around INR 12 trillion ($164 billion) in 2021-22.

The idea of a “bad bank”, which will absorb the soaring bad loans of India’s public sector banks, also seem to have boosted market sentiment.

Healthcare is a major focus of the Budget, which will come into effect in the new financial year from Apr. 1.

The government has earmarked INR 35,000 crore ($4.8 million). It embarked on the largest vaccination program on Jan. 16.

Standalone expenditure on health, however, is projected to decrease to INR 74,602 crore ($10 billion) in the next financial year compared to this year at INR 82,445 crore ($11 billion).

Infrastructure is another major focus of this Budget.

The government has set up a development finance institution, called the National Bank for Financing Infrastructure and Development, with a base capital of INR 20,000 crore ($2.7 million). It aims to lend INR 5 trillion ($68 billion) in the next three years.

“There is a big emphasis on capital expenditure on building key infrastructure both in the rural and urban parts of the city,” said Vineet Agarwal, president, Associated Chamber of Commerce and Industry.

“There has also been big focus on highways, better connectivity to ports through roads and rail and bringing down cost of logistics to make Indian manufacturing competitive in the world.”

The government has also given several concessions to start-ups. Start-ups will get exemptions from capital gains exemption tax by one more year to Mar. 31, 2022. They can also claim tax holidays for another year.

The government is also incentivizing incorporation of one-person companies.