Bali declared a “garbage emergency” across a six-kilometer stretch of coast that includes once-popular beaches. 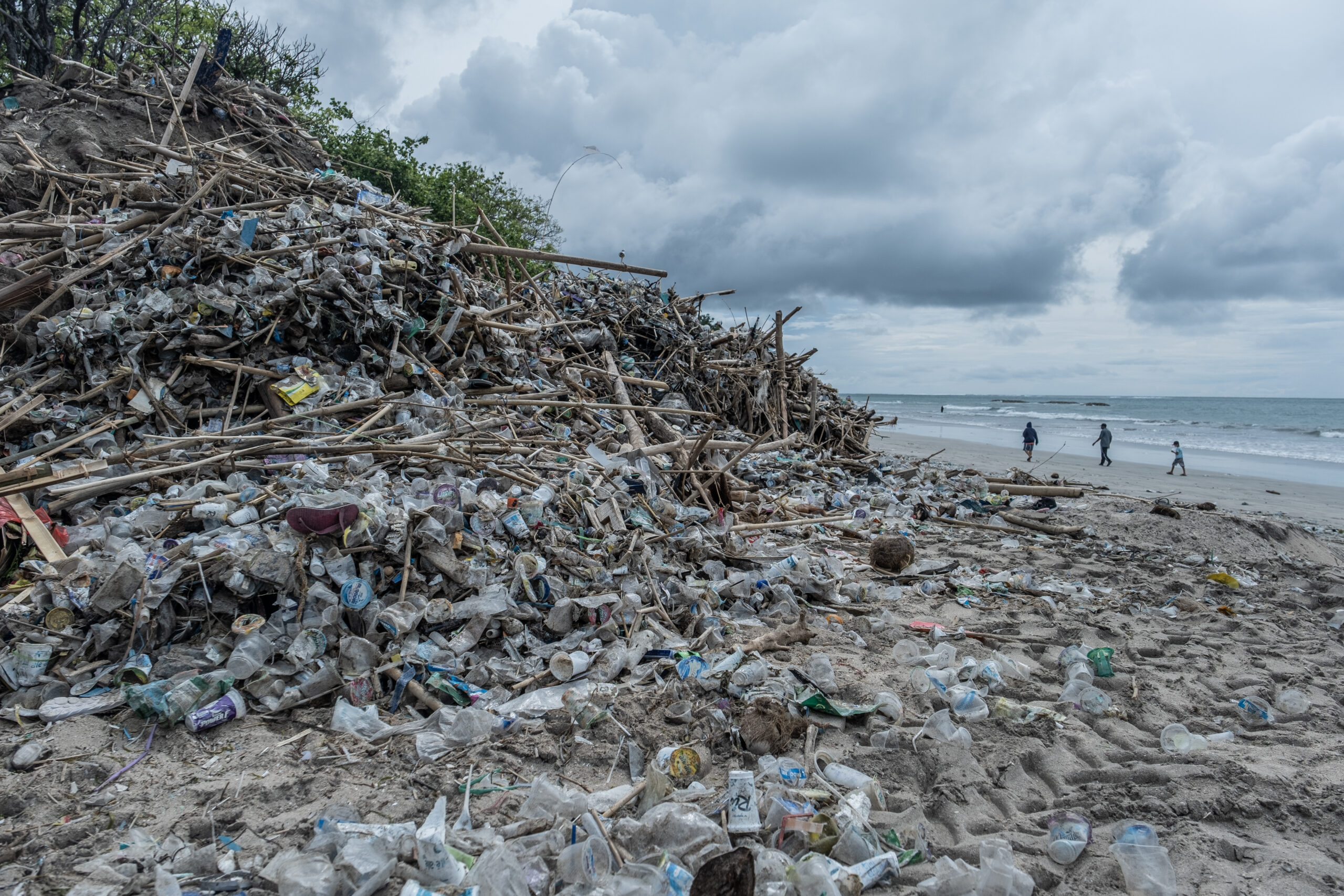 Piles of rubbish seen at Kuta Beach in early January in Bali Island, Indonesia. Workers and local residents clean up more than 88 tons of trash every day as it washes ashore during the northwest monsoon season. (Photos and videos by Agung Parameswara)

BALI, Indonesia — Bali’s pristine beaches, Indonesia’s main draw for tourists, are paradise. But days after the new year began, relaxing on the white sands of Double Six Beach and in the surrounding areas became impossible. An invasion came ashore, disrupting the placid waters with mounds of scattered trash — much of it plastic waste.

It’s not unusual for Bali, where the northwest monsoon season drives a rubbish crisis from December to March. All kinds of waste washes up on Bali’s western shores. Workers and volunteers have cleaned up more than 88 tons of trash every day, according to local government officials. The crisis has grown so bad that they declared a “garbage emergency” across a six-kilometer stretch of coastline that includes popular beaches like Jimbaran, Kuta and Seminyak.

A 2014 academic survey from the Center for Remote Sensing and Ocean Sciences at Udayana University found that 75 percent of the trash along Kuta Beach, popular among international tourists, was plastic.

More than 200 people gathered on the morning of Jan. 5, 2021 to clear rubbish along nearly two kilometers of Kuta Beach. Despite heavy rainfall, they were aggressive about clearing the trash. Some brought rakes, and others used their hands to collect the plastic trash in the sand. With all the debris in just a few central collection points, government workers could scoop it all up with heavy machinery.

At Jimbaran Beach, restaurant staff struggle to clean up the beach before welcoming customers for dinner.

The rubbish problem is making 2021 the worst year ever for Bali, adding a new crisis on top of the struggle to survive during the COVID-19 pandemic. Beaches haven’t returned to normal. There are no international tourists at Kuta Beach, once popular for surfing and tanning.

Bali’s economy shrank by 12.3 percent during the third quarter of 2020 as all-important tourism income dried up. The tourism sector, home to nearly the entire local labor force, accounts for about 80 percent of the island’s economy. Only local tourists still come. They’re shocked to see the sea full of plastic food and drinks packaging and other rubbish.

It’s normal for debris to wash up on beaches as the tides roll in and out, and the Balinese in Kuta find uses for timber and branches. But the increase in plastics has changed everything.

A 2017 study published in Jurnal Segara, the Indonesian government’s marine science journal, showed that trash entering the Bali Strait is carried to the south by currents that can take it to nearby East Java in just four days. From there it rides the waves toward the coastal areas of West and South Bali, joining a flotilla of garbage that ends up in the Kuta region between six and nine days later. Researchers found Kuta Beach alone can accumulate 11–22 tons of plastic and 22–38 tons of wood after just 15 days.

Indonesia is part of the United Nations Environment Program’s Clean Seas Campaign, an attempt to stop the flow of plastic trash polluting the oceans. As part of its commitment, the government has vowed to reduce marine plastic waste by 70 percent by 2025.

The Balinese government announced in 2018 that it would ban single-use plastic, a change that took effect in June 2019.