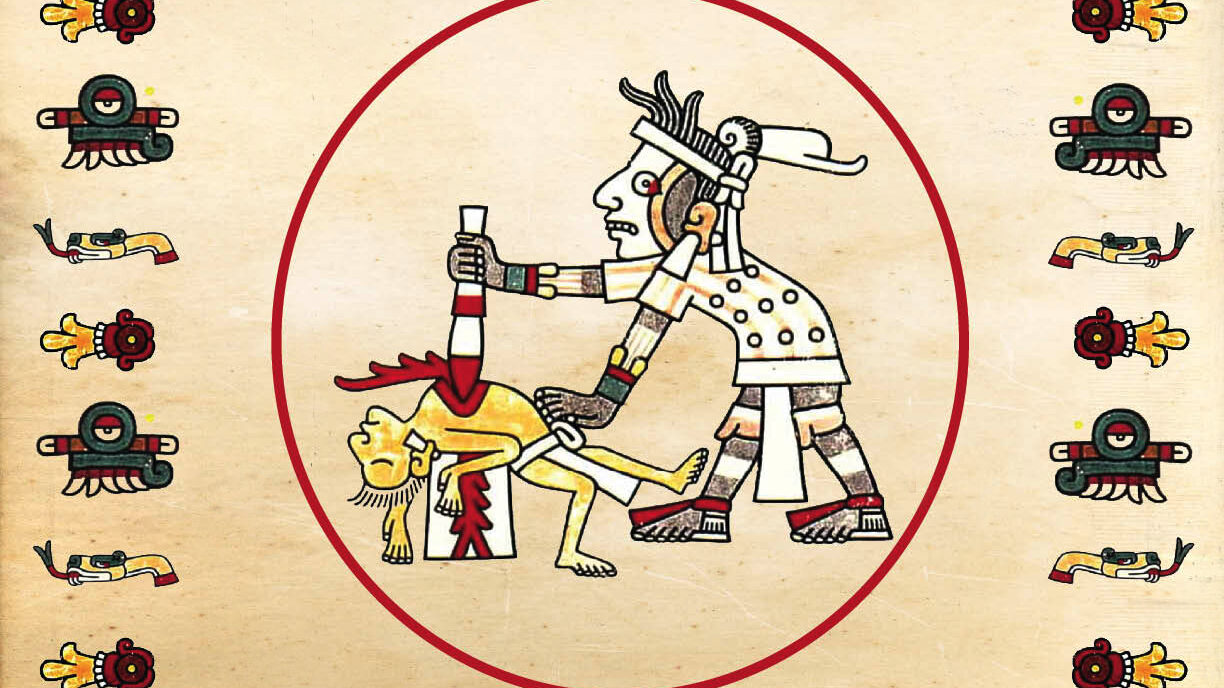 An Aztec (or Mexica) sacrifice is depicted in the Mexica Codex. (Public Domain)

One of history’s greatest misconceptions is the Aztecs’ human sacrifices. Though viewed as barbaric to modern-day eyes, such rituals were an essential part of the civilization’s religion and had massive spiritual symbolism.

There were three kinds of sacrifices: self-sacrifices (effusions of blood); those associated with war; and agrarian ones. Contrary to modern belief, the sacrifices were not a daily occurrence. Instead, they were part of festivals or offerings to a deity.

Such rites were part of Aztec philosophy, an introduction to their gods’ world, where people would give something valuable so that gods would give something back to them. The rituals always took place in strategic points surrounded by nature, be it forests, rivers, mountains, hills, or cenotes. Sometimes, the priests held the rituals in temples or pyramids, such as the Templo Mayor de Tenochtitlán, in modern Mexico City.

Self-sacrifices were an act of bravery, honor and pride. The persons sacrificing themselves needed to fulfill specific requirements to remain pure, such as abstaining from sexual intercourse, being isolated from family and friends, staying awake the night before the ritual, and, finally, preparing themselves for it.

It could start by offering the sacrifice one last meal prepared, especially for the occasion, or by smoking tobacco during the ritual itself. During the ceremony, the spectators would glimpse upon a fire that lit up the entire place.

This ceremony, known as the Xiuhmolpilli, meaning “the New Fire Ritual,” only occurred every 52 years, and sought to rekindle the primordial fire with which the gods had created the world. As such, fire itself was symbolical for the Aztecs. As the priest offered the heart taken from the sacrifice’s body to the heavens, people would celebrate, since the organ was seen as representing the Aztec people’s essence.

War sacrifices were different. During the Flower Wars, most surrendered enemy soldiers died on the spot, as the Aztecs may not have considered them worthy of a sacrifice to their gods. But those who had fought bravely, or enemy officers, were taken captive by the Aztecs, who would then transport them to Tenochtitlan to become sacrifices.

Lastly were the agrarian sacrifices, which were solemn events. The person being sacrificed would wear something to symbolize the worshipped deity, be it the sun, earth, water, or fertility. The priest would then kill the person and bury, cremate, or even eat them.

The Aztecs believed that if they stopped carrying out the sacrifices during the allotted times of their calendar, no one could pass into the next world. They also believed that spilling blood on the top of their deities’ statues would appease them. People would offer to shed their blood days before the sacrifice, to give their gods a taste of what was to come.

Aztec culture was severely strict, both with its people and their enemies. They maintained a posture of enforcing respect for their beliefs.

“As far as we know, they had a strict code of law that kept the people and their enemies at bay,” said Salvador Rodríguez, a historian from Veracruz and UNAM graduate. “They were harsh, and those who do not comply with the laws suffered extreme consequences. Torture was frequent. Incest, burglary, murder, or homosexuality, among others, were punished.”

The purpose behind such harsh treatment was to release energy toward the heavens and appease the gods. In return, the deities would grant bountiful harvests, peace between nations, and harmony between the world and the entire cosmos.

“Sacrifices were preceded by those cruel punishments, so as to keep the gods happy,” said Horacio Barradas, a sociologist who graduated from the Universidad Veracruzana. “They believed that the sacrifices would save the universe from being erased. They believed that the sacrifices would nourish the sun, and therefore, would guarantee life to continue as, if the sun would ever go out, humanity would be rendered extinct, and the earth would be dominated by the beings of the night.”

Finally, it should also be remembered that human sacrifices were not exclusive to pre-Colombian civilizations. In both Asia and Africa, and even European civilizations like the Norse or the Ancient Greeks, such sacrifices occurred, with a purpose similar to the Mesoamerican one: appeasing the gods and preserving a way of life.

(Translated and edited by Mario Vázquez. Edited by Matthew Hall)