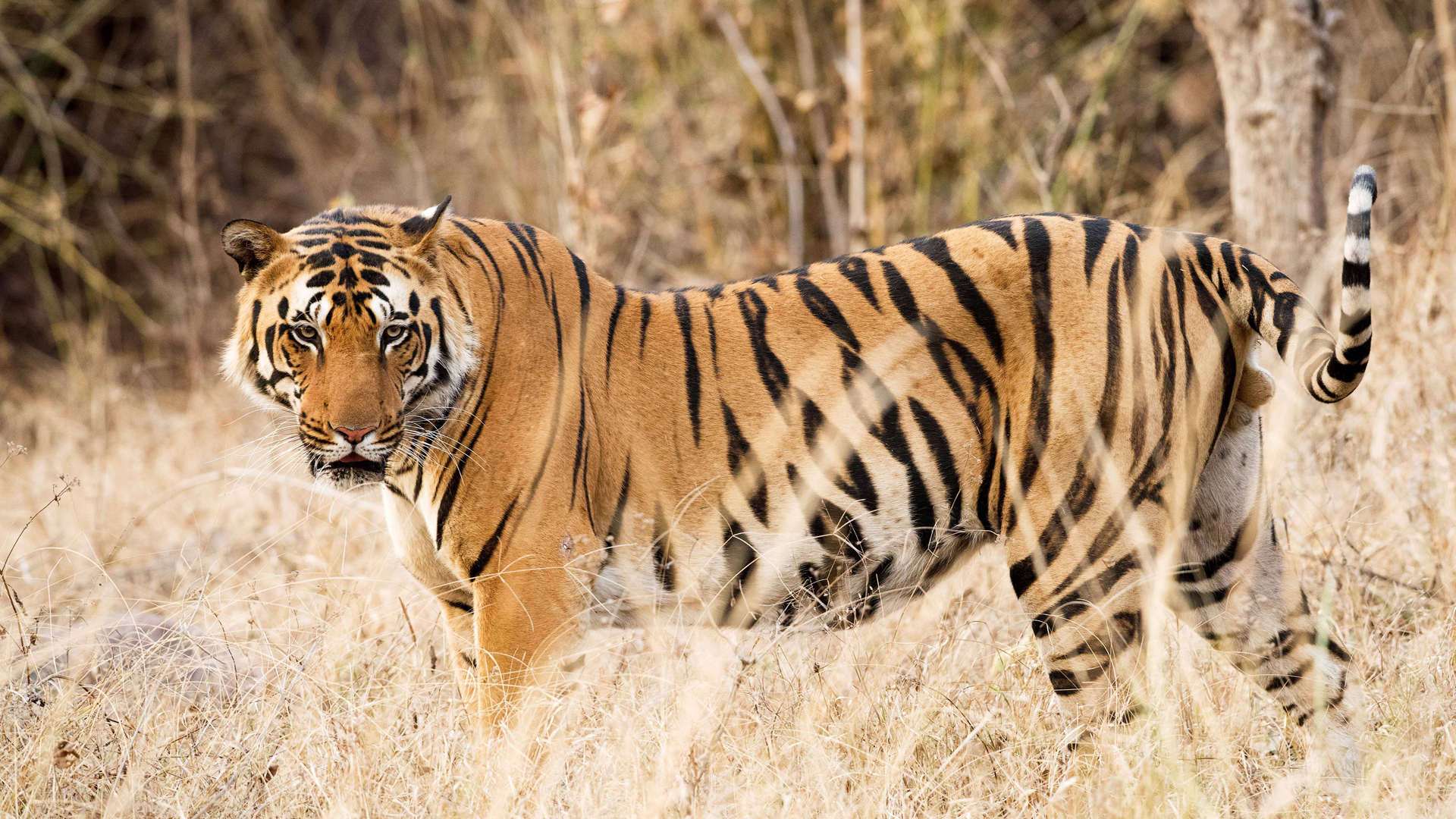 Poachers are being retrained in various parts of India to protect wildlife. (Vincent Van Zalinge/Unsplash)

A group of Pardhi youths in Madhya Pradesh state who have been working as tourist guides at the state’s Panna Tiger Reserve for the past couple of years are soon set to begin advanced training in ecotourism activities.

In pre-pandemic days, these youths helped tourists enjoy experiential walks in the wilderness. With domestic tourists now trickling back in, these youths are starting to be back in business.  Ecotourism is providing them with an alternative livelihood. During the lockdown, when there were no tourists, the Pardhi guides were trained in poultry farming, among other things, as a way of earning a living.

Pardhis are a nomadic community known for their hunting skills since the Mughal era, from the 16th to the mid-18th centuries. Over the past 10 years, most of the community members have given up hunting or poaching wild animals as a result of rehabilitation efforts by the state forest department in collaboration with the Last Wilderness Foundation. The foundation works with urban and rural communities on conservation measures.

After rampant poaching killed off the tiger population in 2009, a program was started to reintroduce tigers to the area. The forest department partnered with the wildlife conservation organization to wean Pardhis off hunting.

“We didn’t want a situation whereby after the reintroduction of tigers, members of this community would continue poaching,” said Vidya Venkatesh, director of the Last Wilderness Foundation. “Their children were being sent to school, but the adults of the community needed to be provided with some kind of continuous alternative employment to stop them from poaching.”

The idea was to focus on their core skill. Since the community members know the local forest areas inside out, the plan was to harness that skill for ecotourism.

“Ever since this project started, we can safely say that there has been no poaching case involving Pardhis in the Panna area, at least,” said Venkatesh.

The Panna initiative is one of several trend-setting rehabilitation projects involving poachers that have been undertaken in various parts of India over the years.

“For the most part, poachers have been provided with jobs in the forest departments. So, literally, they have been turned into protectors,” said Latika Nath, one of India’s leading wildlife conservationists. She said that people involved in poaching primarily belong to economically disadvantaged communities who depend on forests for their livelihood.

“Although the tourism component in such rehabilitation projects hasn’t always been given the greatest weight, states like Madhya Pradesh, Odisha and West Bengal are definitely showing the way in terms of community-managed ecotourism,” Nath said.

For three years, the Odisha forest department has been promoting eco-stays by empowering local communities living around national parks and wildlife sanctuaries, said Sophia Simon, founder of Detour Odisha, a travel startup that works with the state tourism department.

“So poachers are now turning into protectors, and village communities are now managing every aspect of the eco-stays in several districts — they welcome tourists, organize guided tours and cook and clean for them,” said Simon. “During the pandemic, they have made every effort to follow all Covid-19 protocols and make traveling safe for tourists.”

Mangalajodi, a village in Odisha regarded as a birdwatching paradise, is an example of the success of the retraining. Former poachers are an inextricable part of community-managed ecotourism projects, and the Mangalajodi Ecotourism Trust even received the “Innovation in Tourism Enterprise” award from the UN World Tourism Organization in 2018.

In West Bengal, the state forest department, along with NGOs and international wildlife organizations, have been supporting alternative livelihood and ecotourism programs in the Sundarbans, the world’s largest continuous mangrove forest, in the Bay of Bengal, for several years. The region, which spans from the Hooghly River in West Bengal to the Baleswar River in Bangladesh, is also home to Bengal tigers.

Shakti Ranjan Banerjee, who worked as a state director for WWF-India from 1998 to 2007, has witnessed the transformation of poachers into eco-warriors over the past few decades. He worked with Anil Mistry, a poacher turned conservationist who was born and raised on Bali, one of the nine islands in the Sundarbans. Mistry gave up poaching in 1990 after watching life ebb away from a doe.

“Following in his footsteps, a lot of villagers forsook poaching. Some of them started converting their mud huts into home stays with modern facilities for budget tourists. Now such home stays have proliferated in the region,” said Banerjee, who, with Mistry, is associated with an eco-resort on Bali that was built on the land donated by erstwhile poachers.

“With poachers turning into protectors, killing of deer or other animals has significantly gone down,” said Banerjee. “Vengeance killing of tigers, which used to be a real menace in early 2000, has almost been eradicated; if tigers stray into their villages, instead of killing them, they now inform forest officials.”

He said that villagers are aware that tourists come primarily to see wildlife. “Hence, if they save wildlife, they can make money through tourism,” said Banerjee.

“Ecotourism is picking up in India,” said Nath. “We have a huge domestic tourism market, and it is progressing despite the pandemic threat.”