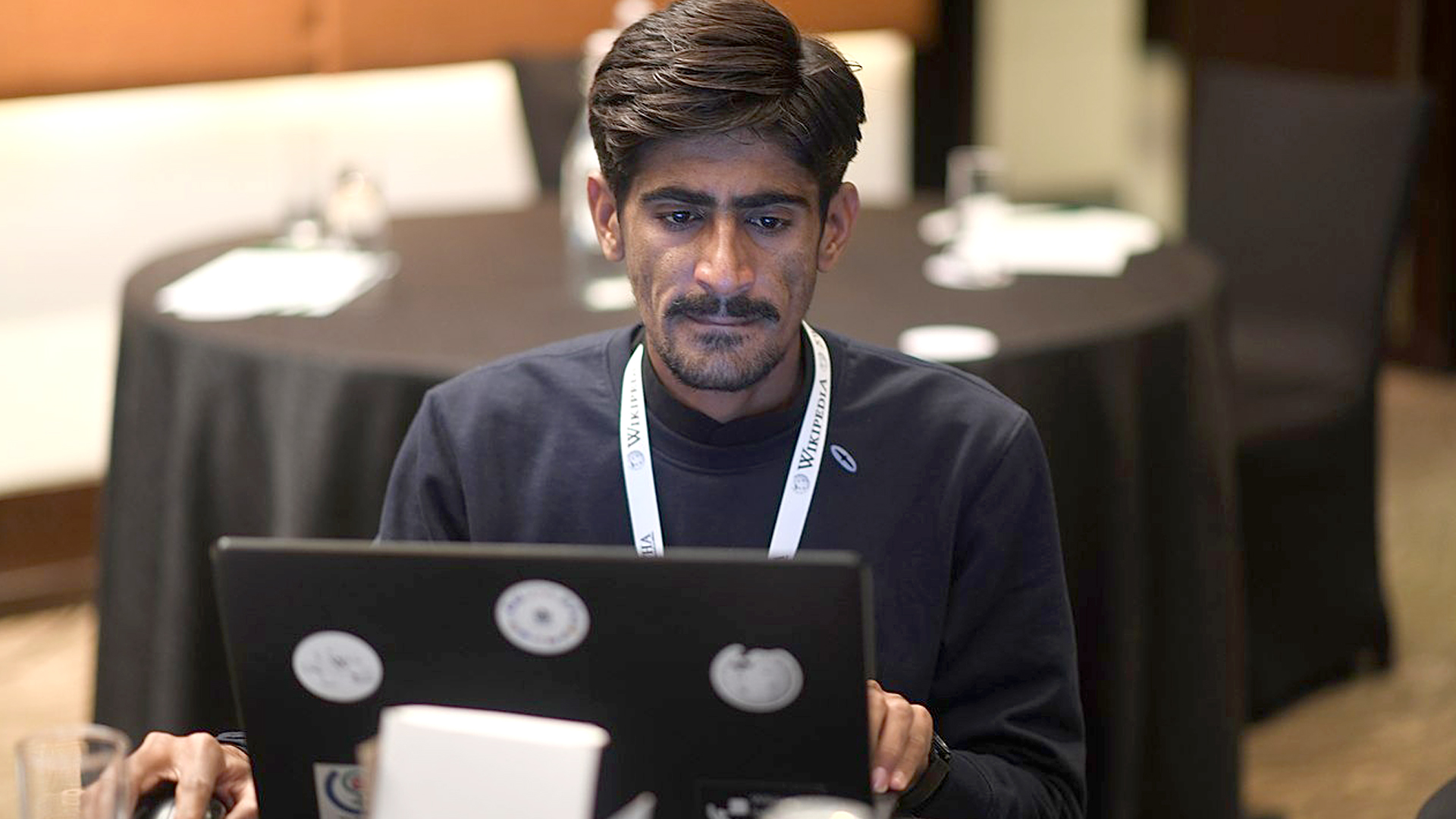 With no laptop and no smartphone, but with a fascination for Wikipedia, a young carpenter from the village of Thadiya in the Jodhpur district of Rajasthan, India, has become a key contributor to Hindi Wikipedia.

Raju Jangid started out by sending articles from a primitive mobile phone that had a keypad.

“I did not have a smartphone, so I couldn’t write any articles beyond 150-200 words. The phone kept crashing, and whatever information I had typed till then would thus be deleted,” said the 22-year-old, who had to drop out of school after the second year of high school because of financial constraints. He then traveled to Pune — a distance of 1,227 km (762 miles) —with his older brother to work as a daily-wage carpenter.

“Along with working as a woodworker, I started to study as well so that I could appear in my high school final year examinations,” Jangid told Zenger News.

While working in Pune, he read the terms and conditions of making a Wikipedia page, including using proper referencing and sources in each article. On Jan. 22, 2015, Jangid made a new Wikipedia account and started to edit and write articles, all from his limited mobile phone.

Today, Jangid is as an editor and reviewer for Hindi Wikipedia. To date, he has written around 1,890 articles and edited 57,000. Cricket is his favorite subject, as he wanted to become a cricketer, but he wasn’t able to because of his family’s financial situation.

“I noticed that very few cricket articles were available on Wikipedia Hindi. In 2016, along with some other editors, I started a project by the name of WikiProject Cricket. To date, I have made 700-800 pages for it,” said Jangid.

Overall, he said, “I feel that what I write is read by thousands of people and comes on the top in Google results.

“Also, I like writing in Hindi,” said Jangid, who is not paid for his work. “Being a Wikipedia editor makes me feel proud.”

Two Wikipedia national conferences organized in Pune and Chandigarh in 2016 opened several doors for Jangid. He was invited to attend both because of the quality of his work.

“I was aware of Jangid and thought of inviting him to the conference. He was reluctant to meet but agreed eventually. Later I got to know that he worked as a carpenter on a daily wage basis and coming to meet me meant that he wouldn’t be paid that day. I was amazed to see that despite many hardships, he was editing and writing so well on Wikipedia,” said Abhishek Suryawanshi, organizer of the conference in Pune and director for Wikipedia SWASTHA that promotes healthcare among local communities in 10 Indian languages.

“We were surprised to know that he had written almost 1,000 articles by that time using his phone. We thought that it is our responsibility that he has proper tools. So, we decided to fund him for a laptop and internet connection,” he said.

Something similar happened when Jangid attended the conference in Chandigarh, where he met Abhinav Srivastava, a freelance editor and a strategy consultant for Wikipedia in India. He is also a board member of Wikimedia India Chapter, a nonprofit that promotes the availability and use of free and open educational content online.

“I came to know about Jangid because he was editing very well even though he did not have a laptop,” said Srivastava. “Since he was exceptionally good with his work, we decided to give him some funding.”

Jangid got a laptop and an internet connection and continued his work as a contributor to Wikipedia — where his fascination dates to when he was in eighth grade. He saw actor Mithun Chakraborty on his family’s small TV, and, drawn by the actor’s charm, searched him on the internet using his older brother’s mobile phone. He landed on Chakraborty’s Wikipedia page.

Later, Jangid noticed that whenever he searched for someone famous on the internet, the top result was always a Wikipedia link. This raised his curiosity, and he set a target for himself of making a Wikipedia page of his own, even though at the time he knew nothing about how to go about it. He tried making his page a few times, but it was deleted each time and his ID was blocked as well.

Now that he is a regular contributor, Jangid already has his next project in mind: He wants to create Wikipedia Marwari, since it is his regional language.

“If I get 10-12 editors who can read and write the language properly, we can work on it and make it live in the next one to two years,” he said.

Meanwhile, Jangid, along with Suryawanshi, Srivastava and many other Wikipedia editors, is working on Wikipedia SWASTHA.

«Previous Post
Pondi-Cheri: The Indian Riviera That Will Always Be A Darling of France»Next Post
The Last Stop Before Tibet