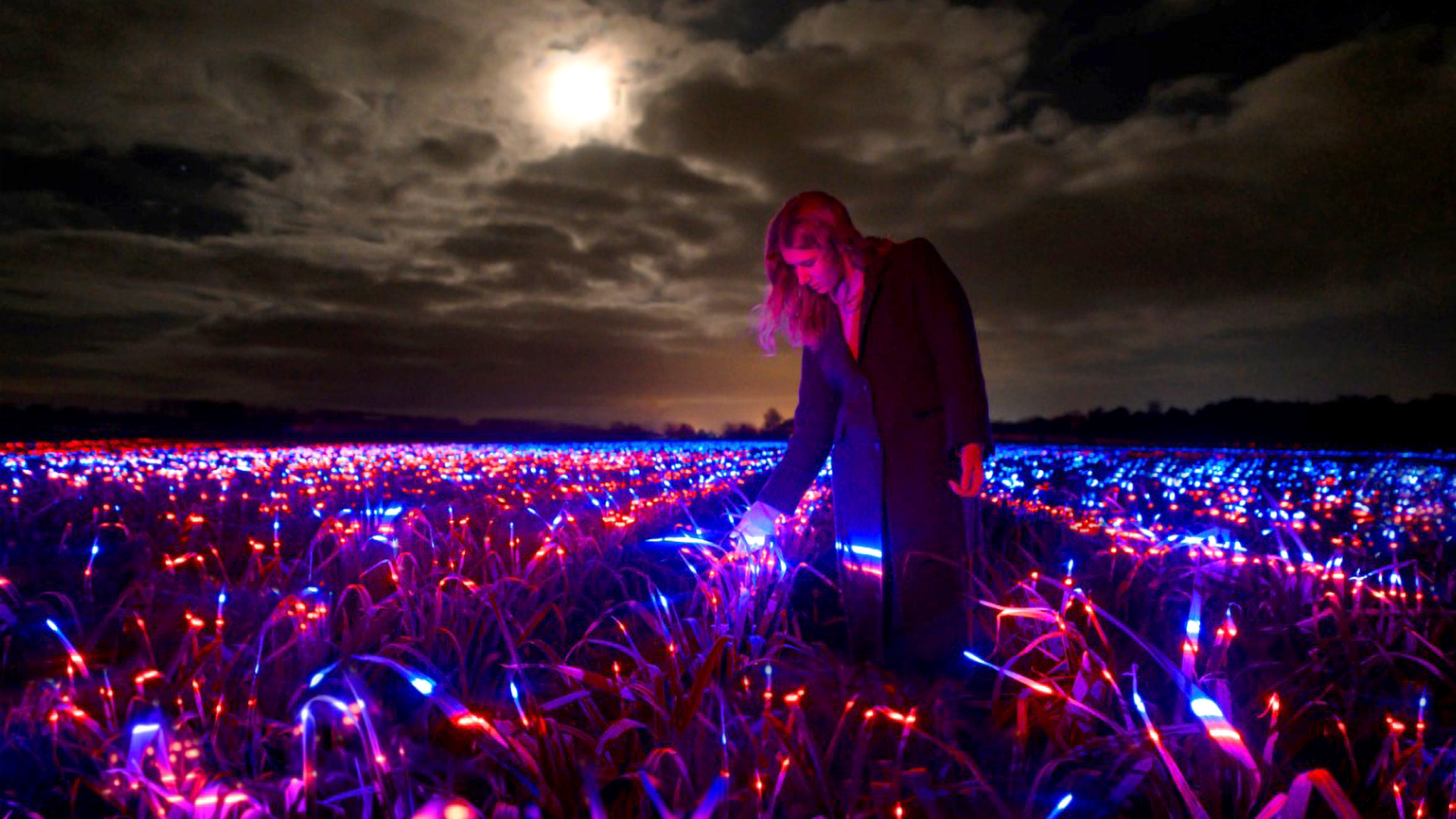 FLEVOPOLDER, The Netherlands – A leek field, on the world’s largest artificial island, was turned into a piece of glowing art by a Dutch artist.

Daan Roosegaarde, an innovator, along with his team of designers and engineers from Rotterdam-based Studio Roosegaarde, intended as an homage to farmers and to inspire them to experiment with artificial light in outdoor farming.

“I want to design things which make people curious about the future, not sad or mad,” said Roosegaarde. “Light is my language. Light is not decoration, it’s activation and it’s communication. It’s very futuristic and also very romantic, in a way.”

The 41-year-old transformed an agricultural area on island Flevopolder, which is spread across in 20,000 square meter fields, into a mesmerizing red-and-blue light show.

The high-density LED lights have been strategically positioned across the field. It is programmed in such a way that it creates dancing patterns that are almost hypnotic to the observer.

The scenographic ultraviolet lights were not chosen by chance. In fact, they are meant to improve the growth and resilience of the plants and reduce pesticide use by up to 50 percent. Although this technology has already been used in greenhouses, Roosegaarde recognized a unique opportunity to try it on a larger scale.

“The ‘light recipes’ of blue, red, and UV light are not only beautiful but also inspired by light science which helps the crops to grow better and reduce the use of pesticides,” he said. “It shows the future of our sustainable landscape, combining design and science.”

“Most of the time we hardly notice the huge areas of the Earth which are literally feeding us. GROW highlights the importance of innovation in the agriculture system. How can cutting-edge light design help plants grow more sustainably? How can we make the farmer the hero? These vast fields feed us, but nobody sees it.”

The creators said the project worked on for over two years and were helped by Wageningen University & Research, Springtij Forum, and the World Economic Forum in Davos. The project is also the first in a series of dreamscapes by the company. 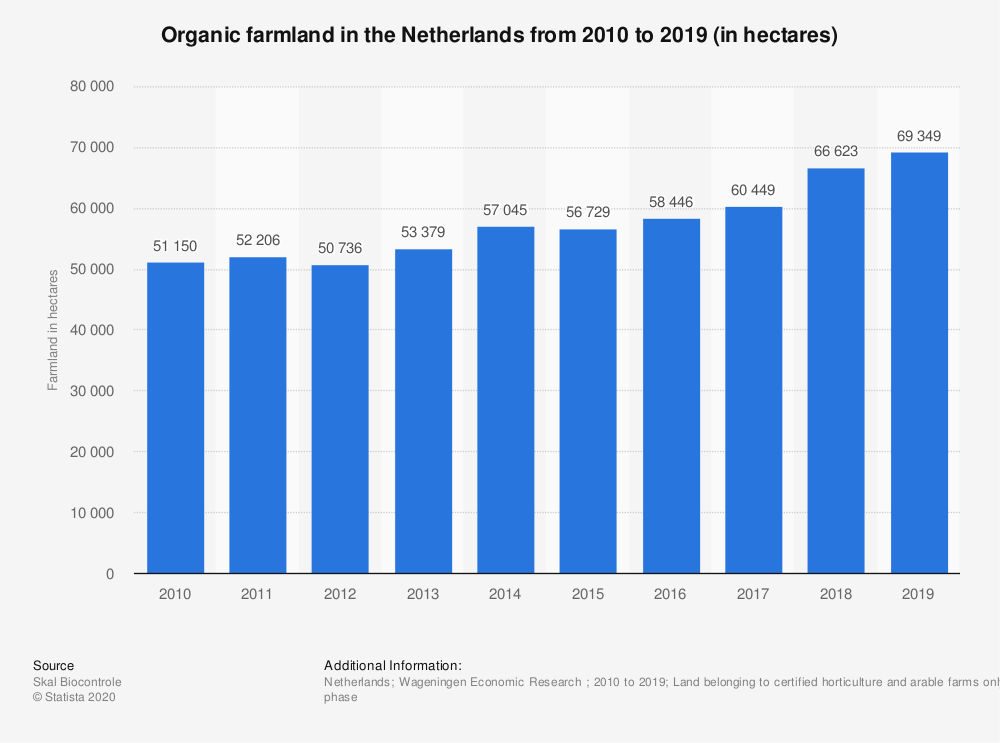 As per a study which was done from 2010 to 2019, the farmland in the Netherlands has seen a marginal increase. In 2011, the agricultural land used for organic farming numbered approximately 52,000 hectares. By 2019, this had increased to roughly 70,000 hectares.

“The organic share in the total agricultural surface in the Netherlands is relatively small.
1.17 percent of the total agricultural area is organically managed,” as per a statement in a report, Organic Farming in the Netherlands. “In the 90s, however, the growth increased considerably. Between 1993 and 1997, an average of 60 farms per year converted. In 1998-99 more than 200 farms converted per year which is the equivalent in the growth of more than 25 percent per year.”