In the image taken on the targeting pod, the full moon appears larger as the distant plane has been magnified.
By Feza Uzay January 29, 2021
Facebook
Twitter
Linkedin
Email 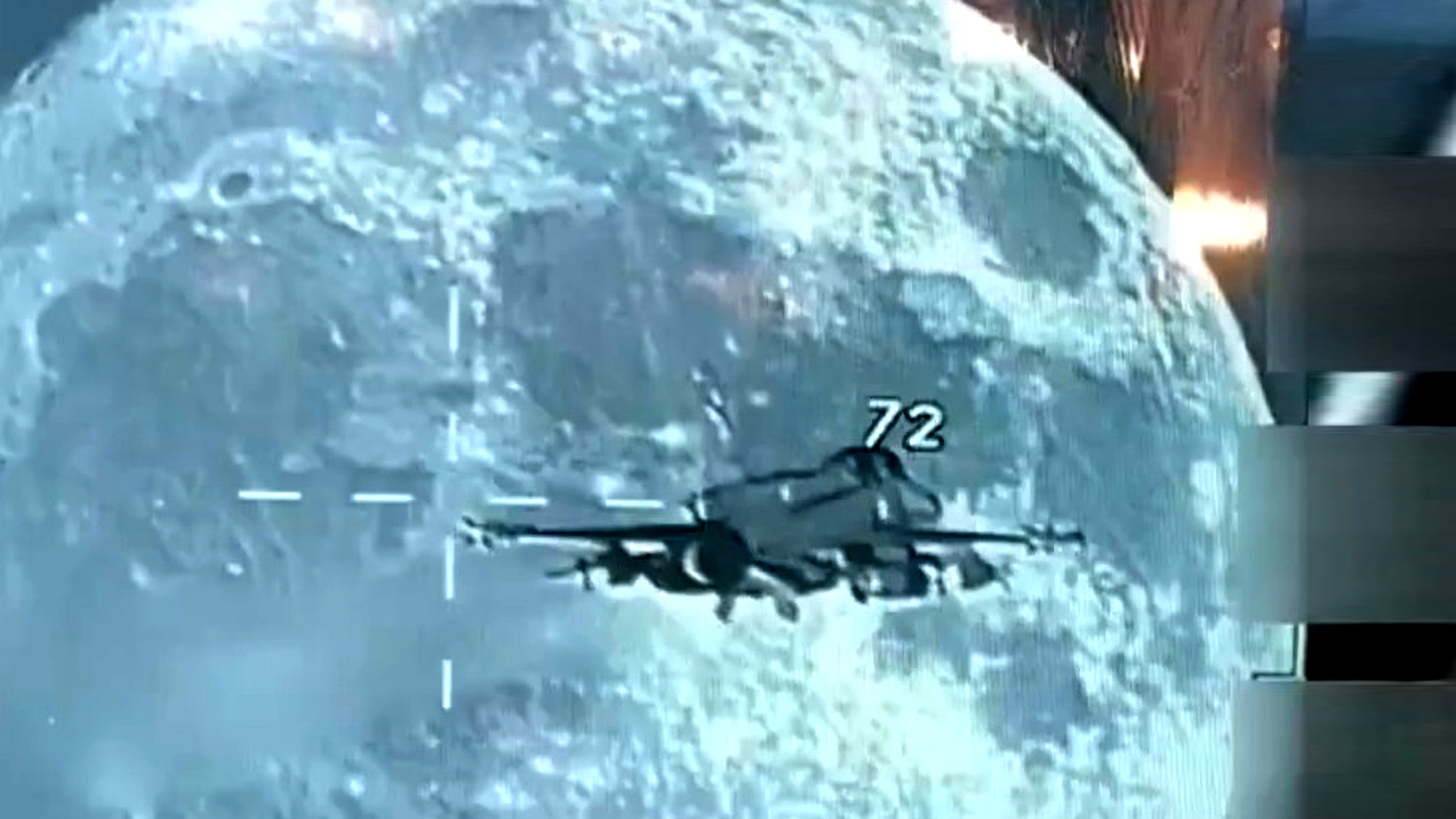 ANKARA, Turkey — The Turkish Ministry of National Defense shared the training video of an F-16 fighter jet aircraft flying into the targeting pod of another aircraft behind on their official Twitter account on Jan 24.

“An unforgettable image from the heroic pilots of our Air Force,” wrote ministry officials. “During a night flight around Lake Tuz, a magnificent full moon image was captured by the Sniper Pod on our F-16 aircraft.”

Targeting pods fitted to a fighter jet are also known as sniper pods. They are used for identifying targets before guiding precision munitions to hit those targets.

Fortunately, in this case, the Turkish Air Force F-16 is in the sight range of another Turkish F-16 flying behind. However, this is a rare coincidence that the trailing aircraft also managed to capture the full moon, which appears huge due to the magnification of the distant plane.

The video received tens of thousands of likes on Twitter, where netizens were fascinated by the view of the F-16, which is used by 25 air forces worldwide. Almost 5,000 aircraft have been produced and sold over the years.

“Humanity still wants to fly to the moon,” said a tweet of Tunayzar.

Turkey started getting the F-16s from the US in the late 1980s. It has license-produced the fighter jet. Turkey became one of five countries to locally produce the aircraft. Currently, the air force has 270 F-16C/D aircraft in its fleet.

“These aircraft will have to be phased out over the next 10 to 15 years, depending on their upgrades,” said the Center.

Moreover, the US will impose sanctions on Turkey via the Countering America’s Adversaries Through Sanctions Act as Turkey has acquired the S-400 missile system from Russia.

“The US will ban all export licenses and authorizations for Turkey’s defense procurement agency (SSB in its Turkish acronym) while issuing asset and visa restrictions against Ismail Demir, the agency’s president, and other Turkish defense industry officials,” said the Begin Sadat Center for Strategic Studies (BESA) quoting the former US Secretary of State Mike Pompeo. “This means no more American helping hand for Turkey’s existing fleet of F-16s.”

The Pakistan Air Force has 32 F-16s in three squadrons. The country ordered 71 more F-16s. However, the USA suspended the delivery in 1990.

“The Clinton Administration consulted with the US Congress in 1994 over a plan to sell F-16s to Pakistan for only once,” stated the Federation of American Scientists website on Weapons of Mass Destruction.

However, it put forth some conditions for the delivery to Pakistan over its nuclear plan. Among the conditions was putting restrictions on fissile material production.