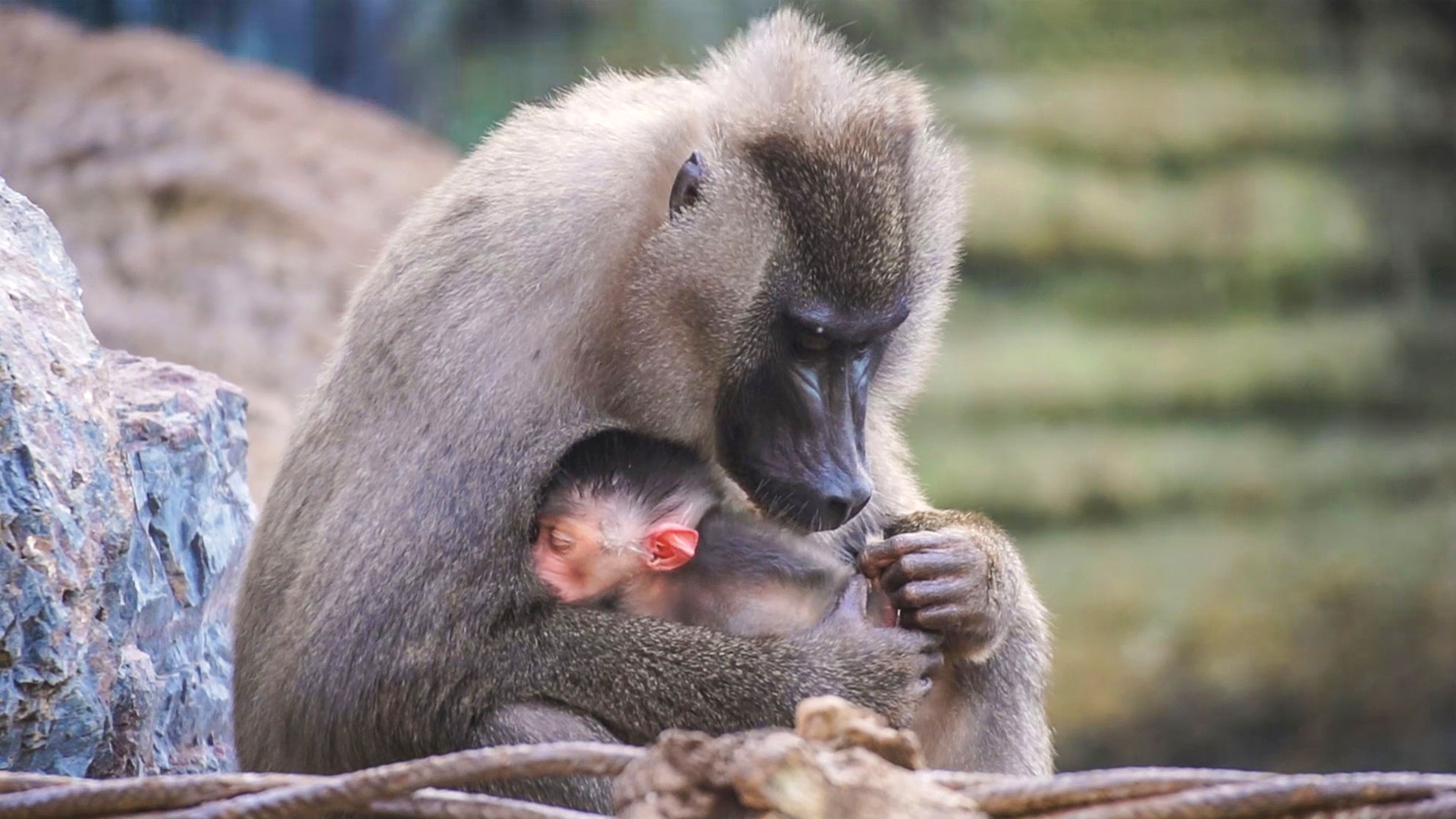 The male drill infant with his mum. (Bioparc Valencia/Newsflash)

VALENCIA, Spain — A Spanish zoo celebrated the birth of a baby drill, a primate considered one of Africa’s most endangered mammals.

The drill (Mandrillus leucophaeus) was born at the Valencia Bioparc in the city of Valencia, a south-eastern Spanish region of the same name.

“The zoo first monitored the situation to make sure the infant’s upbringing was developing normally, after which the mother and child were allowed back in their enclosure with other animals,” said an official press release of the zoo.

Their multi-species enclosure has been made to mimic the riverside forests of Equatorial Africa. The drills share it with sitatungas, pygmy hippos, talapoins, and Nile geese.

“They are a very cohesive community and cohabit peacefully together,” said zoo officials.

The community at the Valencia Bioparc is made up of a male named Rafiki, adult females Abuja and Kianja, the latter being the mother of the newborn, and six other offspring.

The zoo already has transferred several drill infants to other zoological institutions, favoring the formation of other groups to achieve the maximum possible genetic variability.

Drills are included on the Red List of the International Union for Conservation of Nature (IUCN) as the highest conservation priority of all African primates.

Drills live in the dense rainforests of western Africa in Nigeria, Cameroon, and Bioko Island. Cameroon’s Korup National Park has the largest protected population of drills.

They are omnivorous and like to eat fruits (hence considered a frugivore). They spend most of their time searching for protein-rich seeds, plants, insects, small mammals and eggs.

They are shy in nature and often stay in a dense forest. Hence, not much is known about their social life. However, they are social animals living in a group of about 20 individuals.

“Drills are noisy in the forest,” says the New England Primate Conservancy, an animal protection and wildlife conservation organization. “Their regular calls, screams, and grunts help the group to stay connected. Sadly, they also become easy hunts due to their vocalizations.”

“Males scratch their chest against trees during the mating season. This is a territory-marking signal to members of rival groups,” states the organization.

Baby drills are born between December and April following a gestational period of five-six months. Mothers take care of offspring and other younger members look after their siblings.