Salzburg is an iconic city known for its picturesque environment. 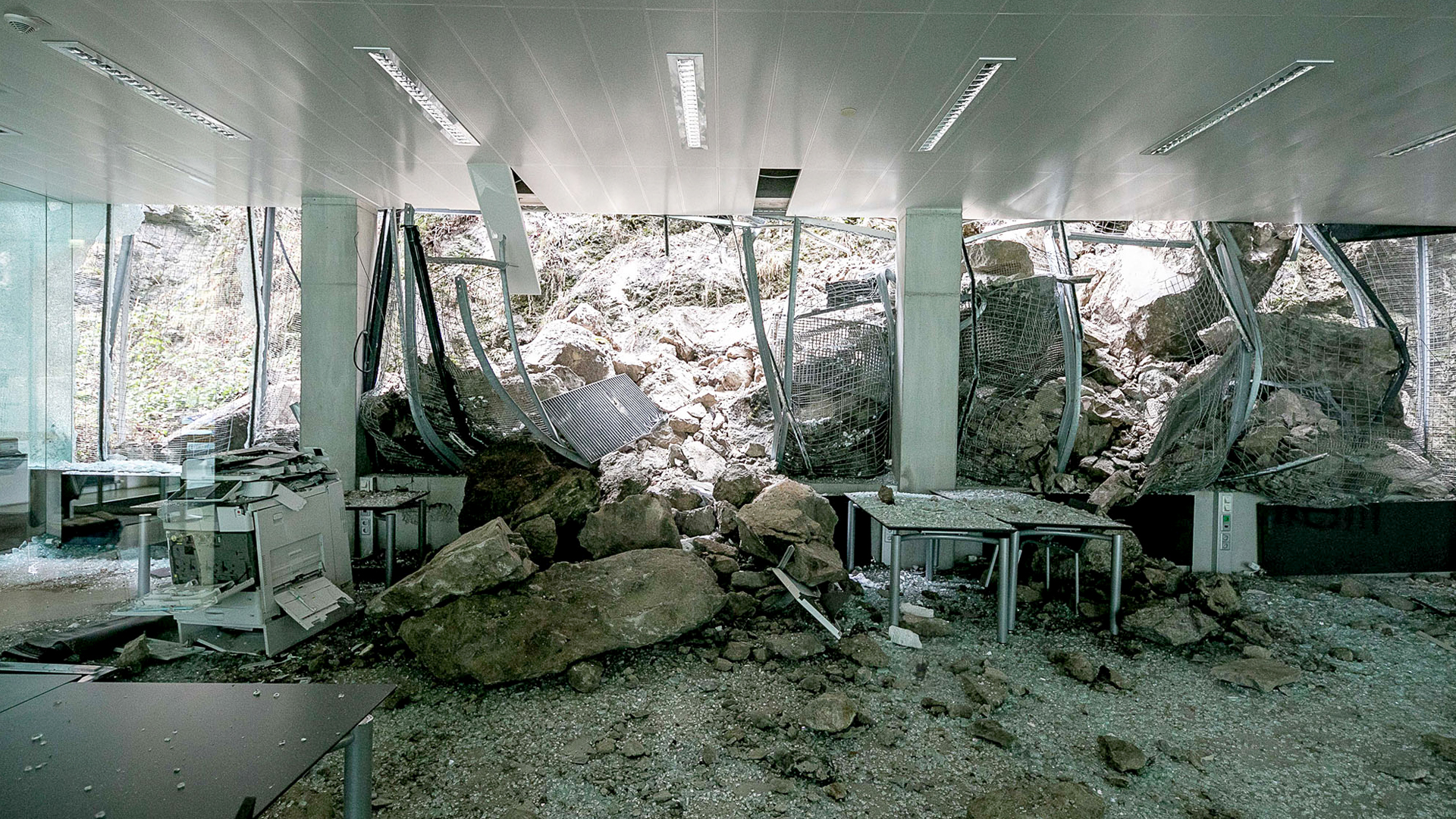 The terrible consequences of the rockfall, over parts of the city archive. (Stadt Salzburg, Wild+Team Fotoagentur/Newsflash)

SALZBURG, Austria – A landslide partially damaged the city archive in Salzburg, Austria on Jan 23. after a breach in the exterior wall damaging valuable equipment.

“The reason for the rockslide was probably due to the heavy rain the night before,” said a spokesperson from the Salzburg City Council, adding that no surrounding areas were affected and no one was injured.

The sudden rockfall from the Kapuzinerberg mountain in the heart of the city destroyed an entire reading room at the Salzburg City Archive located in the district of Schallmoos.

Emergency services, rescue teams, and mountain workers were sent to the scene to help clear the 60 tons of rock that thundered through the glass facade and into the building.

According to local geologists, around 20 cubic meters of rock loosened from the side of Kapuzinerberg Hill, close to where the archive building is situated, and fell in blocks up to three meters in diameter.

The fire brigade completely sealed the building’s smashed wall, but repairs are expected to continue for several weeks.

Salzburg is known as the city of ‘Sound of Music’ because the famous Oscar award-winning, 1965 musical ‘The Sound of Music’ was shot at various locations in and around Salzburg.

The movie narrates a fictionalized version of the story of a novice nun, Maria (Julie Andrews), who becomes the governess for widower Captain von Trapp’s (Christopher Plummer) seven children. Maria wins their heart through her love for music and teaches them to sing. The concluding shots of the movie show the von Trapp family, along with Maria, escaping to Switzerland as the Nazis annexed Austria.

Salzburg is a historic city that has been recognized as a world heritage site by the United Nations Educational, Scientific and Cultural Organization (Unesco).

“It has preserved its rich urban fabric developed from the Middle Ages to the 19th century, during which time it was governed by a prince-archbishop and was a city-state,” states the World Heritage Centre of the Unesco website. “Its rich Baroque architectural work was done by Italian architects Vincenzo Scamozzi and Santini Solari. The city is located at the central point of Europe connecting the north and the south, exhibiting a confluence of Italian and German traditions,”

Dynamism or a sense of motion is the fundamental aspect of Baroque architecture, as seen aplenty in Salzburg.