This is just one of the many field training the Ivanovo Airborne Forces have conducted since the beginning of the year.
By Maja Mishevska January 29, 2021
Facebook
Twitter
Linkedin
Email 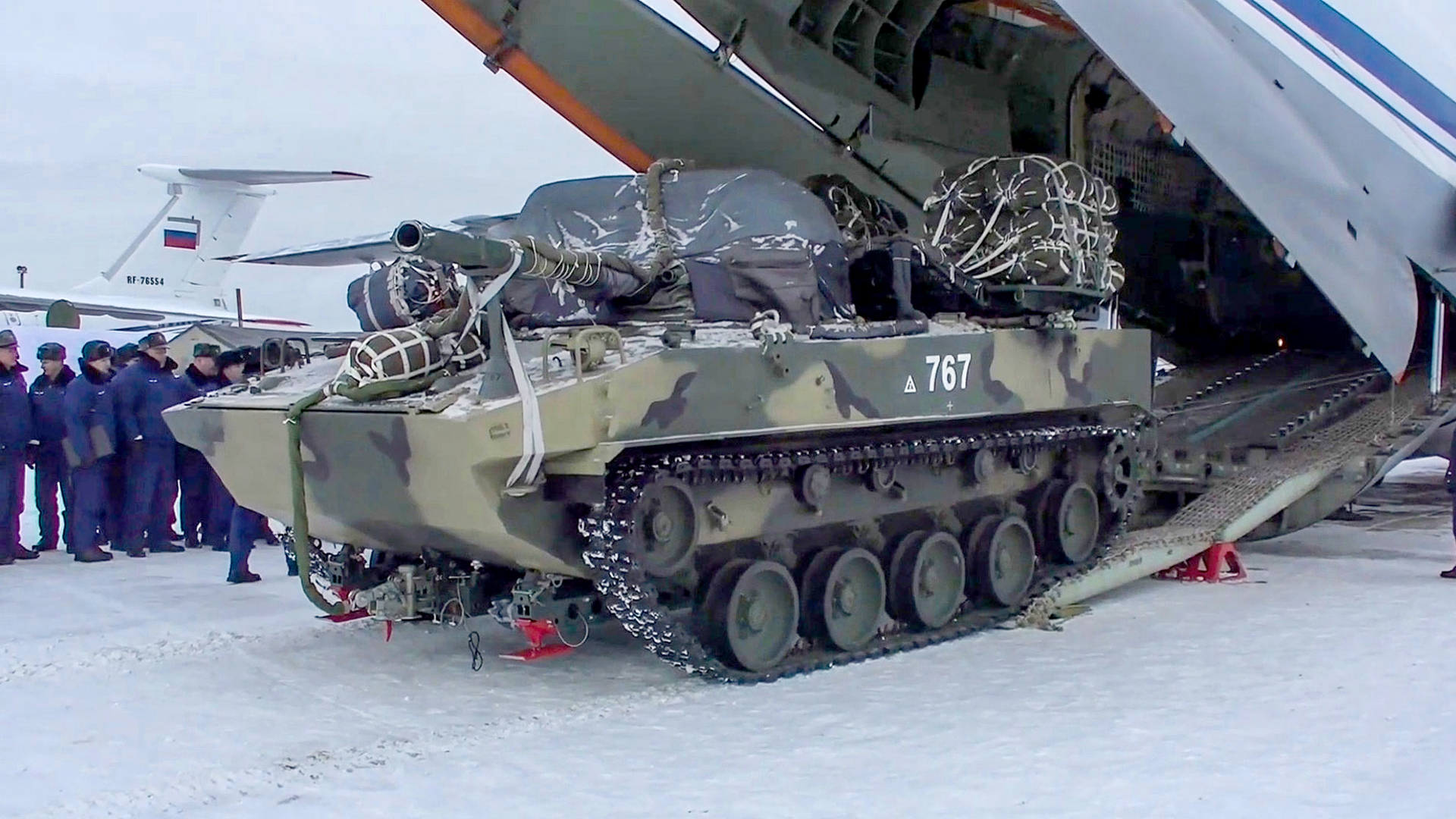 KOSTROMA OBLAST, Russia – A tank and more than 650 Russian paratroopers were dropped during Air Force War Games in the western region of Russia, Kostroma Oblast.

The video shared by the Russian Ministry of Defense on Jan 26 shows members of the Ivanovo Airborne Forces practicing parachute jumps and strategic landing at a military training base.

A BMD-4M amphibious infantry fighting vehicle was the first to be dropped, followed by the paratroopers. It is seen landing safely and according to the protocol.

“The tracked BMD-4M vehicle Sadovnitsa [“Gardener”] is an upgraded version of the BMD-4, boasting a new hull, power plant, running gear and some other parts and components,” said Global Security in a statement. “It is armed with the combat module Bakhcha-U, developed by a Tula-based design bureau. It consists of two 100 mm and 30 mm guns and a 7.62 mm machinegun. The parachutable armored personnel carrier BTR-MDM Rakushka [“Shell”] is also based on the BMD-4 chassis.”

During the training exercise, over 650 parachute jumps took place from the Il-76MD military transport aircraft.

“The aircraft is meant for parachute operations and landing of military personnel, military equipment, cargoes, fuel, and containers,” said Ilyushin Aviation Complex in a report. “The aircraft is equipped with 4 turbojet double-flow engines, the D-30KP series 2, with the thrust of 12,000 kgf each. The power plant provides the aircraft with high thrust/weight ratio and the presence of thrust reversers reduces the landing distance.”

The separation interval of personnel from the aircraft during the landing was 0.7 seconds at an aircraft speed of over 360 kmph.

This is just one of the many field training the Ivanovo Airborne Forces have conducted since the beginning of the year.

The airborne troops are considered an elite force because they are individually selected from volunteers based on physical fitness, intelligence, and loyalty. By traditional military standards, airborne troops are not a powerful force. Each division is assigned about 6,000 lightly armed troops with lightly armored vehicles.

In 1994. Russia made marked progress in shaping its peacekeeping forces, on both the military and legal levels.