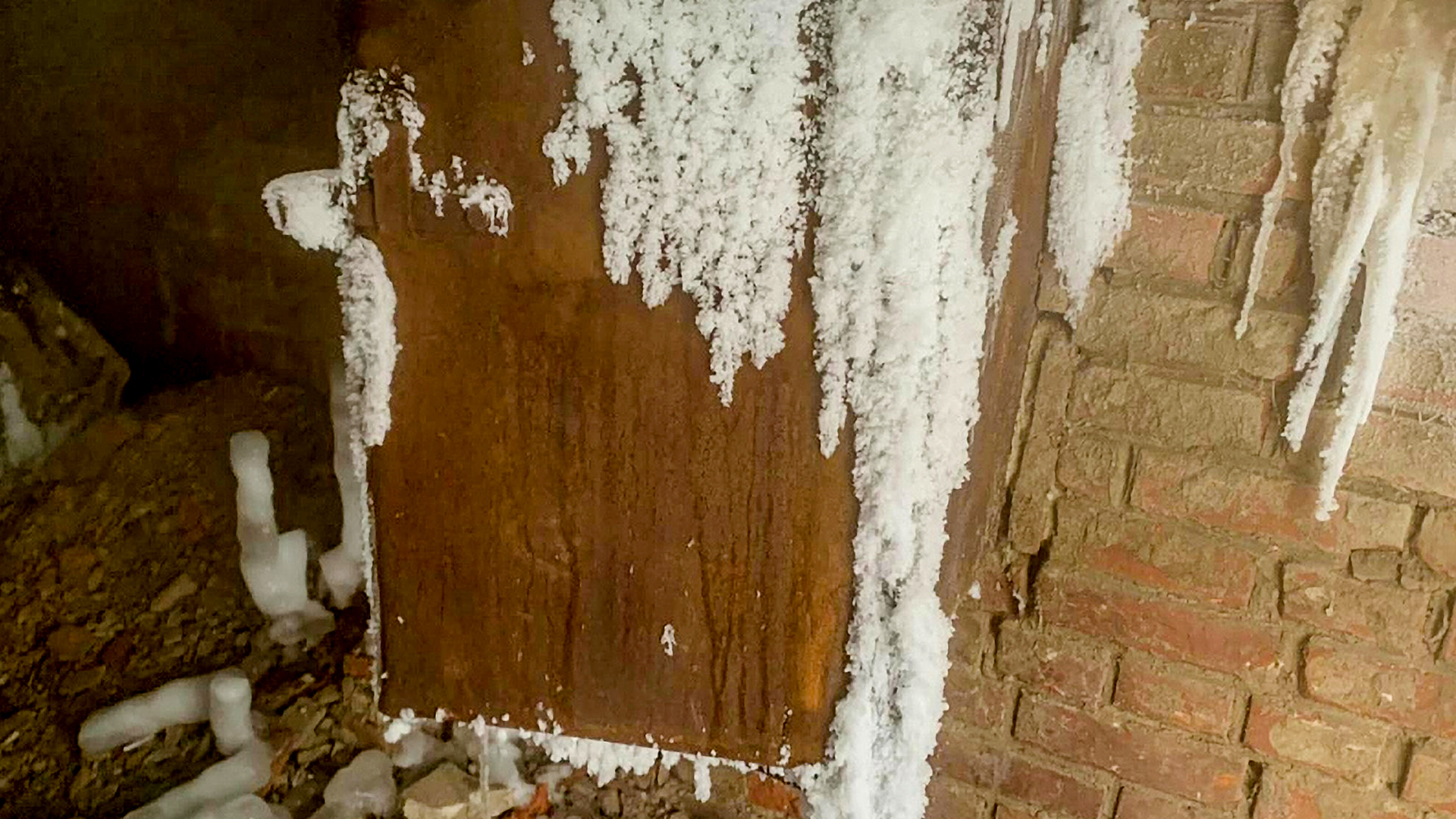 In Chebarkul, an unheated residential building has turned into an ice cave. (@onf.ru/Newsflash)

CHEBARKUL, Russia  — Failing to be resolved, a dispute between the residents of a dilapidated building in Chebarkul town in Russia and the local authorities has been dragged to court.

While the residents demand the building should be rebuilt, the officials accused the residents of deliberate damage to the property, citing the results of an official examination, which concluded that the house is suitable for living.

“An independent examination of this house concluded that the house is suitable for living,” said Oleg Eremin, deputy head for housing and communal services of the Chebarkul administration.

The building is located on Electrostalskaya Street in the town of Chebarkul in the Russian region of Chelyabinsk Oblast.

However, the local media said the building’s foundations are crumbling, there are holes in the floor and ceilings, the wiring is burned out, and water flows from rotten pipes in the basement.

The residents, who point to various photographs of the building that is looking like an ice cave, have accused the company responsible for its maintenance with negligence.

“The residence was built in 1968 and has never been renovated,” Marina Islamova, one of the residents of the dilapidated building told local media. “Chebarkul administration carried out an investigation which said that the building was supposedly suitable for living.”

“We conducted an independent examination, which refutes this statement,” she said. “The wear of the load-bearing structures is 77 percent, the general wear of the building is 74.37 percent. We want to ensure that we are resettled.”

The residents said the building was in a state of emergency. However, the Chebarkul mayor’s office claimed that the house could be repaired, and money had been allocated for the same.

The Chebarkul mayor’s office told local media that about RUB 3.3 million rubles ($ 43,824) was allocated for an overhaul of the wiring, sewerage system, heating systems, and water supply. However, the residents were blamed for not paying maintenance charges.

“Residents have millions in debts for overhaul, heating, and electricity.” the mayor’s office said. “The management company has not been in this house for a long time due to the low collection rate as only 5-7 percent of the owners regularly pay for housing and communal services.”

The mayor’s office claimed that the residents may approach the court for a solution.

The Chebarkul town came to the limelight after a part of meteor fell on Chebarkul Lake in early 2013. The falling of meteor caused an 8-meter-wide hole in the ice covering the lake. It was made of 90 percent silicate, 5 percent sulfide, and 5 percent iron-nickel. The main excavated meteorite fragment is exhibited in the Chelyabinsk Lore museum.

A meteorite is a piece of rock or metal from outer space and falls into the earth’s surface.