US Cop Leaps Clear As Truck Crashes Into Multi-Utility Truck

Deputy sheriff was inches away from the accident caught on body camera.
By Maja Mishevska January 29, 2021
Facebook
Twitter
Linkedin
Email 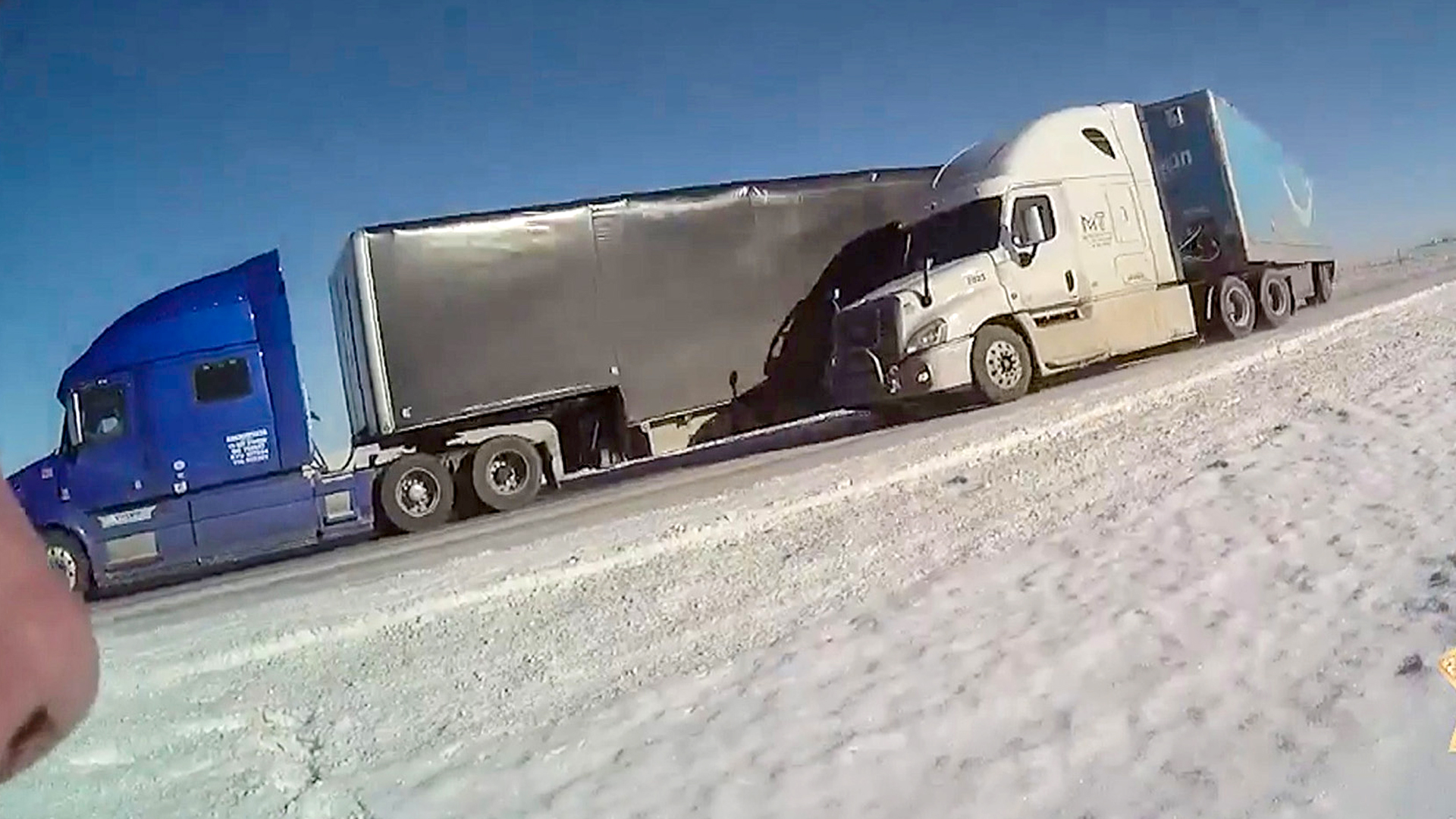 WYOMING, USA — The United States police department has shared a terrifying video of a semi-truck crash involving a multi-utility truck on Jan 24.

The video captures the moment as a cop leaps clear of a truck crashing into another heavy goods vehicle a few feet away from him.

The incident took place on Interstate 80 near the town of Wamsutter in Sweetwater County Wyoming where officers responded to reports of numerous traffic crashes and slide-offs.

“It’s not all gunfights,” said the Sheriff’s Office. “In the last 10 years, on average, more than one law enforcement officer per week has been killed on our nation’s roads. More than 38,000 people die every year in crashes on U.S. roadways.”

A deputy from the Sweetwater County Sheriff’s Office was reportedly patrolling the area when he responded to a multiple-vehicle crash on the freeway.

Shortly after exiting his patrol vehicle, a collision involving two trucks took place just centimeters from his car. Body-cam footage shows the trailer of a truck crashing into the slow-moving truck in front.

Caught off guard, the deputy then leaps clear and is narrowly missed by a flying axle that detached from one of the trailers.

The video added information about how, statistically, an officer is more likely to be killed during a traffic stop than in a violent encounter with guns. 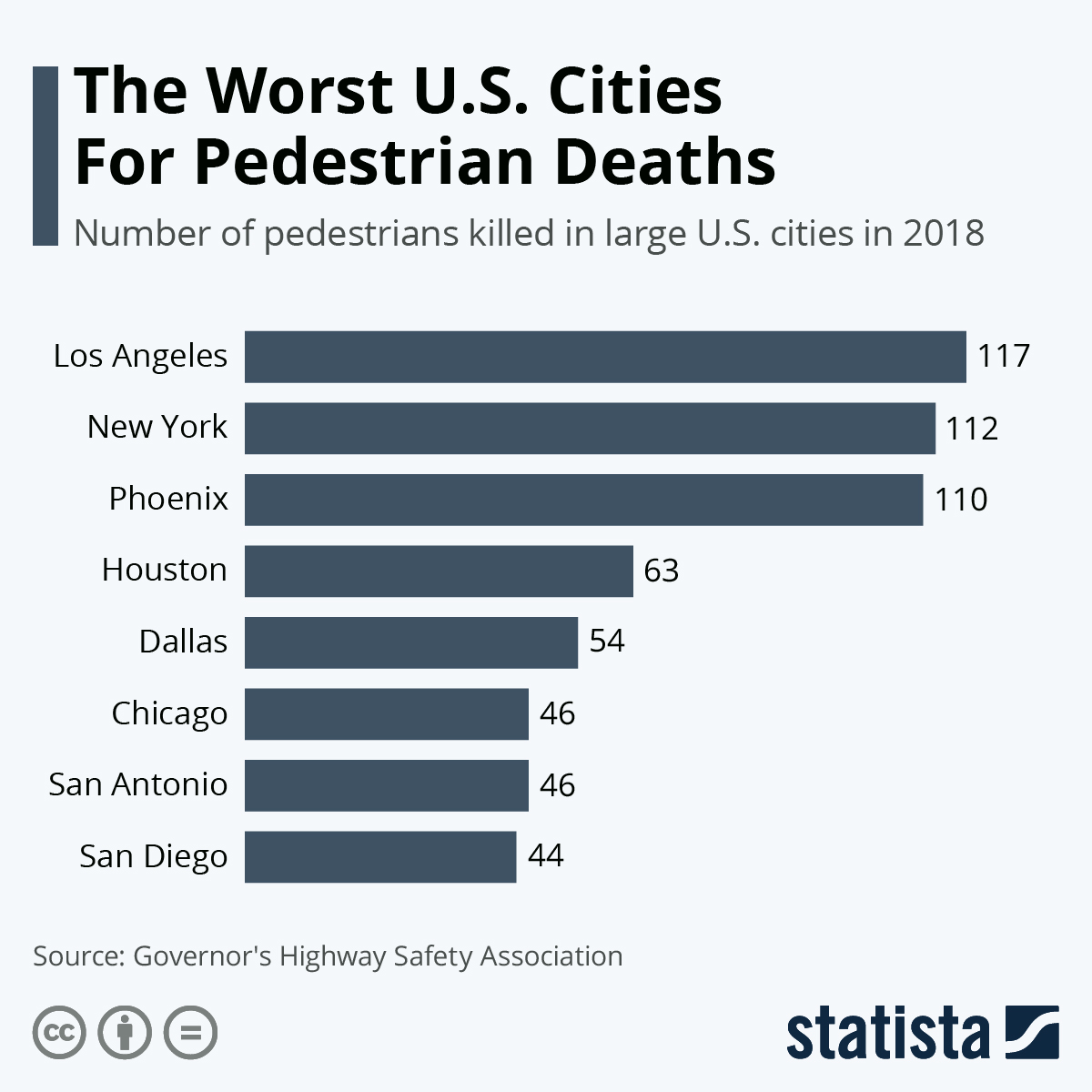 “Please pay attention and slow down. All of our lives depend on it,” the sheriff department said in a social media post with the video. “Wyoming witnessed 128 traffic fatalities in 2020. January 2021 has already claimed 8 lives.”

As per a 2020 study, there are numerous factors that are thought to be responsible for such an increasing number of light trucks on the road as well as the distraction presented by smartphones both behind the wheel and on the pavement.

“The research also examined pedestrian deaths in the largest American cities. It found that Los Angeles recorded the most in 2018 with 117,” the study said. “That figure marks a decline in the 128 pedestrian deaths the city experienced the year before. New York comes second on the list with 112 pedestrian deaths while Phoenix had the third-highest toll with 110. In total, 6,590 pedestrians died in the U.S. last year.”