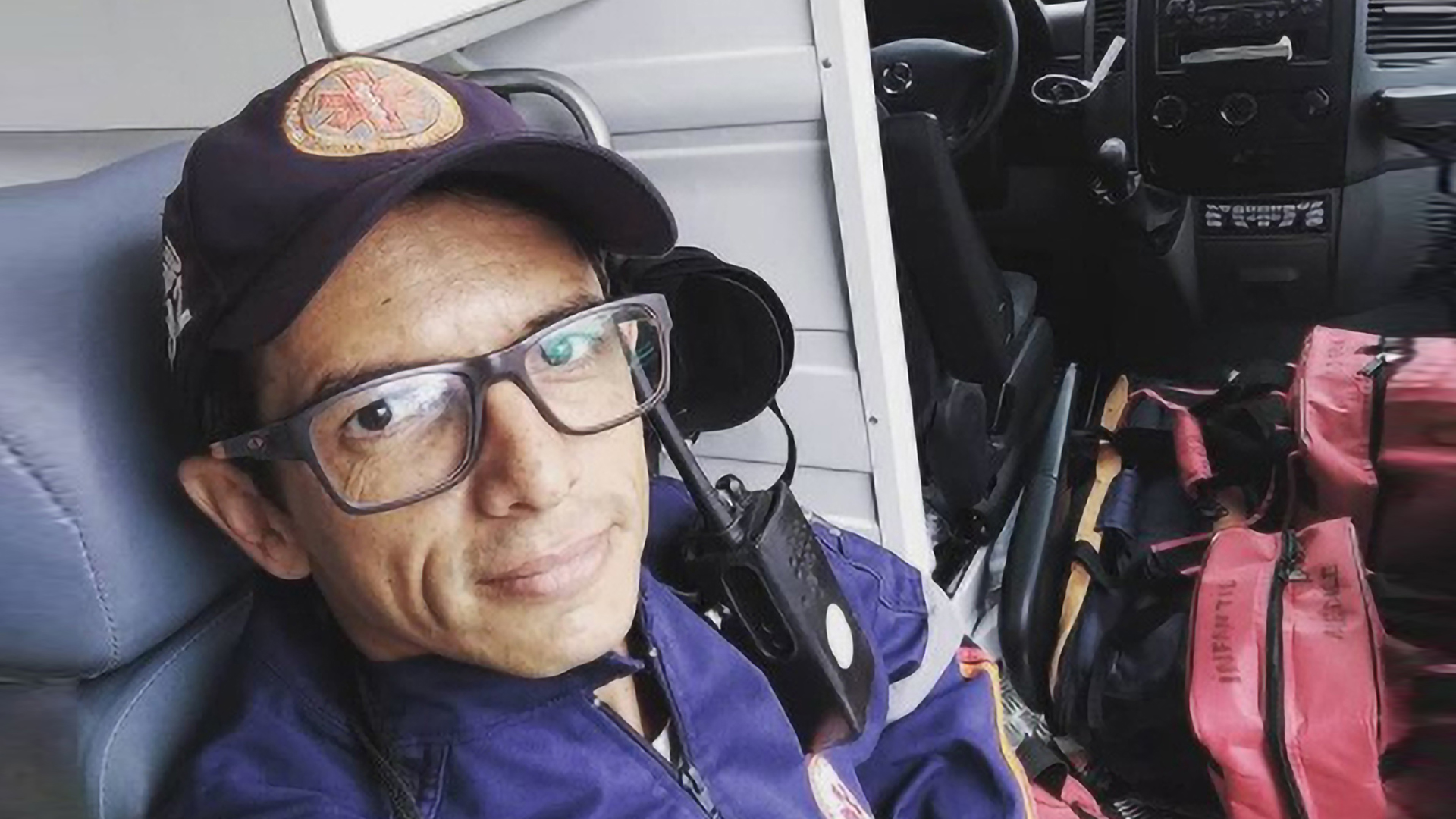 Footage of Rodrigo Jose dos Santos, 38, passing out as he receives the Covid-19 vaccine in the Brazilian municipality of Itumbiara on Jan 20 raises questions on how a health professional could be scared of jabs.

“I am phobic to needles since my childhood. I can’t overcome it. Thank God, I don’t have to undergo acupuncture treatment,” said Rodrigo jokingly.

The first-aid responder opted to get the vaccine as his work at the Mobile Emergency Attendance Service often puts him on the frontline in the battle against Covid-19.

Despite fainting, Rodrigo revealed he didn’t suffer any ill effects from the vaccine. “I didn’t have any reaction, not even pain in my arm,” he said.

Rodrigo explained that he did not realize his colleague was filming him at the time of injection. “He’s relatively new to the team, so he didn’t know about my fear of needles.

“He put it on his social media and, man, it traveled quicker than light. My phone has not stopped ringing,” said Rodrigo. “Going viral first made me stressed, but I am now at ease with the limelight, despite the fact that I have received mixed reactions about the incident.”

He said some people sent him positive messages while others sent some negative messages, as well as offensive, destructive criticisms and insults.

“On the other hand, there’s part of the population who respond with care and seem worried. I even joke with them, saying, ‘no, I didn’t mutate, I didn’t evolve claws or scales, nothing’.”

Despite his fear of needles, Rodrigo recommends people get the vaccine. “This illness kills, so let’s take care, let’s protect ourselves,” he said.

“The worst thing now is getting the second dose!” said Rodrigo.

In the video, Rodrigo is seen restive right from the beginning as he is sitting in the chair while two doctors are standing in front of him in white protective clothes and a security guard is standing on his left. Rodrigo hesitating to take the injection.

They are speaking in Spanish. Others whose voices are audible but not in the picture are watching him take the jab. He folds the left sleeve of his T-shirt while asking the security guard to come to his right side and give him mental support. The guard puts his hand on Rodrigo’s shoulder. As the doctor pierces the needle in his left arm, Rodrigo drops still.

Another doctor adjusts the mask, apparently for Rodrigo to breathe easy. The security guard as well as the doctor pat him on his shoulders to calm him down. Rodrigo comes to his senses and covers his face with his right hand.

Chinese Sinovac vaccine is undergoing the trial phase in Brazil.

“It was safe and had 78 percent efficacy in preventing mild cases of Covid-19 in a study of over 12,000 health care workers,” said Brazilian researchers. “It also completely prevented moderate and severe illness caused by SARS-CoV-2 infections.”

Efficacy trials of AstraZeneca and the University of Oxford Covid-19 vaccine are also currently underway in Brazil.

Brazil is placed third after the USA and India with 8,844,577 cases in the world. It reported over 28,000 cases and 592 deaths in the past 24 hours, the second-highest in both respects after the US.