The 147-foot-long boat is called ‘Ceiba’ and is being built in Costa Rica.
By Joe Golder January 29, 2021
Facebook
Twitter
Linkedin
Email 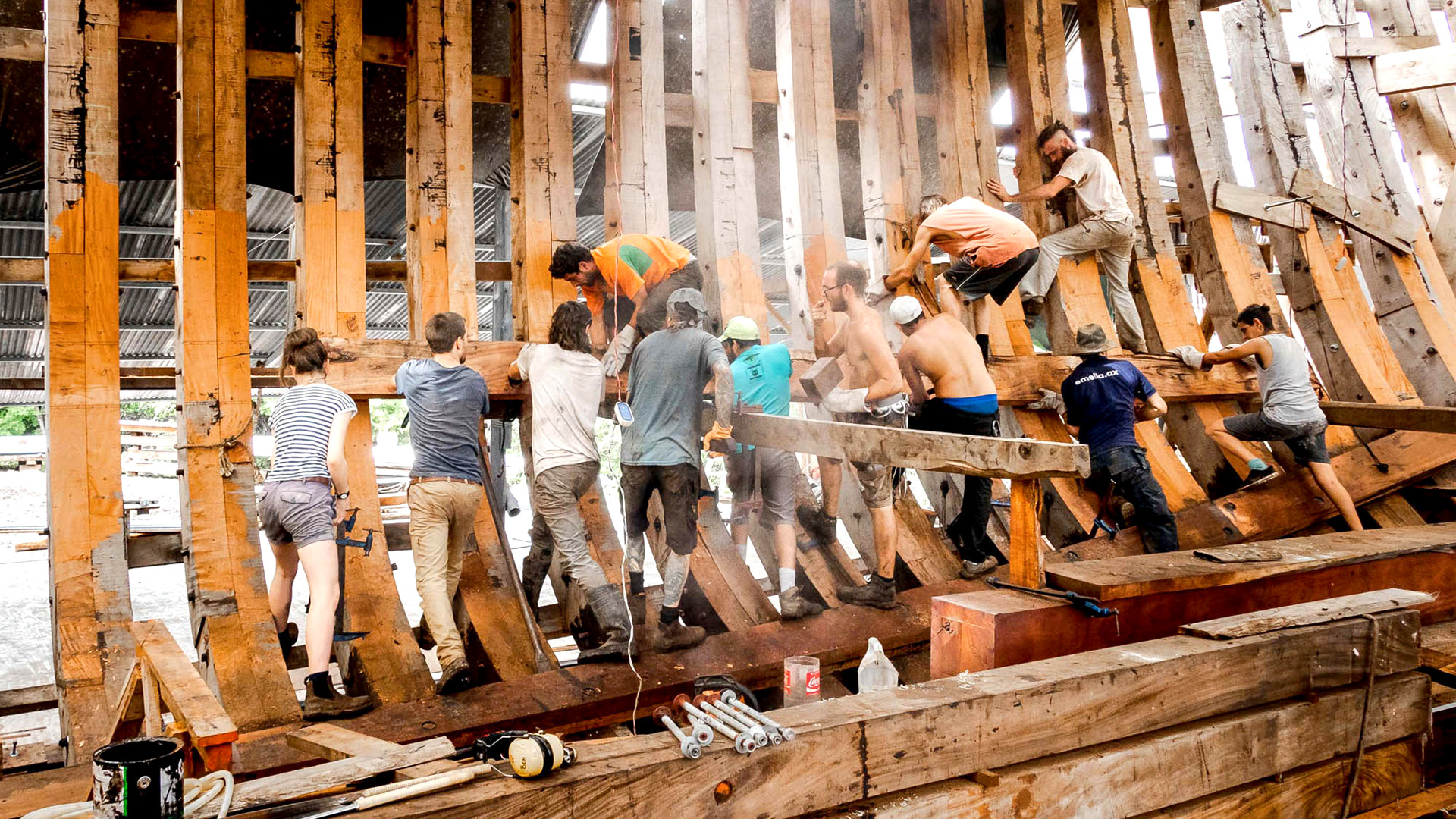 The construction of the boat requires a lot of steps done by experts. (Sail Cargo Inc /Real Press)

COSTA RICA – A wooden cargo ship is being built to export goods from Latin America to North America.

The old-fashioned vessel is the brainchild of Sail Cargo Inc. The project “is estimated to cost $.2 million”, which is “significantly less” than what it would cost to build a modern cargo ship, said Jeremy Starn, the company’s media manager.

“There are not many examples to compare it to,” said Starn. “Ceiba [the boat] is an unprecedented cargo ship. Because no wooden vessel of this scale has been constructed in the 21st century and never in the history of Costa Rica.”

It is made primarily of tropical hardwood using traditional building techniques aided by modern power tools. The architectural design is inspired by cargo ships from Scandinavia around the turn of the century. However, it incorporates modern elements to ensure safety, speed, and cargo capacity.

The ship will hold 12 crew members with additional room for trainees or guests.

“The company was founded in 2016 with the construction of the shipyard beginning in 2018,” said Starn. “The keel was laid in January 2019 and the framing was completed in December 2020”.

The sailing boat will also be equipped with an electric motor, making it completely emission-free.

They plan to start off with shipping along the “Pacific Exchange Line” that will see the ship leave Costa Rica and head to Canada and Alaska via Hawaii and California. They are already planning to extend the service to Peru and the Galápagos Islands.

“The Pacific Exchange Line is the first shipping route developed by Sail Cargo Inc,” said a statement released by the company. “Voyages will take ships of this line northbound to Canada via Hawai’i, down past California, and home again to Costa Rica. Extensions to this service line may include Peru, the Galápagos, and Alaska. When our ship, Ceiba, is operational in 2022, she is expected to sail this route twice annually.”

Speaking about why they chose Costa Rica as the location to build the vessel, Starn said that Costa Rica is a world leader in combating climate change and continually pushes the bar in renewable energy initiatives.

“These policies, along with Costa Rica’s commitment to the innovative green business made the choice simple,” he said. “One example is that Costa Rica’s electricity is generated from 98 percent renewable resources and aims to be emission-free by 2050.”

According to a company statement, its Canadian co-founders Danielle Doggett, 31, and Lynx Guimond, 39, met on board a cargo vessel in Northern Europe and realized the market potential for a larger ship in the Pacific Americas.

“As professional sailors, Doggett has a captain’s license and Guimond is a master shipbuilder. They know the environmental impact of shipping and using their career expertise, they created a company to prove the value of clean zero-emission shipping”, it said.

John Porras, 36, from Costa Rica, is the third co-founder of the company.