Medics save Israeli boy’s life, term the case as once in a decade. 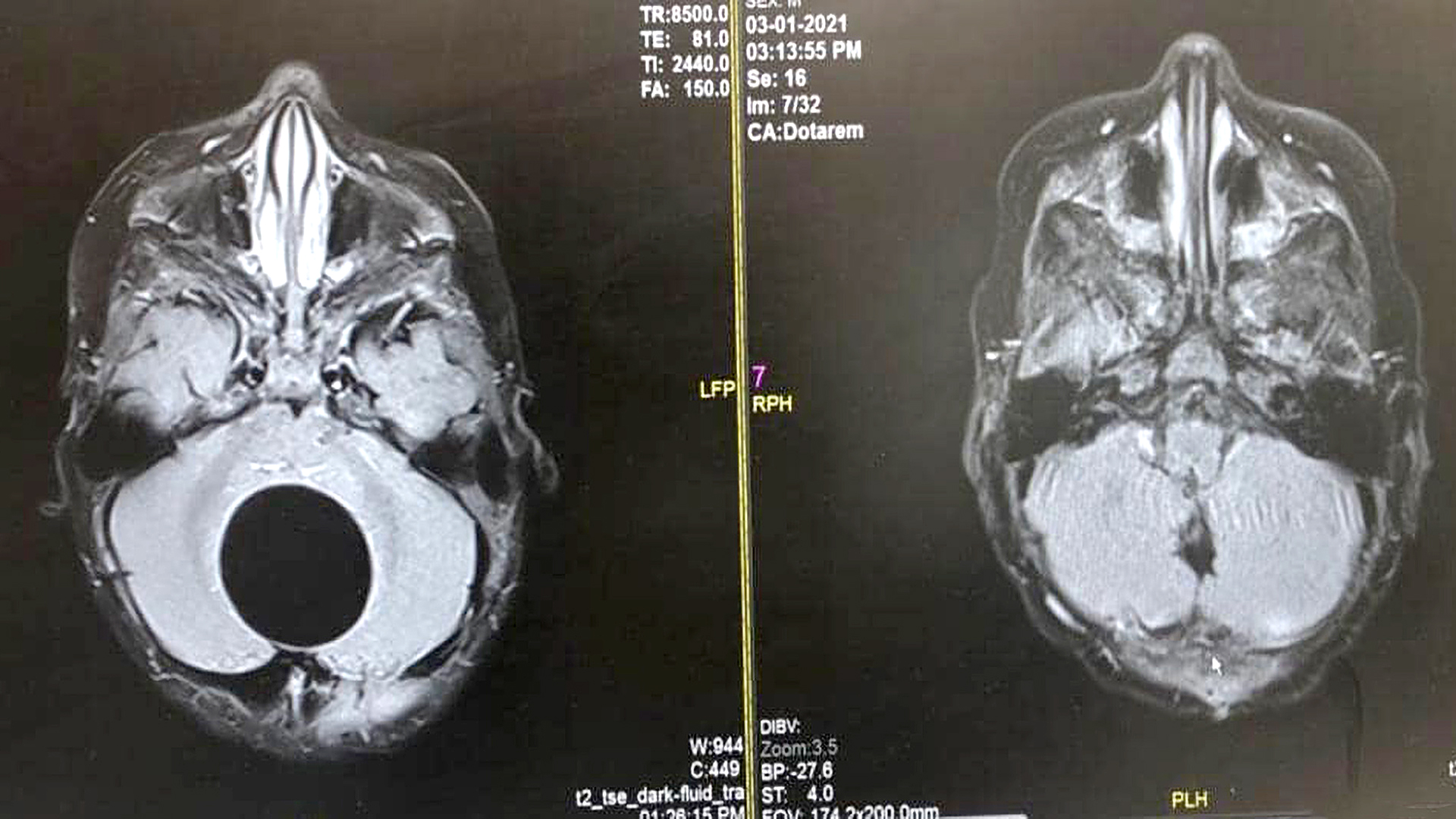 JERUSALEM, Israel — Doctors at the Shaare Zedek Medical Centre in Jerusalem have removed a life-threatening tumor from a child’s brain after it started growing its own hair and teeth.

The incident came to light when an Israeli couple took their baby boy for a check-up after they noticed an unusual lump on his head a month ago.

After conducting multiple CT scans, Dr. Lena Cherkov, a pediatric neuro-radiologist at the Wilf Children’s hospital in Jerusalem, determined that there was a mass on the child’s brain that was posing a serious threat to his life.

“We responded very quickly because we saw the pressure on the brain stem and a build-up of fluids that could certainly have been life-threatening,” said Dr. Gustavo Rajz, director of Shaare Zedek’s Department of Pediatric Neurosurgery of the Helmsley Neurological Institute, who identified the tumor as a teratoma.

Teratoma is a type of germ cell tumor that may contain developed tissues such as hair, teeth, muscle and bones.

Luckily, the tumor turned out to be benign, which meant once removed it is unlikely to grow back whereas malignant tumors sometimes return.

Doctors realized the mass was putting significant pressure on the child’s brain and an operation had to be scheduled as soon as possible.

Rajz and his team of senior surgeons immediately operated on the boy and after hours of an intense and complex operation, they successfully removed the tumor using the latest technologies.

The team was taken aback after noticing that the tumor was made up of fetal remnants like hair, tissue and teeth.

“This is an extremely rare type of mass that we see maybe once a decade,” Rajz said.

After the successful operation, the child remained under the doctors’ observation for a few days before being released from the hospital.

As per the latest figures from the Institute for Health Metrics and Evaluation, as covered in the World Economic Forum’s latest Global Risk Report, cardiovascular diseases were behind almost a third of all deaths in 2017.

Neoplasms which are also referred to as tumors – were the second most common cause at 17 percent. Chronic respiratory diseases, tuberculosis, neurological disorders, diabetes and kidney diseases, digestive diseases, maternal and neonatal disorders comprise 31.6 percent of deaths.