Cyclist Rides 16,000 Miles Across 43 Countries In Middle Of Pandemic

He had to compromise the Singapore return plan due to Covid-19 restrictions. 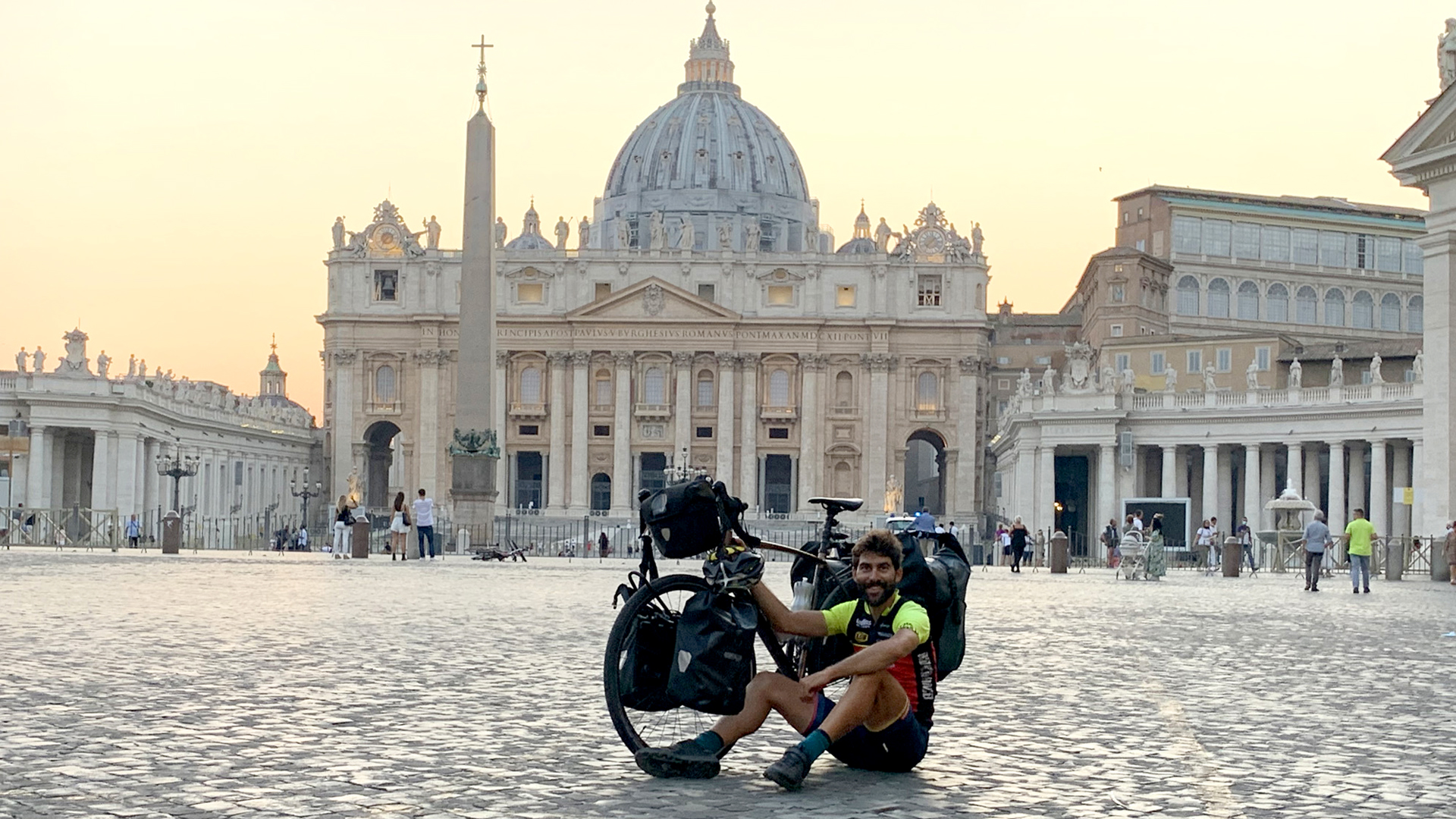 Nil Cabuti smiles while posing for that picture during his trip. (@nilbiketrip2020/Real Press)

BARCELONA, Spain — This long-distance cyclist decided to leave his job to embark on an amazing journey. He planned to cover a distance of 16,000 miles (25,749.504 km) through 43 countries during the Covid-19 pandemic.

Nil Cabuti Borrel, 30, had planned to cycle from his home in Barcelona, Catalonia in Spain to Singapore, a distance of about 25,700 kilometers.

“I always thought that in 2020, when I turned 30, I would like to do a longer trip. Hence, I started planning it a couple of years ago,” said Cabuti.

Cabuti has spent the past 10 years living in countries such as China, Mexico, Hong Kong, Qatar and Andorra working for a French company as a civil engineer. He loves sports, especially biking.

He is an experienced ultracyclist and rode from Barcelona to Istanbul in Turkey with a friend in 2013.

However, the route he planned would take at least eight months. So, he requested the company he was working in to grant him unpaid leave and the option to rejoin after the trip, to which the firm agreed.

After planning the trip, and before the coronavirus crisis started in Spain, Cabuti set-off on February 27, 2020.

He was aware the situation in China was bad, and his trip required him to cross the country to reach Singapore.

“Let’s make it to the border and see if they let me in, if not, I will turn back.”

He knew there were cases in Italy and France when he started the trip. “They were always saying it will not affect things a lot and that everything would be under control,” he said.

“I was not going to give up on a trip that had been in the making for years.”

He managed to cross the Spanish border and was updated thanks to his mobile phone. The gadget not only came in handy as a GPS, but he also used it for communicating with his family, finding accommodation, and staying up to date with the latest coronavirus developments.

“Every day, the situation was becoming more and more complicated,” said Cabuti.

On his arrival in Italy, he had to face a stark reality where everything was closed. “It was impossible to find food when supermarkets were closed and nothing was open.”

Finding accommodation was also a problem as he had to call at least 10 places to find a place to sleep. “I was compelled to stay at a private place. People were scared, nobody knew what was going on. There was nobody on the streets but I kept on riding my bike, alone.”

He tried to avoid the biggest cities when most countries had implemented lockdowns.

As he left Italy, he never thought of going back home as Spain and France were in states of emergency. “There were no planes, no transport. The only way of going back was by bike, by crossing France again and heading into Spain.”

“I told myself, it is worse to go back than to keep going on. Northern Europe did not have many cases. There were less restrictions,” he said, adding that he had to compromise with his Singapore dream.

During the 306-day trip, Cabuti experienced the toughest restrictions on the borders of Croatia and Turkey. He was allowed to enter some countries while others asked him to get quarantined. His point of contact were embassies, where he was informed about local restrictions to be fulfilled to stay in that country.

He also suffered a couple of accidents, though not serious ones. En route, he saw many famous mountain peaks, stayed with a family in Belarus and traveled through the night in Norway.

Cabuti faced the second pandemic outbreak in Europe, but he did not face any issues crossing the borders as he was returning home. He finally arrived on Dec 28 and plans to rejoin work in February.