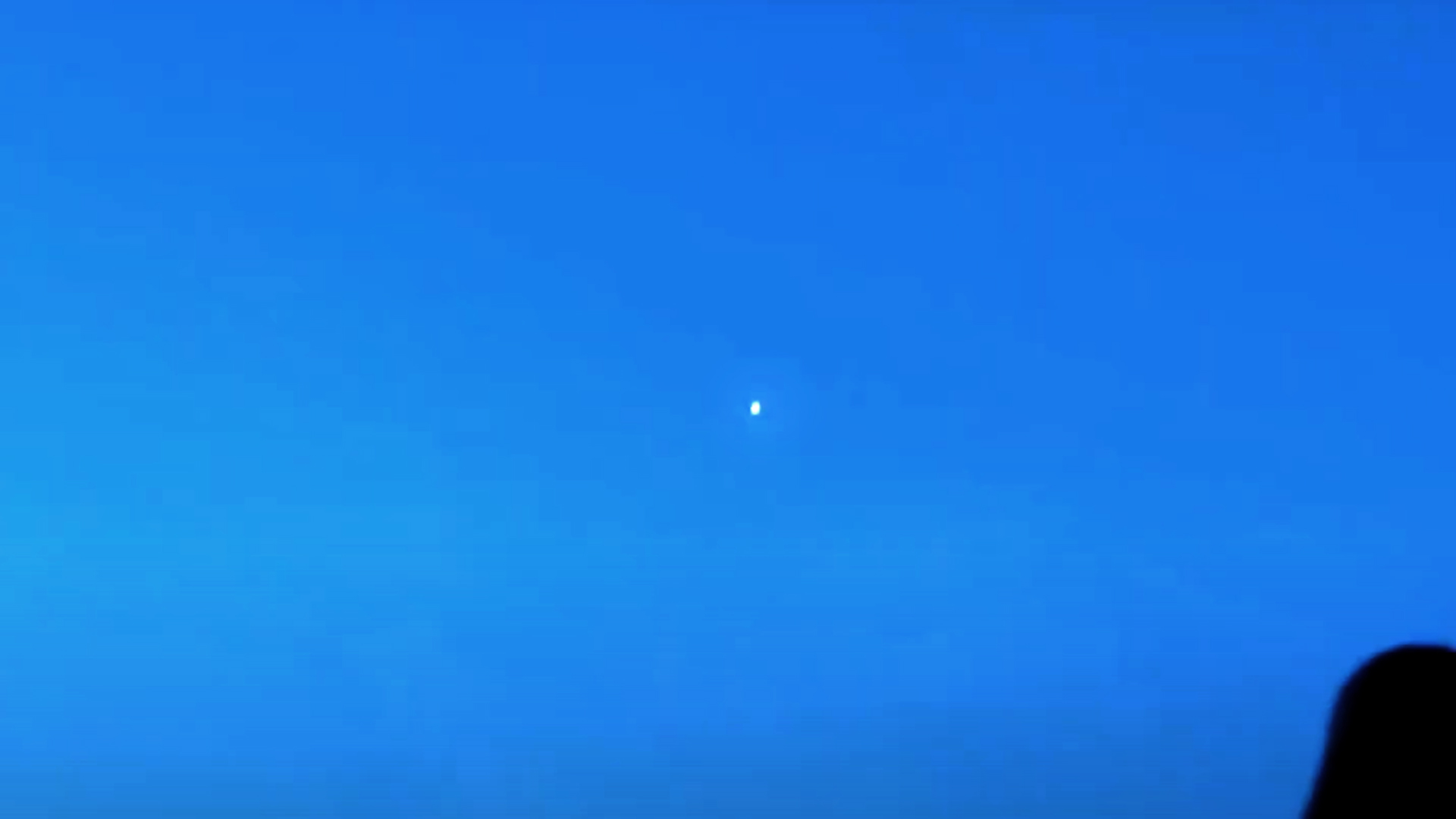 Photo of the UFO captured by the pilot. (Screenshot from video/ Youtube)

ISLAMABAD — What’s bright and shiny and shows up at an altitude of 36,000 feet?

That is precisely what’s driving speculation on social media after the pilots of a Pakistani aircraft reported seeing a UFO on their flight between Karachi and Lahore on Jan. 23.

The co-pilot asked ground control if there was any traffic in the region. The response, in a nutshell: No.

“Cockpit crew of PK-304 saw a bright object at a distance from the plane,” airline spokesperson Abdullah Hafeez told Zenger News. “The plane was flying at an altitude of 35,000 feet and the captain said that the object was at least another 1,000 feet higher.”

The captain captured the UFO on video and gave it to the authorities, in accordance with airline protocols, Hafeez said. 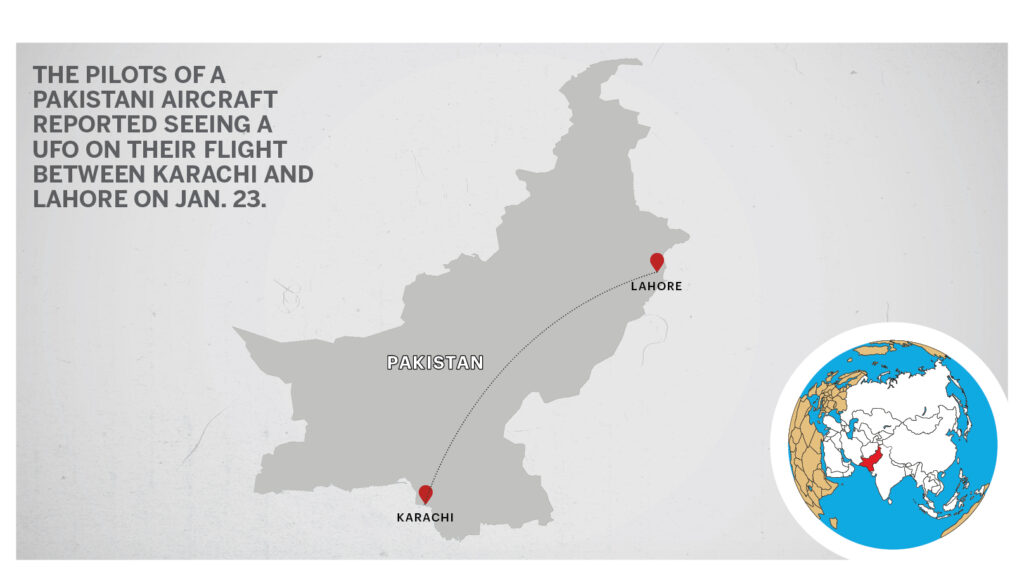 So far, no one has determined what it was the pilots saw, Hafeez said.

“I have seen that many assumptions are being made on TV channels and social media,” he said. “But these are all assumptions, and the authorities are looking into it. It is too early to say anything about it and maybe we will never be able to find out about the object.”

Hafeez confirmed that the video that is going viral on social media is the one captured by the cockpit crew.

And, as happens with similar sightings, speculation abounds.

“Wow, just wow! Guys this is 100% an actual foo fighter. The legendary WWII orbs that would ride alongside the planes and follow them over the ocean,” UFO hunter and blogger Scott C. Waring posted on his website.

“Look carefully at the screenshot &mldr; . Do you notice it has a metal ring around it and a brilliant white light coming from its center? That is the most focused foo fighter photo in the history of UFO research! Absolute proof aliens are still following planes and keeping an eye on humanity’s activities,” Waring wrote.

Aviation journalist Tahir Imran Mian told Zenger News that there is nothing unusual about the video.

“Pilots fly at an altitude where they see a number of objects,” he said. “It could be a satellite or anything for that matter. But it will be interesting to see how Pakistan International Airlines handles the situation. Would they seek help from international experts on this matter?”

The United States last year released three videos taken by Navy pilots. One was from 2004 and two were from 2015; all showed unidentified flying objects. The Department of Defense issued a statement, explaining why the video was released.

“DOD is releasing the videos in order to clear up any misconceptions by the public on whether or not the footage that has been circulating was real, or whether or not there is more to the videos,” the statement said. “The aerial phenomena observed in the videos remain characterized as ‘unidentified.'”

The videos, which show the objects flying at high speeds in the Earth’s atmosphere, include audio of Navy pilots expressing shock and awe. They were leaked in 2007 and again in 2017, when they were published in the New York Times.

A year ago, another video on Twitter that showed a black ring of smoke floating over Lahore kept people guessing, sparking conspiracy theories about aliens.

Media reports, however, said that the black smoke ring could have been caused by an industrial fault on the ground, such as an explosion. A similar sight occurred over Chicago in 2012 after an electrical transformer blew. In 2013 a pyrotechnic test accidentally created the same sort of black ring over Florida as technicians were preparing a fireworks display. The same thing happened in 2014 in Leamington Spa in the UK.