Unable to forget her past, Ina is still coming to terms with her new life. 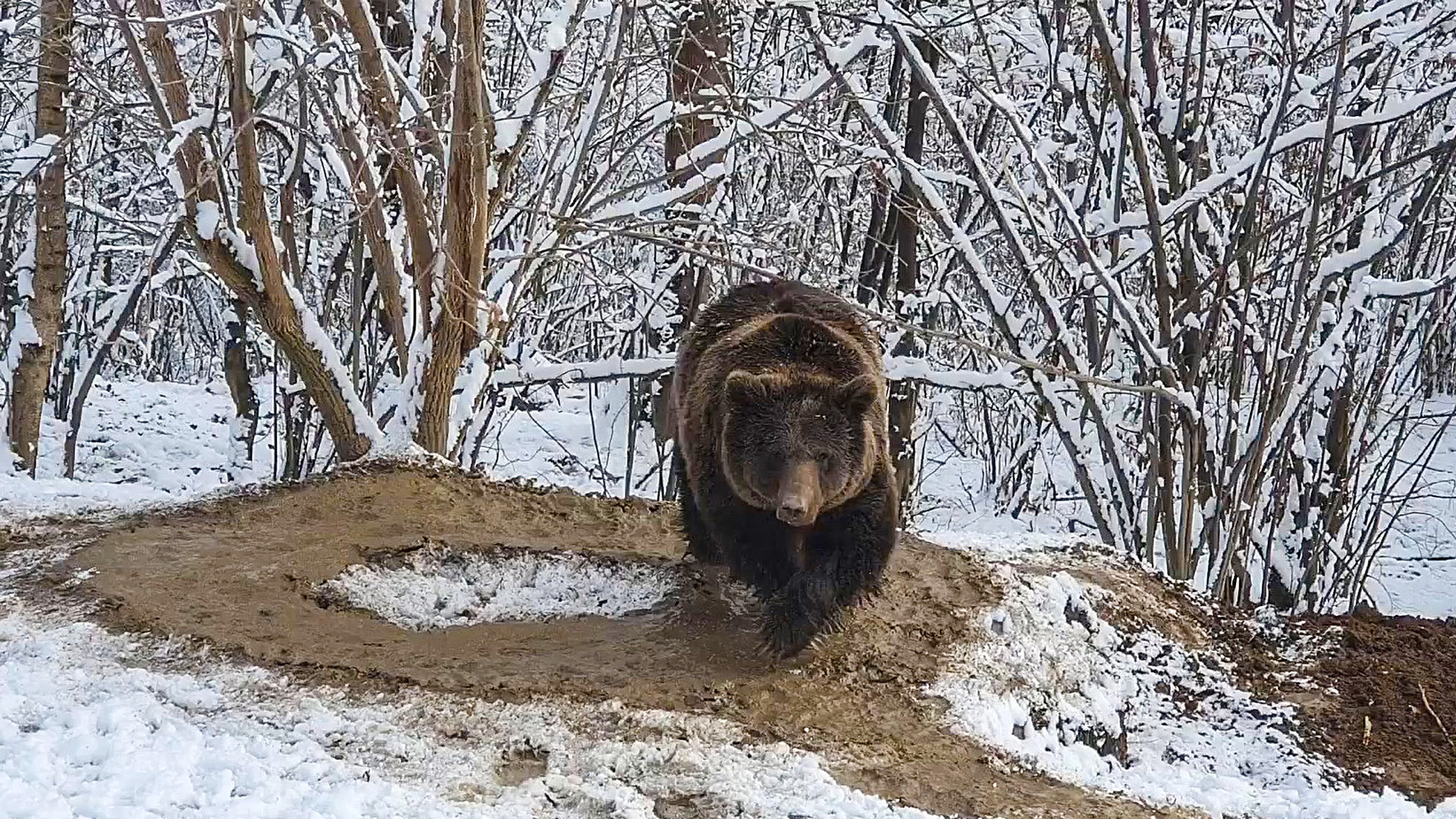 Ina, the bear that has been in a cage for 20 years, continues to circle even after being free now. (@Bear.Sanctuary/Newsflash)

PIATRA NEAMT, Romania — A video footage reveals a bear despite being released in the wild has been circling an imaginary cage for the past seven years.

The bear named ‘Ina’ was kept in a tiny cage at a zoo in the Romanian city of Piatra Neamț for 20 years before being rescued and relocated to a reserve in Zarnesti.  The action was carried out by the AMP Libearty bear sanctuary.

“She is free, but her mind is captive even now, and there are days when she turns endlessly in a circle penned in by an imaginary cage created by her traumatic life,” said a spokesperson for the organization.

After many years of complaints from local non-governmental organizations, the government finally abandoned Ina and sent her to a nature reserve in October 2014. Although now she has her own trees, swimming pool, and a nest, the shadows of the past continue to haunt her.

She still cannot properly comprehend a life without bars and continues to pace the imaginary cage as if it is still around her, point out her caretakers. She has been traumatized to an extreme level where the cage has become an integral part of her life even after her release.

“The image of Ina, the bear who lived in captivity for 20 years and who still hasn’t managed to forget the trauma she passed, has gone viral,” said AMP Libearty- Bear Sanctuary in a Facebook post. “Millions of people, around the world, got emotional at the sight of the suffering of the beautiful bear. Also, the other two bear cases we’ve been trying to save for years.”

The bear sanctuary said that in the zoo, Ina had to share space with another female bear, also her sister, Anca. The cage was so small that there was only room for one of them to exercise at a time. There was also a small pool of water that they had to share.

They said they shared the video to show that such trauma caused by 20 years in a tiny cage can never be forgotten and the animal still bears the mental scars.

“We did not expect the footage to go viral, especially given that Ina is now in our care and being looked after,” said the spokesman. “But we want people to remember that bears are not soulless beasts, and they suffer as we do from cruelty.”

“Captive birds often become so chronically distressed that they repeatedly bob their heads, peck at cage bars, shake or even collapse from anxiety, pull out feathers, and self-mutilate — sometimes to death,” said People for the Ethical Treatment of Animals, an animal right organization in a statement.