Weigh to Go: Baby Elephant Tops 30 Stone at his First Session on the Scales 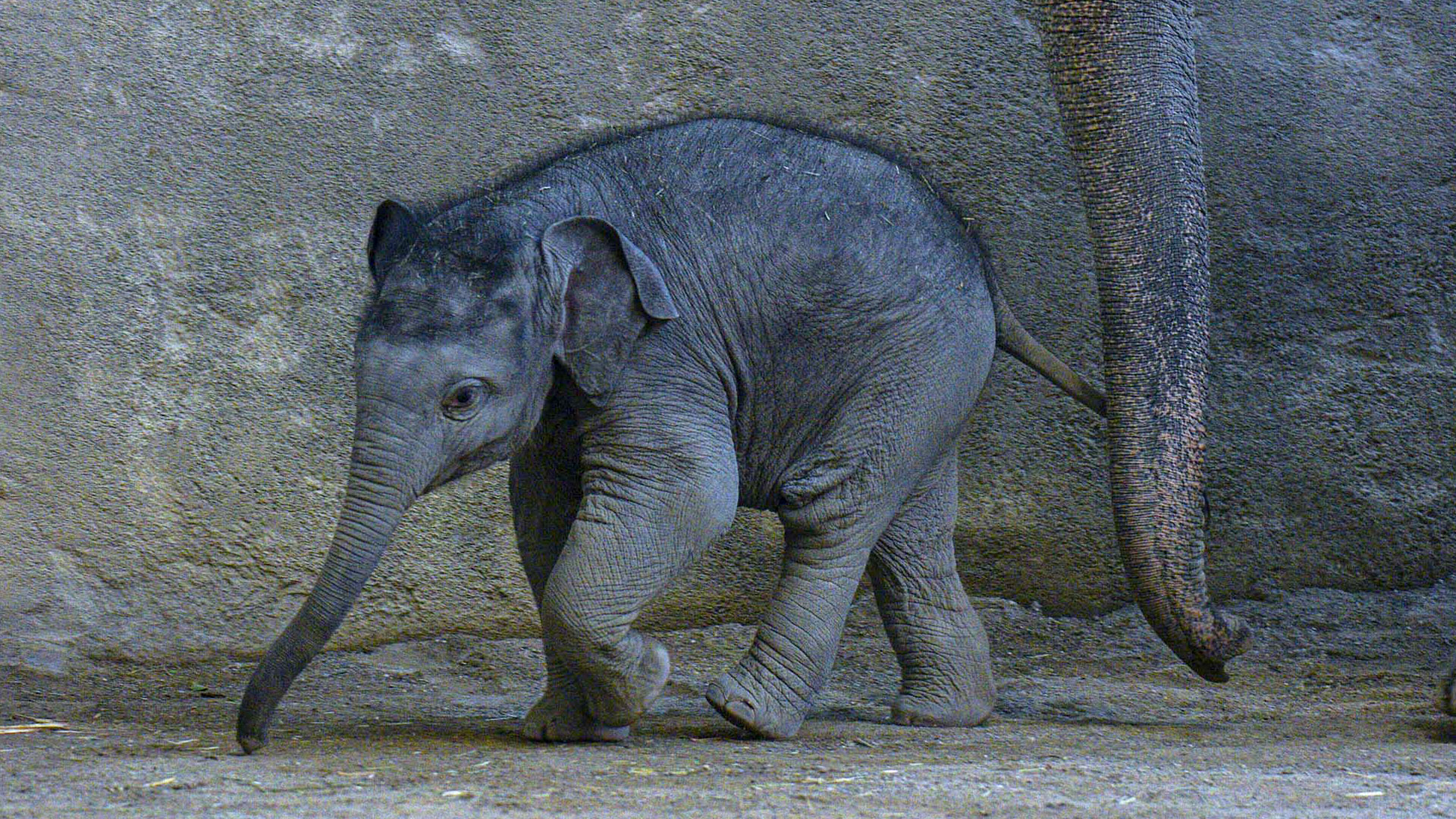 The baby elephant that doubled its birth weight in a couple of months. (Tierpark Hellabrunn, Navin Adami/Newsflash)

MUNICH, Germany — An elephant calf born at a German zoo is the real heavyweight after hitting 30 stone at its first weighing.

The little elephant, named Otto, was born at Hellabrunn Zoo in the German city of Munich in November last year, and is now almost three months old and eagerly waiting for visitors to be allowed back into the zoo.

“If Otto stepped on your foot, it would be very painful,” said zookeeper Daniel Materna. “But that’s unlikely to happen as we only work with Otto – as with all other elephants – in protected contact. This does not mean that we have no contact with him at all.”

In comparison, his mother Temi currently weighs exactly 3,965 kilograms (624 stone, 8,741 pounds). Animal keepers are satisfied with her current weight as she lost about 150 kilograms (23.6 stone, 330 pounds) after giving birth to Otto.

The young fellow’s daily routine includes spending time with his mum and two aunts Mallangala and Panang in the enclosure and sandpit.

According to the zookeeper, the baby elephant is very bright and always eager to discover something new and is trying to imitate the behavior of older elephants by breaking long sticks into pieces with its feet and trunk to chew on them.

“At the moment, it’s too cold for Otto and we also have to be sure that Otto knows he should come back in when the gate opens – this is something that requires a little training,” said Materna.

Obesity has a negative effect on the health and welfare of many species and has been speculated to be a problem for zoo elephants.

“A body condition score estimates adiposity based on visual or tactile evaluations of muscle tone and key skeletal elements,” reads the study. “A number of scoring systems have been developed for a variety of species, and scores are commonly based on an ordinal 5- or 9-point scale. Low scores represent animals with less body fat, whereas higher scores represent animals with more body fat.”

Despite a ban on the international trade in ivory, African elephants are still being poached in large numbers. Tens of thousands of elephants are being killed every year for their ivory tusks. The ivory is often carved into ornaments and jewelry – China is the biggest consumer market for such products.

“The ban on international trade was introduced in 1989 by the Convention on International Trade in Endangered Species of Wild Fauna and Flora after years of unprecedented poaching,” said the World Wildlife Fund. “In the 1980s, an estimated 100,000 elephants were being killed per year and up to 80 percent of the herds were lost in some regions.