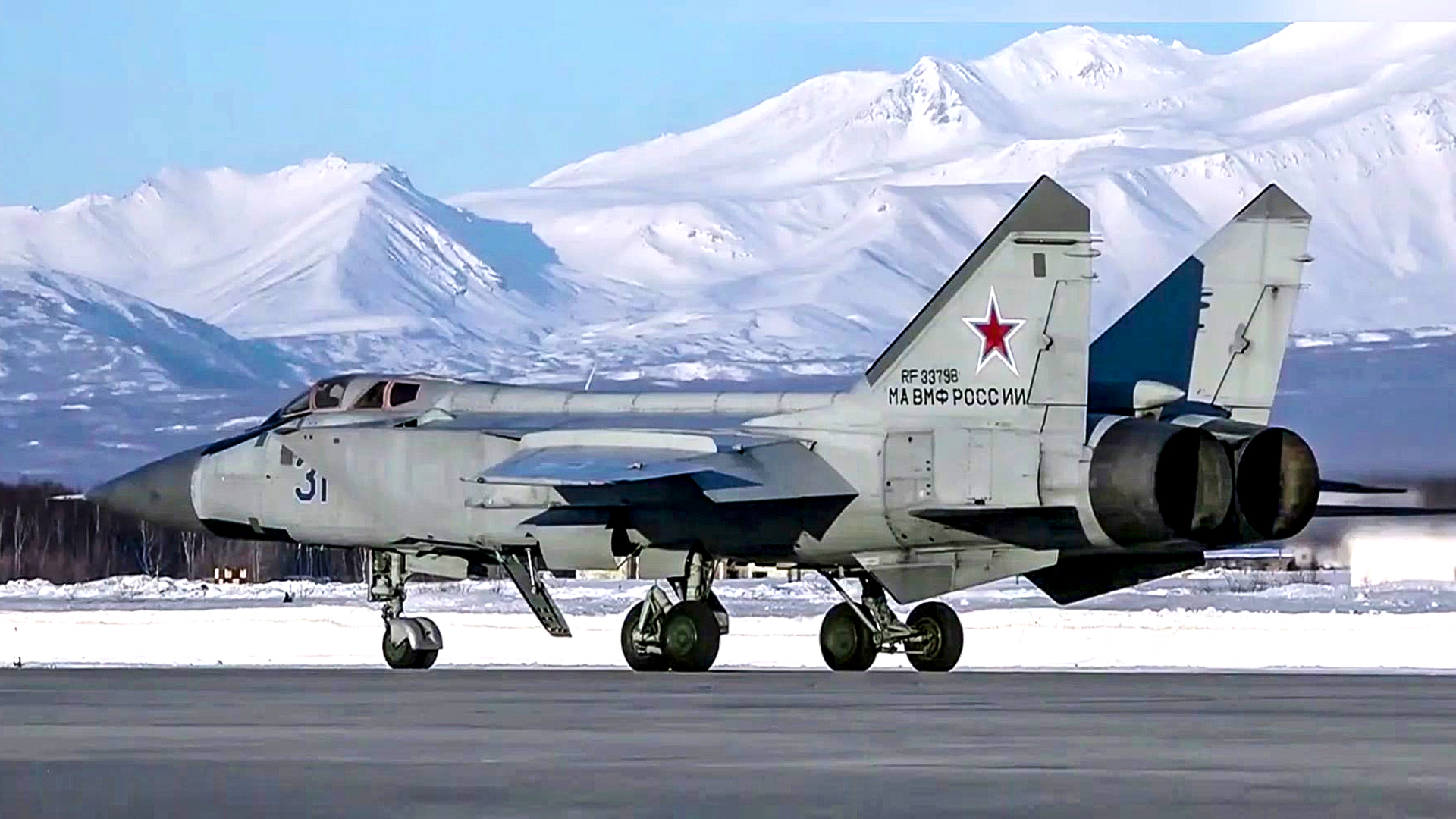 Fighter pilots of the Russian Navy’s Pacific Fleet carried out the exercise, where a simulated enemy performs a pre-planned attack on the Russian territory.

The role of the intruder was performed by a pilot in a MiG-31 aircraft, which simulated entering the country’s airspace at supersonic speed and high altitude within missile striking distance.

A defense crew in another MiG-31 was then called upon to intercept the mock enemy.

After performing an independent search and classification of the target, long-range air-to-air missiles were launched towards it.

According to objective control data, the target was destroyed as expected, marking the mission a success.

Equipped with an advanced Zaslon-AM phased-array radar, it can detect air targets at a maximum range of 320 kilometers.

It also has the ability to track 24 air targets simultaneously and engage with eight of them at once.

The Pacific Fleet’s airpower comprised the 250 combat aircraft and helicopters of its air force in the mid-1990s, which are land-based.

Being a Pacific nation, Russia national interests lie in the Asia-Pacific region. Moreover, its annual operations consist of two main training exercises and many smaller training events. A joint headquarters commanding the air, naval and land units, located in the Kamchatka Peninsula, was set up in the late 1990s.

“The MiG-31 Foxhound Russian air defense interceptor aircraft can destroy multiple targets at a time,” states fas.org, a website run by the Federation of American Scientists on weapons of mass destruction around the world. “It can also detect its target despite camouflage and destroy it. The MiG-31’s effectiveness depends on the world’s most powerful fighter the SBI-16 Zaslon fixed phased array antenna radar.”

The Foxhound is equipped with long-range AA-9 air-to-air missiles, which can destroy four different targets simultaneously.

“The MiG-31BM multifunctional air strike system is superlative to Foxhound as it can destroy both air and ground targets. This improvement is targeted at the fighter jet’s sale internationally. The MiG-31BM has a strong onboard computer system and the radar. The MiG-31BM is capable of intercepting up to 24 air targets simultaneously,” states the website.