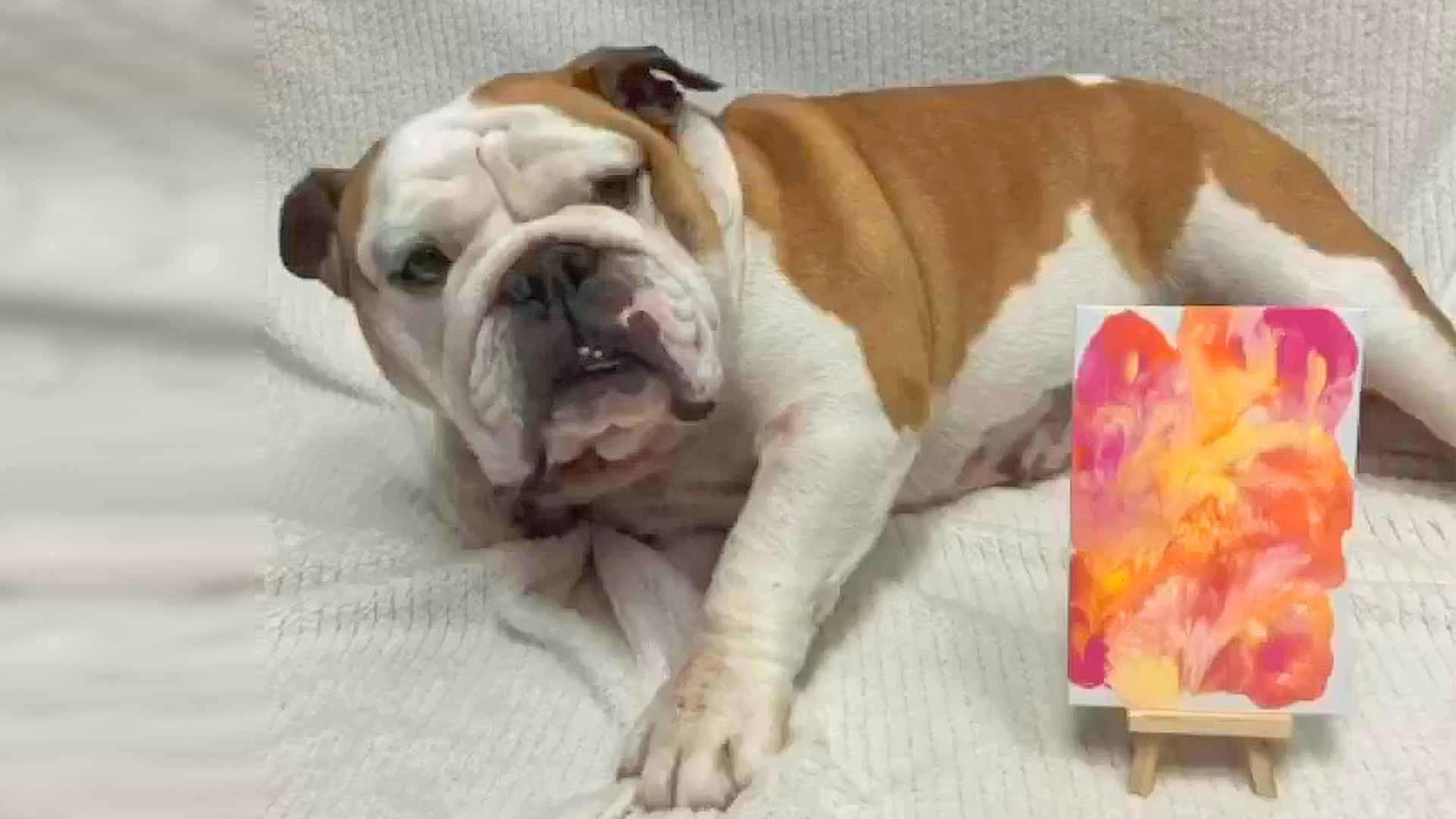 The beautiful artwork — Pup-casso Collection — will be auctioned to raise money for the Canadian animal shelter that takes care of them. (@lincolncountyhumanesociety/Newsflash)

ONTARIO, Canada — Dogs are not just man’s best friends but talented artists, too. Recently, cute canines at a shelter home in Canada created colorful paintings with their tongues.

The beautiful artwork — Pup-casso Collection — will be auctioned to raise money for the Canadian animal shelter that takes care of them.

“We place the water-based paint on a piece of the small canvas and cover it with plastic that has peanut butter on it. As the puppy licks, it creates its own painting,” said Kevin Strooband, executive director at the shelter.

The Lincoln County Humane Society, located in the city of St. Catharines in the Canadian province of Ontario, recently shared a video of their orphaned pups showing off their talent.

The puppies can be seen creating masterpieces as they lick the yummy food placed on top of a transparent plastic sheet.

The video of the entire activity is fun to watch and an absolute treat for pet lovers.

“After discovering this project, I went to work on making it a fun and enjoyable project for the Lincoln County Humane Society dogs,” said Olivia Bosey, an animal care technician at the shelter.

Strooband said a dog named Buddy was an 11-week-old Shih Tzu cross that had been abandoned because the owners weren’t really ‘dog people’.

“While adoption staff goes through the many applications for Buddy, he’s been busy creating a masterpiece!” reads a Facebook post by the Lincoln County Humane Society.

The organization said that they have since received over 700 applications from families willing to adopt Buddy and are no longer accepting new requests.

However, when it comes to pets, most Canadians prefer cats to dogs. As per a survey conducted in 2016, 35 percent of respondents stated to have owned cats while the number of people who owned dogs was 33 percent.

The Pet-food market is big in Canada with the average annual cost of dog food in the country goes to 1,083 Canadian dollars. 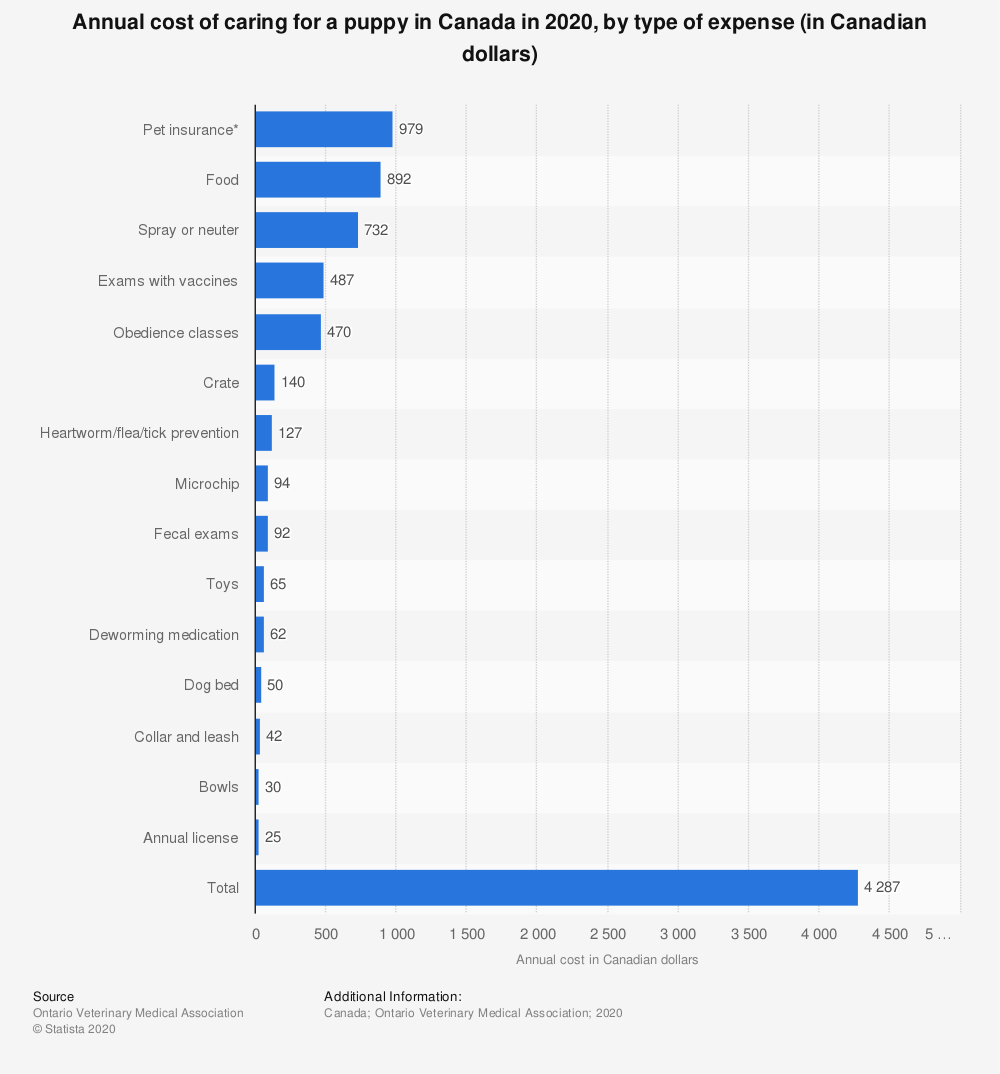 People shelled out 3,500 Canadian dollars for caring for their dogs in 2020. The dog owners’ highest expenses included food, pet insurance and dental. Similarly, the average cost of pet health insurance for a puppy in the first year amounted to 979 Canadian dollars.

Some animals are lucky to have loving owners while many end up on the streets. The problem of stray dogs is a global issue. According to the World Health Organisation, there are more than 200 million stray dogs across the world. On average, annually 55,000 people die from rabies, while another 15 million receive post-exposure treatment to avert the deadly disease. About 95 percent of such cases occur in Asia and Africa.

The American Society for the Prevention of Cruelty to Animals estimates about 3.3 million dogs enter U.S. animal shelters every year, of which 1.6 million are adopted. 390,000 dogs and 530,000 cats have been euthanized in 2022, according to Rainwalk Pet Insurance.

Out of the total dogs entering the shelter homes, approximately 48 percent are adopted while 20 percent are euthanized.