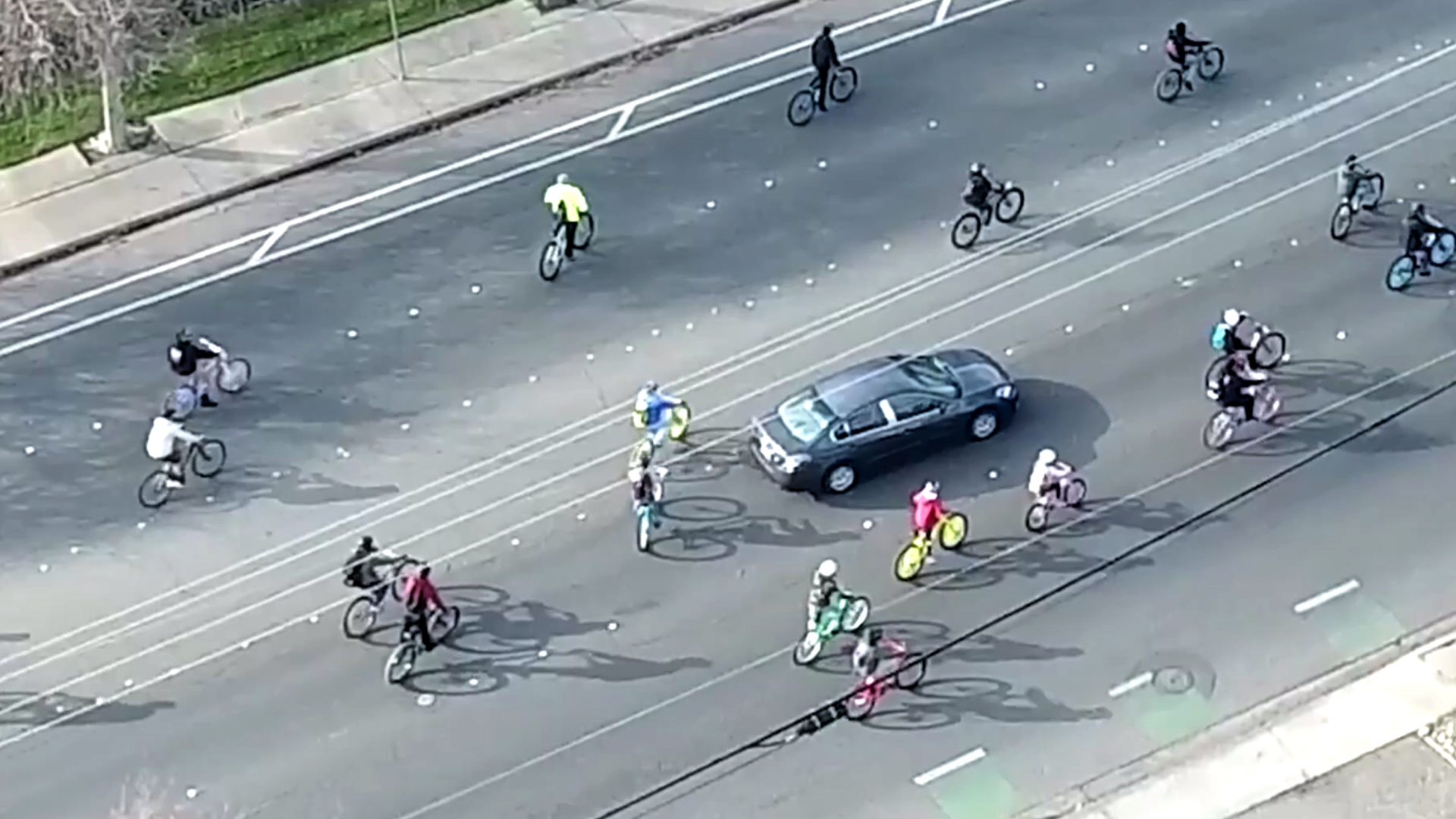 MODESTO, California — The bicycling craze has been increasing among youths in the United States, however, it turns dangerous for riders as well as other commuters when these youths fail to follow the rule of the law.

In one such case, Modesto police arrested five bicyclists and issued 14 citations to members of a cycling group for not following rules, and also impounded 19 bicycles.

According to the police, over 300 bicyclists, members and associates of a bicycle club, took part in an organized ride throughout the city of Modesto, in Stanislaus County, in the U.S. state of California on Jan 23.

Most of the participants in these group failed to follow the rules of the roadway posing a risk to the public.

“On multiple occasions over the past year, the Modesto Police Department has received 911 [emergency] calls from citizens who have reported that members of this bicycle group do not follow stop signs or red traffic signals, take over all lanes of the roadway, dangerously block vehicles on the roadway and fail to wear helmets as required for anyone under 18 years of age,” said the Modesto Police Department in a Facebook post.

Officers shared information on the rules of the roadway and how to ride safely in a group before the bicyclists began their group ride. Later, the police received calls from citizens reporting that some of them were not pausing for stop signs, and were taking up the entire roadway and blocking the movement of vehicles.

Officers tried to stop the group, however many of the riders fled and continued to ride for the next three hours.

“An 18-year-old male resident of Empire fled when Officers attempted to stop him,” said the Facebook post.

“A bicycle pursuit ensued, and minor force was used to take the male into custody. After being taken into custody, the male spat on the officers. Neither the officer nor the male was injured during this incident. The male was booked into the Stanislaus County Public Safety Center for resisting arrest.”

With the assistance of the Stanislaus County Sheriff’s Air Support Unit and the Modesto Police Department’s Unmanned Arial Vehicle Unit, video footage of the group’s disregard for public safety was captured during the ride.

“The majority of the pedalcyclist fatalities occurred in urban areas (75 percent) as opposed to rural areas (25 percent),” it said.

The average age of pedalcyclists killed in traffic crashes was 47. Over the past 10 years, this average age has steadily increased from 41 in 2008 to 47 in 2017.