In chiles en nogada, the fruit's intense shade of red stands for one of the three colors of the Mexican flag.
By Carlos Ramírez and Vanessa Sam January 28, 2021
Facebook
Twitter
Linkedin
Email 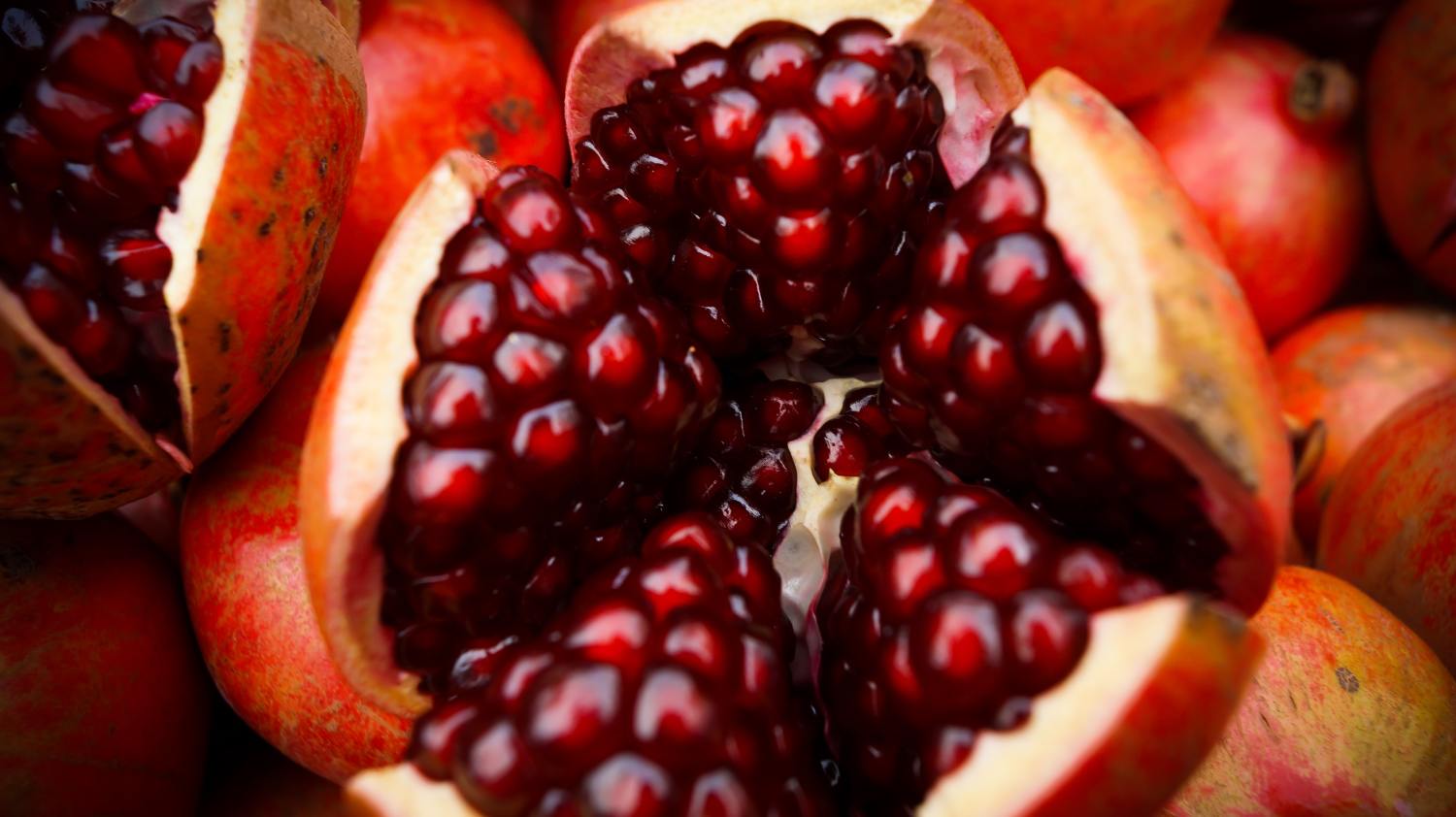 Chiles en nogada is an iconic Mexican dish, and pomegranate seeds are essential in its recipe.

Chiles en nogada is a quintessential part of Mexican identity, because, when served, it features the colors of the Mexican flag: green (poblano chiles); white (creamy salsa); and red (pomegranates). Mexicans traditionally enjoy chiles en nogada in September, the month their country celebrates its independence from Spain. They love this dish because it blends the poblano pepper’s spice and a sweet twist brought by the mix of nuts and pomegranate.

“Without question, I could say that pomegranates are highly remembered because of this dish,” said Mariano Escamilla Duran, a professional chef in Veracruz, Mexico. “Their color contributes a lot when it comes to serving chiles en nogada. The dish wouldn’t be the same without the seeds on top of the pepper dipped in cream, in addition to their peculiar flavor.”

“Pomegranates are a very rich fruit in every way. However, Mexicans consider them seasonal fruits. Their consumption is low and the season to find them is very short,” he said. “A kilo may cost between 40 and 50 pesos ($2 to $2.50).”

Mexicans can buy pomegranates from August to October. As ubiquitous as pomegranates may be in Mexico, they are not endemic to this country, but the Middle East.

People already enjoyed pomegranates in ancient Persia, now Iran. Phoenicians transported them in trips through the Mediterranean, seeking after them so much that they almost made the fruit extinct in the Middle East, Northern Africa and Southern Europe.

Pomegranates eventually arrived in the Americas, with the Spaniards bringing them to Mexico in 1769. Soon after, the first crops grew in the central states of Colima, Michoacán and Jalisco.

Thanks to their flavor and color, pomegranates soon became an ingredient of chiles en nogada. Born in Puebla to please Mexican emperor Agustín de Iturbide, chiles en nogada include poblano peppers stuffed with pork meat and fruits, covered with a creamy walnut sauce and sprinkled with pomegranate seeds.

“People do not know all pomegranate’s properties and how good the fruit is for their health,” said Escamilla Durán.

For one thing, pomegranates are an antioxidant. They can contribute to preventing cancer and respiratory diseases, as well as lowering cholesterol and serving as an anti-inflammatory. Drinking its juice is good for kidney health, as it prevents the formation of stones and helps fight infections.

In addition, eating pomegranates increases testosterone levels. So, some people consider them aphrodisiac.

«Previous Post
Dance Fever: The Easy Rhythms Of The Cha-Cha Captivated The World»Next Post
The Miner Who Became A Mexican National Symbol