No Fracking Ban, Though Biden Faces Backlash On Energy Initiatives 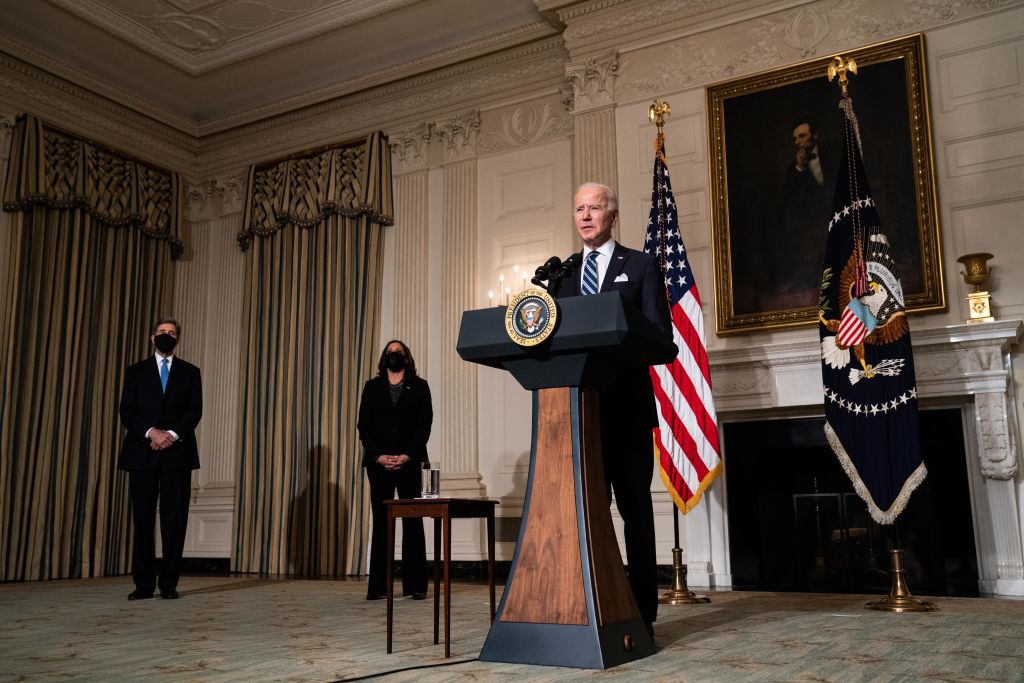 President Joseph R. Biden Jr. on Wednesday said that he will not ban hydraulic fracturing in the country, but his environmental agenda still drew scrutiny from the oil and gas sector.

Biden signed a slew of executive orders that prioritized his proposed $2 trillion clean energy initiatives, orders that included a pause on oil and gas leases on federal land.

Briefing reporters during a signing ceremony, however, the president said he was “not going to ban fracking.” Instead, he directed the Interior Department to pause leasing on public lands to “the extent possible” and promised a “rigorous” review of the permitting processes.

Biden made similar remarks on the campaign trail, prompting the American Petroleum Institute to call it a job killer. The orders signed Wednesday would impact Western states, but spare oil-rich Texas, which has no federal lands.Still, Texans were having none of it. Ed Longanecker, the president of the Texas Independent Producers & Royalty Owners Association, said in a statement that there will be obvious economic consequences of Biden’s new oil and gas restrictions. The timing, he said, could not be worse.

“In the midst of a recovery from last year’s oil price crash and the extreme demand deconstruction prompted by the coronavirus (COVID-19) pandemic, any government-imposed setbacks to the energy sector are expected to lead to higher electricity prices, job losses and diminished revenue for government coffers, amongst other impacts,” he said in a statement.

A similar question was posed to Biden’s top climate advisers, former Secretary of State John Kerry and former Environmental Protection Agency chief Gina McCarthy, during a Wednesday press briefing. Kerry responded by saying the hefty price tag on Biden’s clean energy plans was worth it, pointing to the billions of dollars of damage caused from recent hurricanes, hurricanes that scientists suggest were stronger because of the impact of climate change.
https://www.c-span.org/video/?c4941821/president-biden-taps-epa-administrator-lead-white-house-office-domestic-climate-policy

Biden promised his program of clean energy jobs would, in effect, replace the approximately 11,000 union jobs being eliminated by canceling the Keystone XL pipeline.  “A key plank of our Build Back Better Recovery Plan is building a modern, resilient climate infrastructure and clean energy future that will create millions of good-paying union jobs,” he said.

However, also on Wednesday, his nominee for secretary of energy, Jennifer Granholm, admitted to a senate panel some jobs may have to be “sacrificed.”

“I think the president’s plan of building back better would create more jobs in energy, clean energy, than the jobs that might be sacrificed,” she said. “But I will say this, no job — we don’t want to see any jobs sacrificed,” the former governor of Michgan said.

The no-fracking announcement comes on the same day the U.S. Energy Information Agency announced that energy prices as a percentage have increased more than non-energy commodity prices since October.  Many analysts say banning fracking would increase the cost of drilling oil and natural gas, which will drive up the prices consumers pay for gasoline and natural gas for heat and cooking.

Environmental organizations continued to press Biden and his administration on implementing climate-friendly initiatives.

“We need policies that lead us to a safer and more livable environment for all Americans, but especially for those of us who live, study and work in areas disproportionately harmed by fossil fuel extraction and pollution,” Cesar Aguirre, a community organizer with the Central California Environmental Justice Network, said in a statement. “It is clear we cannot wait any longer.”

The United States is among the world leaders in terms of oil production, though global trends suggest a move toward a cleaner future. API President and CEO Mike Sommers said his organization, which represents hundreds of oil and gas interests, shares Biden’s ambition of tackling climate change, something he said would be powered through U.S. innovation and jobs.

“Unfortunately, today’s executive action to halt leasing is a step backwards both for our nation’s economic recovery and environmental progress, threatening to cost thousands of jobs and much-needed revenue while increasing emissions by slowing the transition to cleaner fuels.”

However, Biden said when it comes to climate change, “we need to be bold.”