Engaging in illegal races without government licensing and illegal betting on these races is also common in Italy.
By Iskra Petrush January 28, 2021
Facebook
Twitter
Linkedin
Email 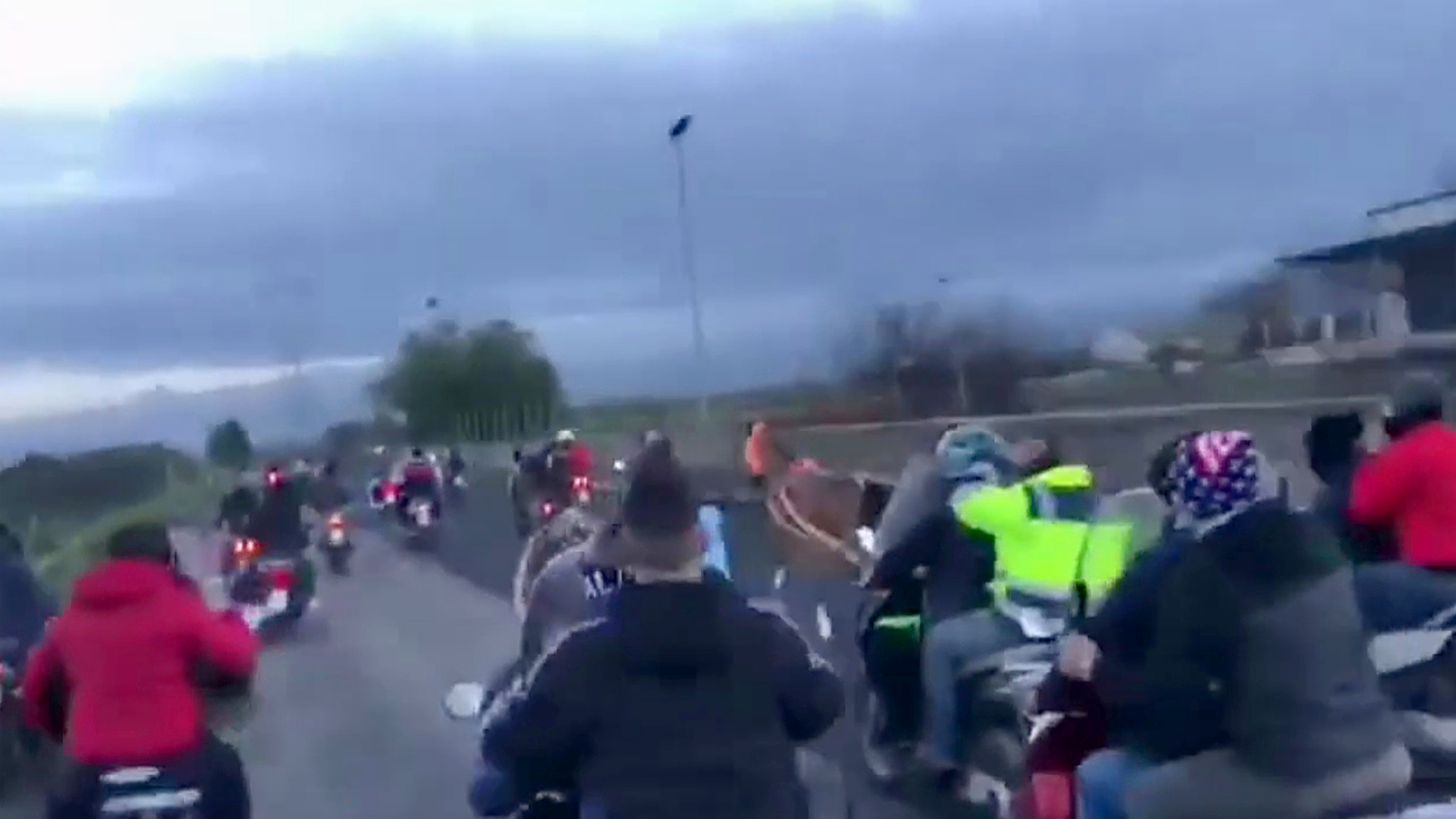 Sicily, Italy – An illegal horse race took place on a provincial road in the town of Paterno in the Metropolitan area of Catania on the southern Italian island of Sicily on Jan 10.

Italy has imposed a stricter lockdown since the beginning of January 2021 to manage Covid-19 infection rates. All gatherings are prohibited according to the lockdown guidelines.

Reports state the race was held during the lockdown and the outraged local residents notified the police about it.

The Italians own a proud heritage of horse racing and stand alongside UK, Ireland and Finland in the sport. However, engaging in illegal races without government licensing and illegal betting on these races is also common in Italy. Milan, a prominent Italian city and famous for its horse racing events, made €1.42 million ($1.73 million) through horse racing in 2020.

“Practices that jeopardize the health and welfare of the horse, the welfare of the rider, and other participants, as well as the integrity of horse racing, are inappropriate and prohibited,” states the International Federation of Horseracing Authorities that oversees the horse racing events and lays down guidelines for the races.

The Italian police have reportedly identified seven people in the video, including the 27-year-old race winner, who was also found to be one of the organizers. The owner of one of the horses was also identified and is reportedly the winner’s uncle and the pair manages a stable together.

The investigation is on and the local police has tracked down the stable and seized five horses.

A video of the stable has surfaced where a cop scrutinizes the stable while walking around. He finds various injections kept at the back of the stable in a cupboard. Officers also found veterinary drugs, mostly imported from abroad without medical prescription and import authorization.

The drugs are reportedly administered to the horses to enhance the animal’s performance.

According to the International Federation of Horseracing Authority, “With the exception of veterinarians authorized by the stewards or horse racing authority, nobody shall bring into the stables of a racecourse on a race day either a prohibited substance or any means of administering such a substance.”

The authority also states that any substance compromising the health of the rider or the horse will be deemed illegal.

The arrested pair is being investigated for animal abuse and interruption of public service, which could carry fines of up to €22,000 ($26,717.35).

The other suspects may face charges for being “active spectators” in violation of Covid-19 rules, according to the investigators.

«Previous Post
Weigh to Go: Baby Elephant Tops 30 Stone at his First Session on the Scales»Next Post
Dozens of Chameleons Rescued From Trafficker at Vienna Airport