For A Social Media Guru With Money To Give Away, Twitter Becomes Charity’s New Home

Bill Pulte’s 3 million Twitter followers are choosing who wins an award for following his lead and giving away their wealth.
By David Martosko January 28, 2021
Facebook
Twitter
Linkedin
Email 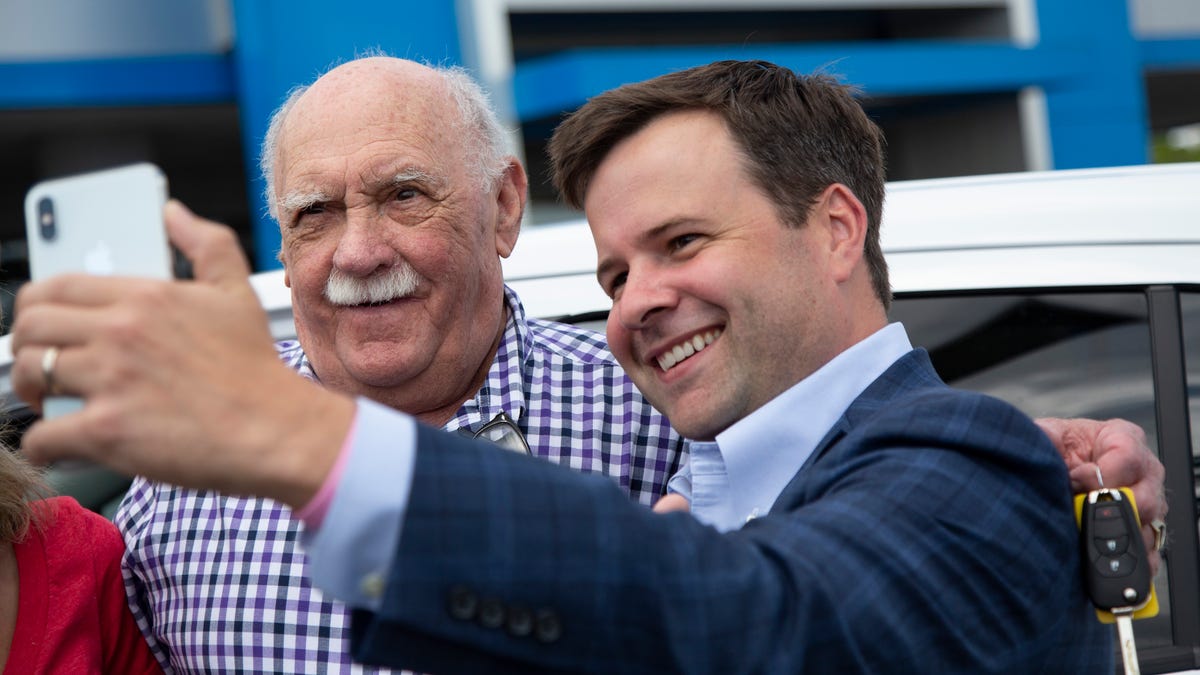 I’m giving my money away LIVE to many of you and more! https://t.co/42AlYoEinK

“It’s Thursday. You know what that means. Time to help some people!” Bill Pulte tweeted on Jan. 28 as he prepared to hand out a heart-shaped trophy and $10,000 to the crowdsourced recipient of his “Twitter Philanthropist of the Year” award. The event will stream on Twitter’s Periscope platform. The catch is that the winner has to give the money away.

A tweet can go viral for hundreds of reasons, but free money tops the list. Pulte’s no-strings-attached cash giveaways have attracted wealthy imitators.

That, he says, is the point.

Barstool Sports CEO Dave Portnoy is in the running for Pulte’s award, along with “MrBeast” YouTuber Jimmy Donaldson and One In An ARMY, a leaderless group of volunteers who funnel micro-donations from fans of the K-pop group BTS into a different nonprofit project every month. January’s recipient is Lost-n-Found Youth, which helps homeless LGBT teens. The fan group never touches the money.

Portnoy’s Barstool Fund solicits donations on Twitter for small businesses struggling with economic smackdowns from the COVID-19 pandemic. He has collected nearly $33 million since early December from more than 200,000 people. Donaldson, 23, peppers his tweets with stunts: $10,000 to a random person who follows both him and Pulte, 30 seconds to fill a bowl at a jewelry store with diamonds and gold, 1 minute to raid a Best Buy for anything that will fit in a cart — including gift cards. (His fame stemmed from a Jan. 8, 2017 YouTube video in which he counted from 1 to 100,000 over a span of 40 hours.)

Pulte, a private equity executive, has more than 200 employees and a half-dozen years of aggressive charity under his belt. His nonprofit, the Detroit Blight Authority, cleared dozens of city blocks of condemned houses and trash-filled vacant lots with help from city government beginning in 2013. In 2019, he teamed up with Twitter founder Jack Dorsey to launch a blight authority in St. Louis, Mo. Four city blocks went from urban decay to clean slate in three days.

Pulte knows how to tear things down and build something new while turning a profit. His grandfather William J. Pulte founded America’s second-largest home builder, and Bill — who says his wealth isn’t built on an inheritance — made his fortune from the sale of two companies that replace heating and air conditioning systems in commercial and apartment buildings.

His St. Louis partnership with Dorsey led to a broader pledge: He would give away $100,000 by the end of 2019 to ordinary people struggling with joblessness, homelessness, crushing student loan debt and other daily struggles that a one-time cash infusion could soften.

“Money can’t buy happiness, but neither can poverty,” he says on his Twitter feed.

Sometimes it’s $20 and sometimes $10,000 on the Cash App platform — he tweets screen-captures as proof — for one of his followers who “likes” a tweet promising the next money-drop. He’s given a new car to a disabled military veteran, rent money to a family living in their vehicle, cash to teachers who can’t afford school supplies and money to the parents of a child with cerebral palsy whose customized $15,000 communications tablet was stolen.

Pulte’s in-your-face social media philanthropy took on its own personality by the end of 2019. His fans began responding to tweets asking them to add their own money to his, for causes like 5-year-old Lexi Wertenberger’s tablet. Many recipients of giveaways in 2020 have said they did not keep the money all for themselves.

“I know the perfect person for this, but sadly he doesn’t use Twitter,” Pulte fan Derek Ross tweeted on Jan. 15, 2021. “He’s an old college roommate of mine from 20 years ago. He still is in school trying to better himself while he works 3 jobs. He’s had the worst luck in life. But he doesn’t give up. He always keeps trying.”

The Twitter Philanthropy Award livestream presentation will begin at 7:00 p.m. EST. To attract eyeballs, Pulte says he will give away more of his money to the real-time audience.