Dozens of Chameleons Rescued From Trafficker at Vienna Airport

74 chameleons, including endangered ones, were stashed in his luggage.
By Georgina Jadikovska January 28, 2021
Facebook
Twitter
Linkedin
Email 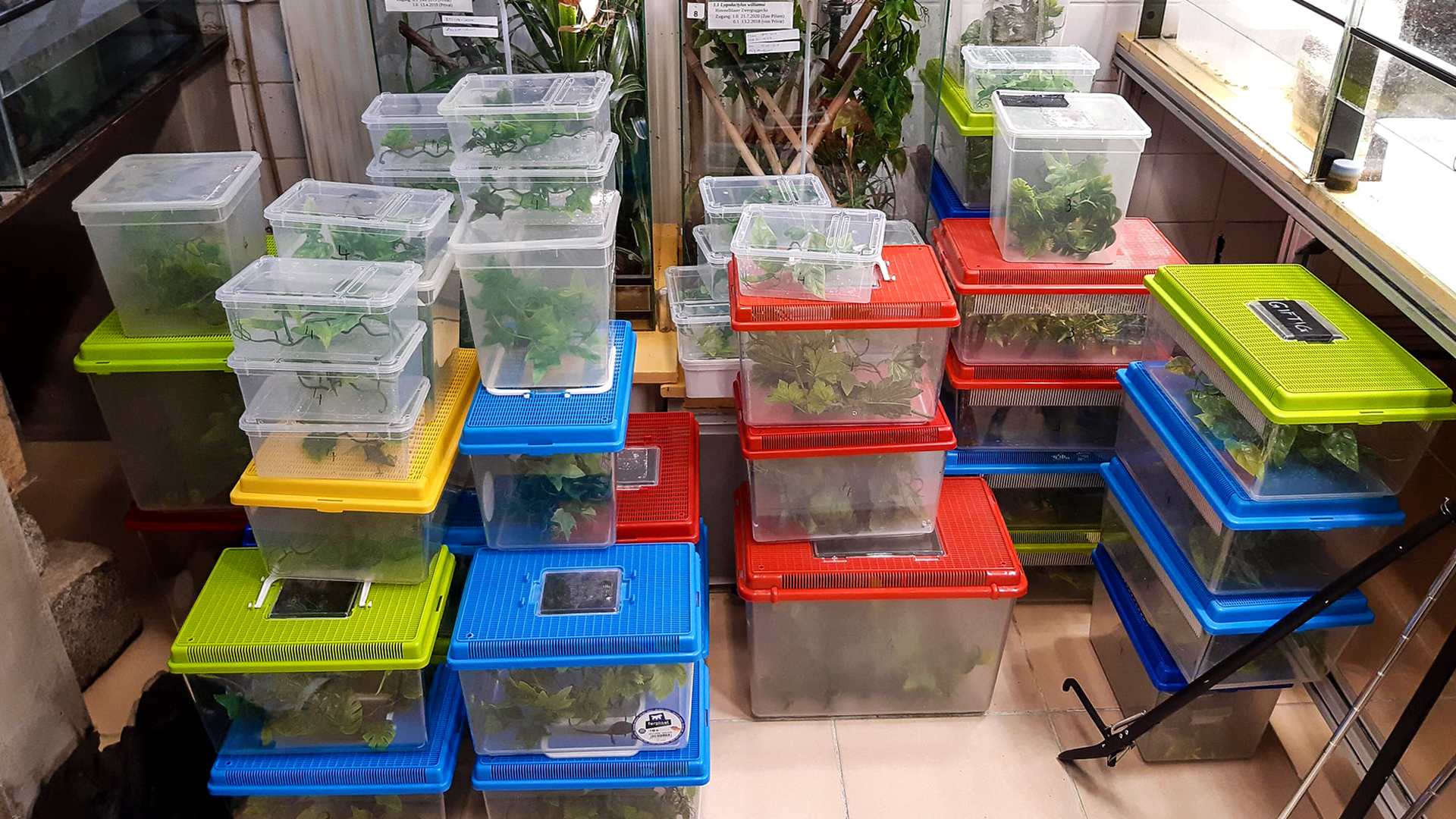 Over 70 protected species of chameleons, discovered in suitcases at Vienna Airport. (BMF, Zoll/Newsflash)

The man, who was initially traveling from Tanzania via the Ethiopian capital Addis Ababa, tried to hide the lizards in his luggage but was caught after his suitcase was scanned.

“They are exclusively chameleons from the Usambara Mountains, a currently very rainy and cool region in Tanzania,” said Anton Weissenbacher, an expert on reptiles and zoological department head at Vienna’s Schoenbrunn Zoo.

Officials managed to find 74 protected species of chameleons, whose value in the black market is around €37,000 ($44,894). They have not revealed the identity of the accused, but have arrested him.

“The animals have to be kept at a high level of humidity, but at the same time airy and cool,” said Weissenbacher when he unpacked the reptiles with his team of zookeepers and examined them.

The chameleons, including a one-week-old, are said to be in good shape and now living in proper terrariums where environmental conditions are provided to meet their needs.

Zoo experts claimed the chameleons belonged to the Usambara Mountains, and were smuggled for an illegal trade at the Czech black market.

“Three animals were dead on arrival and others in relatively good condition. They are young animals from around a week old to adult chameleons.”

Finance Minister Gernot Bluemel said in a statement that he is “happy that the customs officers could contribute to ending animal suffering and support animal welfare including supporting the preservation of rare species such as these”.

International Union For Conservation of Nature’ Species Survival Commission Chameleon Specialist Group has put up the pictures of retrieved reptiles on its Facebook page.

“Harvesting of chameleons from the East Usambara Mountains of Tanzania for the exotic pet trade is of concern due to the high rates of habitat loss in this region and the fact that many of the species are endemic or near-endemic to this isolated montane forest,” states a report published in Herpetological Conservation and Biology journal.

According to the report, Tanzanian chameleons, except the pygmy chameleons, are protected under the Convention on International Trade in Endangered Species of Wild Fauna and Flora.

There are over 180 species of chameleons across the globe. Their size varies from 0.75–28 inches.