The former president confided his plans for a comeback bid to Ric Grenell, who revealed them in a Zenger News interview.
By David Martosko January 27, 2021
Facebook
Twitter
Linkedin
Email 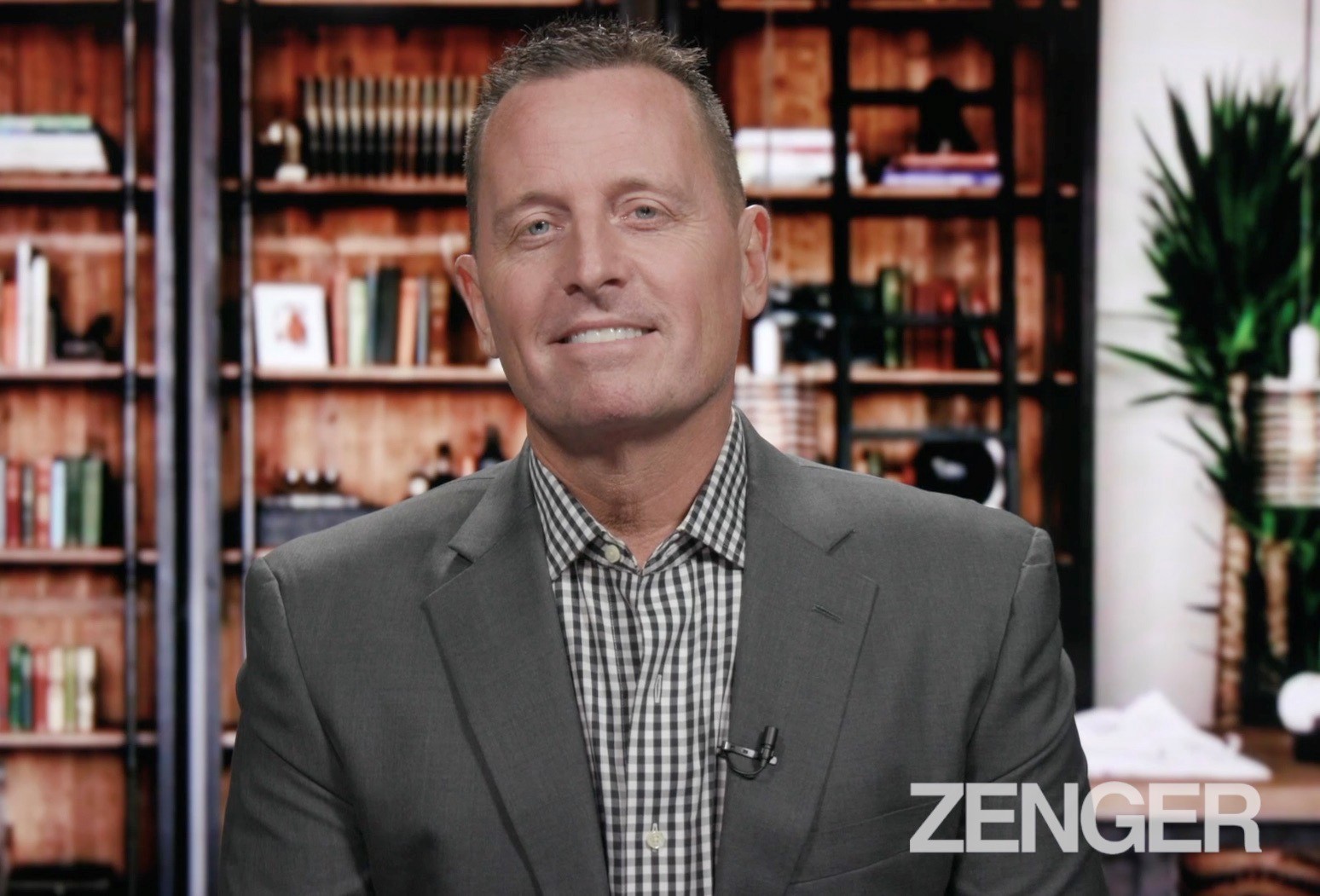 In a confidential conversation, Donald J. Trump told a trusted Cabinet official that he will make a political comeback in 2024.

The odds of Trump’s success would be long. Only one former president has ever succeeded in securing a second, non-consecutive term. That was Grover Cleveland, last elected in 1892. And if Trump were to win the 2024 Republican nomination, he would be the oldest man ever to do so.

Meanwhile, Democrats in Congress are working to bar Trump from even entering a party primary. (Both major political parties have rules against allowing ineligible candidates from taking part in their nomination contests.) When the U.S. House of Representatives voted to impeach President Trump, the measure included a recommendation to prohibit him from holding any elected office at the national or state level.

Still, technicalities may create an opening for Trump. The House failed to send the impeachment documents to the U.S. Senate before Trump stepped down at Noon on January 20 – raising a legal question about the Senate’s jurisdiction over him. It’s controversial among legal scholars whether Trump, as a private citizen, can even be tried in the Senate, or whether he can be barred from holding office after his term is over. Only one federal official in U.S. history has been tried by the Senate after his resignation. In that obscure 19th century case, Secretary of War William Belknap stepped down just hours before his Senate trial was set to start and many senators may have not known that he had already resigned.

Ric Grenell, who was Trump’s acting director of national intelligence and earlier Trump’s hand-picked U.S. ambassador to Germany, told Zenger News on Saturday that Trump plans to fight to return to the White House.

Trump’s course of action is not finalized and may change, said Grenell. “President Trump has told me that he’s going to run again in 2024,” he said. “But it remains to be seen over the next couple of years if that changes. But he had made all indications that he would.”

Will Trump actually follow through? Grenell said only that “he has indicated to me that he will run again, and it remains to be seen.” Grenell said he isn’t sure if Trump’s wife and children have been consulted about his 2024 election plans.

Some Trump family members are clearly leaving the door open for another presidential bid. “Donald Trump is still, and will be for the foreseeable future, the head of the Republican Party. He received record turnout in the 2020 election, has a proven history of successful policies and, if he decides to run again, I believe he will win,” Lara Trump, a senior 2020 campaign adviser, said in a Jan. 25 text message.

Trump’s impeachment trial is scheduled to begin Feb. 9. Every House Democrat and 10 House Republicans voted to impeach him days after rioters stormed the U.S. Capitol on Jan. 6 in a doomed effort to halt the official tallying of Electoral College votes. One police officer died from complications after being struck with a piece of masonry. Another, in plainclothes, shot an unarmed woman dead as she was climbing through a smashed window to unlawfully enter a blockaded chamber held by U.S. Capitol Police.

The lone article of impeachment condemns Trump for making “false claims that ‘we won this election, and we won it by a landslide.'” It says Trump “willfully made statements that, in context, encouraged — and foreseeably resulted in — lawless action at the Capitol, such as: ‘if you don’t fight like hell you’re not going to have a country anymore.’”

A Democratic slate of House impeachment managers walked the article over to the Senate at 7:00 p.m. on Jan. 25, starting the legal process in the Senate. Rep. Jamie Raskin (D-Md.) read it on the Senate floor.

Senate Democrats expect that all 48 senators who belong to the Democratic Party, and the two independents who caucus with them, will vote to convict Trump. But conviction requires a minimum of 67 votes and it is unclear that Democrats can rally 17 Republicans to join them.

Trump “encouraged and incited insurrection, which was intended to interfere with the peaceful transfer of power. Now that the House has rightly moved to impeach him, we should act quickly in the Senate to convict President Trump, remove him from office, and bar him from holding office again,” Sen. Patty Murray (D-Wa.) said in a statement.

“After what he has done, the consequences of which we were all witness to, Donald Trump should not be eligible to run for office ever again,” Senate Majority Leader Chuck Schumer (D-N.Y.) said last week on the Senate floor.

Democrats in Congress argue the U.S. Constitution’s impeachment clause applies to former presidents. According to language elsewhere in the Constitution, they say, impeached and convicted officials can be disqualified from serving in federal elected office again. These other clauses cited by Democrats refer to “officers of the United States” and, Republicans say, elected officials have never been considered “officers of the United States” in constitutional matters. Legal scholars are divided on the matter.

Sen. Tom Cotton (R-Ark.) denies that the Senate has jurisdiction to hear the impeachment case. “Under these circumstances, the Senate lacks constitutional authority to conduct impeachment proceedings against a former president,” Cotton said. “The Founders designed the impeachment process as a way to remove officeholders from public office — not an inquest against private citizens.”

Some Democrats have suggested the 14th Amendment could provide another avenue to force Trump out of politics. It bars Americans who “have engaged in insurrection or rebellion” after swearing an oath of allegiance from holding any federal or state office.

Prosecuting the Capitol rioters may provide material for Trump’s defense against charges in the Senate. The federal criminal investigation into the January 6 assault on the Capitol has resulted in more than 100 arrests; testimony indicates that the Oath Keepers and the Three Percenters, two radical groups, appear to have started planning the Capitol attack in December 2020, weeks before Trump’s January 6 speech that Democrats say inflamed the rioters.

So far no Republican senator has publicly made a commitment to cast an impeachment vote against Trump.

Whatever the outcome, the Trump drama will continue to loom over the new administration of President Joseph R. Biden Jr. for weeks if not longer.