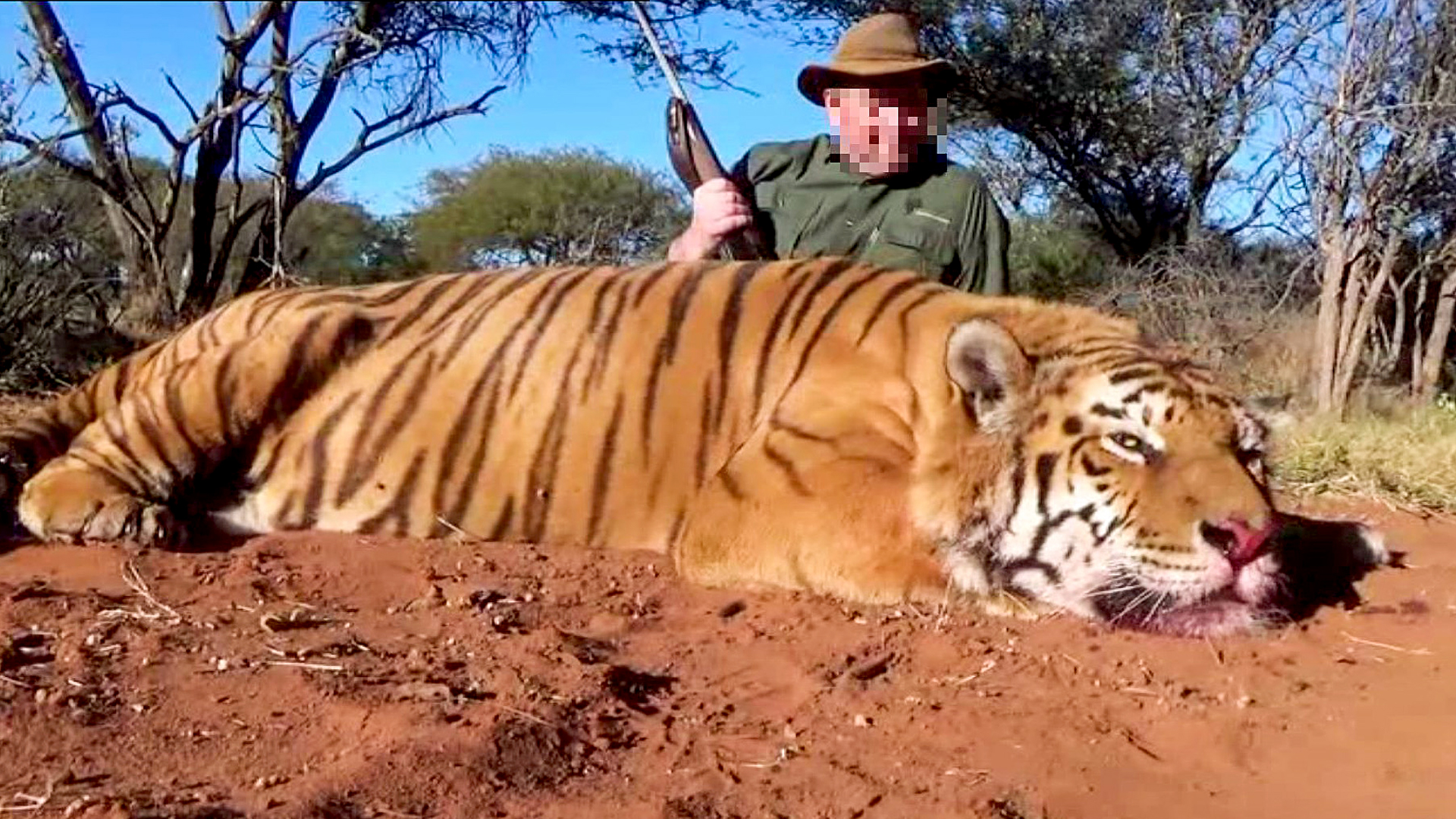 The Slovakian man, Jan K with the tiger. (@policiaslovakia/ Newsflash)

NITRA, Slovakia – A hunter is facing up to five years in jail for killing an endangered tiger in South Africa, importing it to Slovakia and then using it to promote illegal hunting in his home country.

The man, identified as Jan. K. from the village of Ziharec in the south-western Slovakian region of Nitra, was interrogated by the police when they found he was keeping a stuffed tiger at home without being able to prove how he acquired it.

The Slovakian police later posted a statement on their official Facebook page with a picture of the hunter standing over a large tiger in the wild.

“(This act) violates plant and animal protection under Section 305 of the Criminal Code because he has caught the jungle tiger (Panthera tigris) for commercial purposes in South Africa contrary to Council Regulation (EC) no. 338/97 on the protection of species of wild fauna and flora by regulating trade therein,” said the police statement.

The statement said the man had illegally caught and imported the exotic animal, violated various laws, and now faces up to five years in jail.

The hunter reportedly brought the dead tiger to his home country without a permit and was keeping it at his family home in Slovakia.

The police also said he used the stuffed tiger to promote “business activities in connection with the mediation of hunting in the Republic of South Africa”.

There were 280 tigers at 44 facilities in South Africa in 2015. The exact number of tiger population in the country is not available as they are bred by householders in their backyard in Gauteng for illegal trade, reads an article on International Wildlife Bond, a digital wildlife conservation platform.

“Because they’re not an indigenous species, the trade of tigers is unregulated and flies below the radar of the Department of Environmental Affairs,” the article notes. “When asked about it by Ban Animal Trading and the EMS Foundation, the DEA response was that tigers weren’t the department’s responsibility because they’re exotics.”

One of the biggest reasons for the decline in tiger population decline is habitat destruction and illegal poaching. 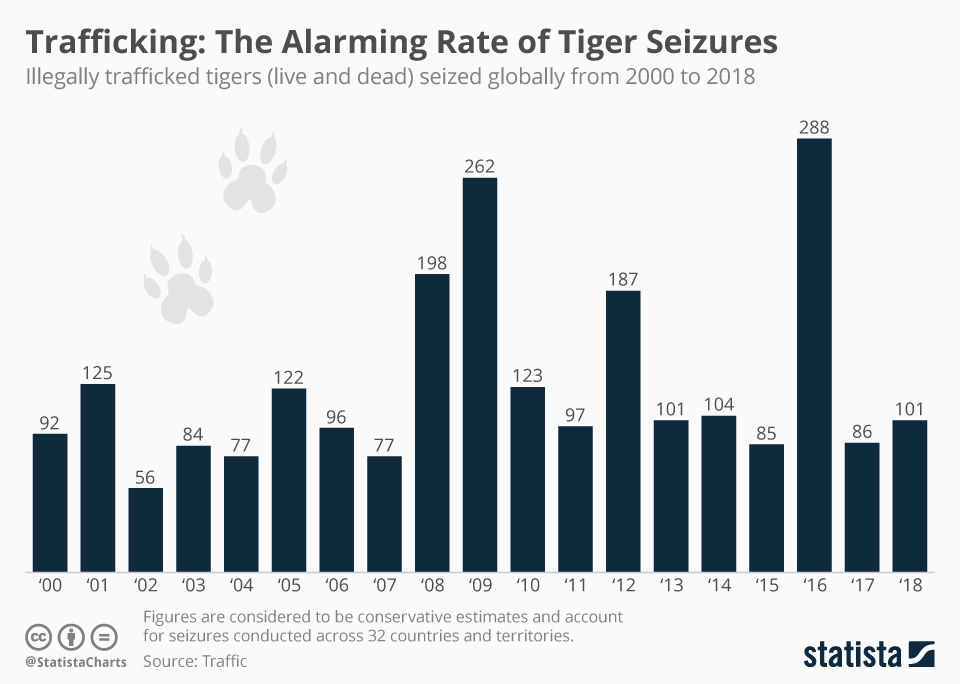 The global figures of illegal trade in tigers, considered as underestimates, speak volumes. About 2,361 tigers, alive or dead, were impounded across 32 countries and territories from 2000 to 2018. Though no clear trend has been spotted during these years, the highest number of tigers traded was in 2016 at 288. Usually, their skin (40 percent) or other parts such as bones (27 percent) are used commercially.

India tops the chart with most seizures (463). In all, 625 individual tigers were caught being smuggled in India.

“This pernicious trafficking—evidenced by the continuously high number of whole skins, whole animals—both dead and alive—and bones is testament to the ongoing demand for Tiger parts. The time for talking is over: words must be turned into action to prevent further Tiger loss,” said Kanitha Krishnasamy, TRAFFIC’s director for Southeast Asia.

The Tiger, its scientific name the Panthera tigris, is an endangered species listed on the International Union for Conservation of Nature Red List. It is the largest living cat species. Its population in the world is about 3,900. It weighs in the range of 220–660 pounds (99.7-299.3 kgs) and measures 6–10 feet in length. It lives in evergreen forests, tropical rainforests, temperate forests, grasslands, mangrove swamps, and savannas.

Bangladesh and India have the Bengal Tiger as their national animal. The Bengal Tiger has the longest canine teeth of any living cat at about 4 inches.