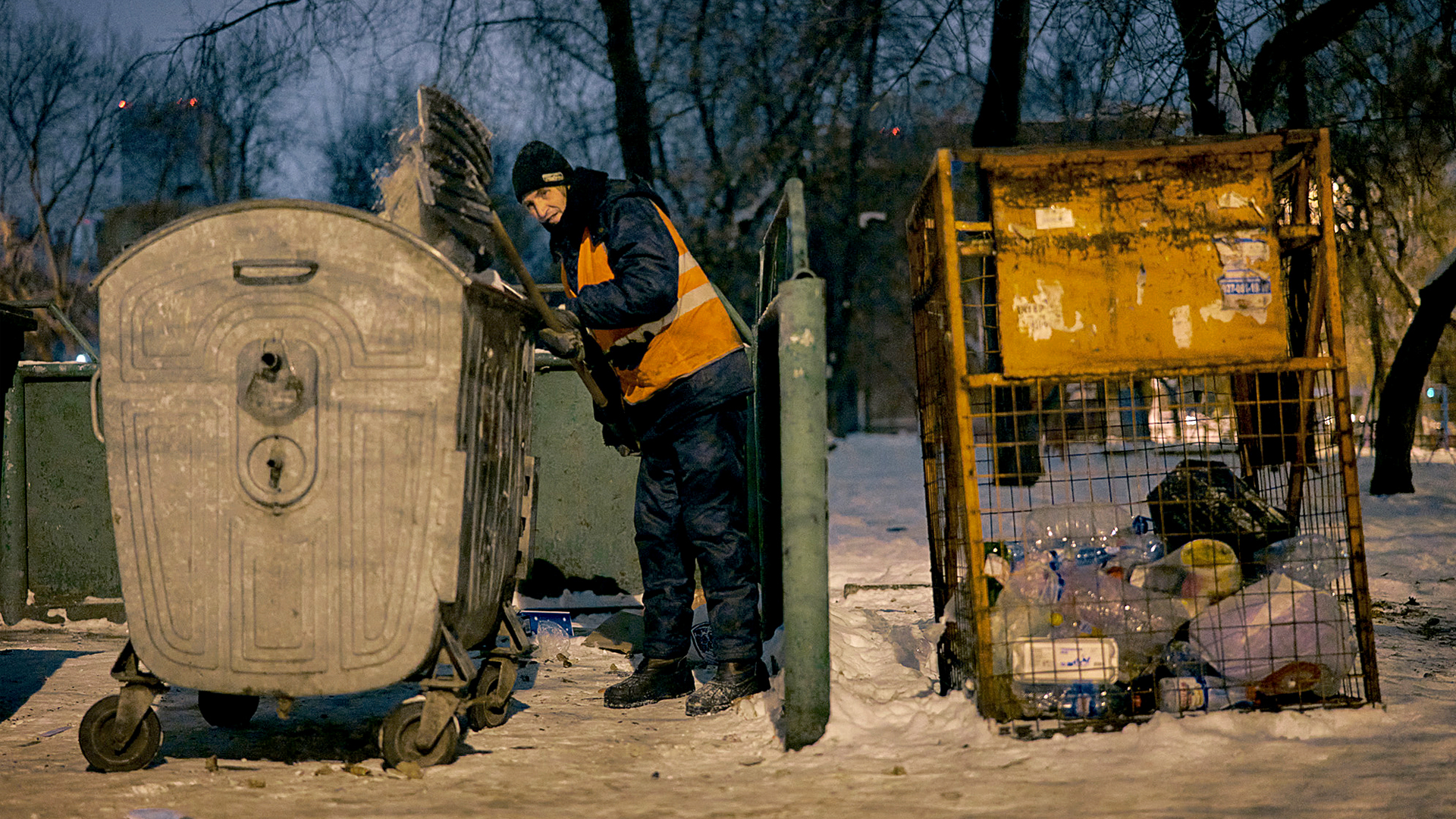 UFA, Russia — Yury Vetlugin, an unemployed street sweeper from Russia with learning difficulties, was able to collect enough money to buy a house, as his childhood friend and fashion photographer Roman Filippov gave him a GQ-esque photo makeover.

“He does not have a high IQ, but was always engaging and incredibly kind to everyone, said Filippov. Unfortunately, it was his kindness that allowed him to constantly be taken advantage of by others”

Vetlugin was living in a home for children with learning difficulties when he met Filippov, whose mother was a teacher at the school.

Later Filippov moved away and became a professional photographer. On a return visit he was shocked to hear of how badly his childhood friend’s fortunes had gone.

He found that a flat that was being used by his friend had been taken over by false friends who had then kicked him out, and others had persuaded him to take out bank loans to the tune of RUB 500,000 ($6,695.25) and then taken the money from him which he now had no chance of paying back.

He explained that Vetlugin struggled to hold down a job because of his learning disability, except for the occasional tasks that locals asked him to do and promise to pay him for food, but often did not bother.

Deciding that he wanted others to see Vetlugin as he did, Roman gave him a makeover and even himself was amazed at the results after the session. After publishing the pictures, the purpose the publicity helped Yury to get a proper job as a caretaker, and he now has the freedom to enjoy his hobbies which include gardening and writing poetry.

According to a study published by the University of Illinois at Chicago about the abolished propiska system in Russia, which is the compulsory registration of citizens at permanent addresses. Such registrations are common in most countries, and they always complicate life for the homeless, although in varying degrees depending on alternative systems such as social security numbers, personal identity numbers, etc.

“Previously used as a Stalinist tool of population control and repression, propiska now functions as a mechanism for political and economic exclusion of rural migrants in urban centers which adds on to the homeless population,” the study said.

Even though propiska was abandoned in 1993, there is no alternative system of registration of citizens that renders people homeless and stripped off of civilian rights.

Figures by Homeless world cup show that 13.3 percent of the Russian population lives below poverty line.

Currently, the total money raised is RUB 2 million ($26,771.07) which is enough to buy a house with a small garden on the outskirts of the Russian city of Ufa where Vetlugin currently works. He has also been helped by the local council, which agreed to provide the land for him to build on.

One of the images of him that was particularly striking was from when Roman added a photo to a cover of GQ magazine, showing how handsome his childhood friend was after the makeover. GQ Russia also shared the image on their official Instagram handle writing, “The story about the janitor Yury has been stirring up the Internet for several days. You wrote comments and directed us. We could not pass by and told Yury’s story using the link in the description.”

Asked how he felt about being a star, Vetlugin said, “A star? Well, sometimes it burns, and sometimes it goes out. But as far as I’m concerned, I do not feel that I am a star.”