Origin uncertain with 173 monoliths reported from across the world so far.
By Georgina Jadikovska January 27, 2021
Facebook
Twitter
Linkedin
Email 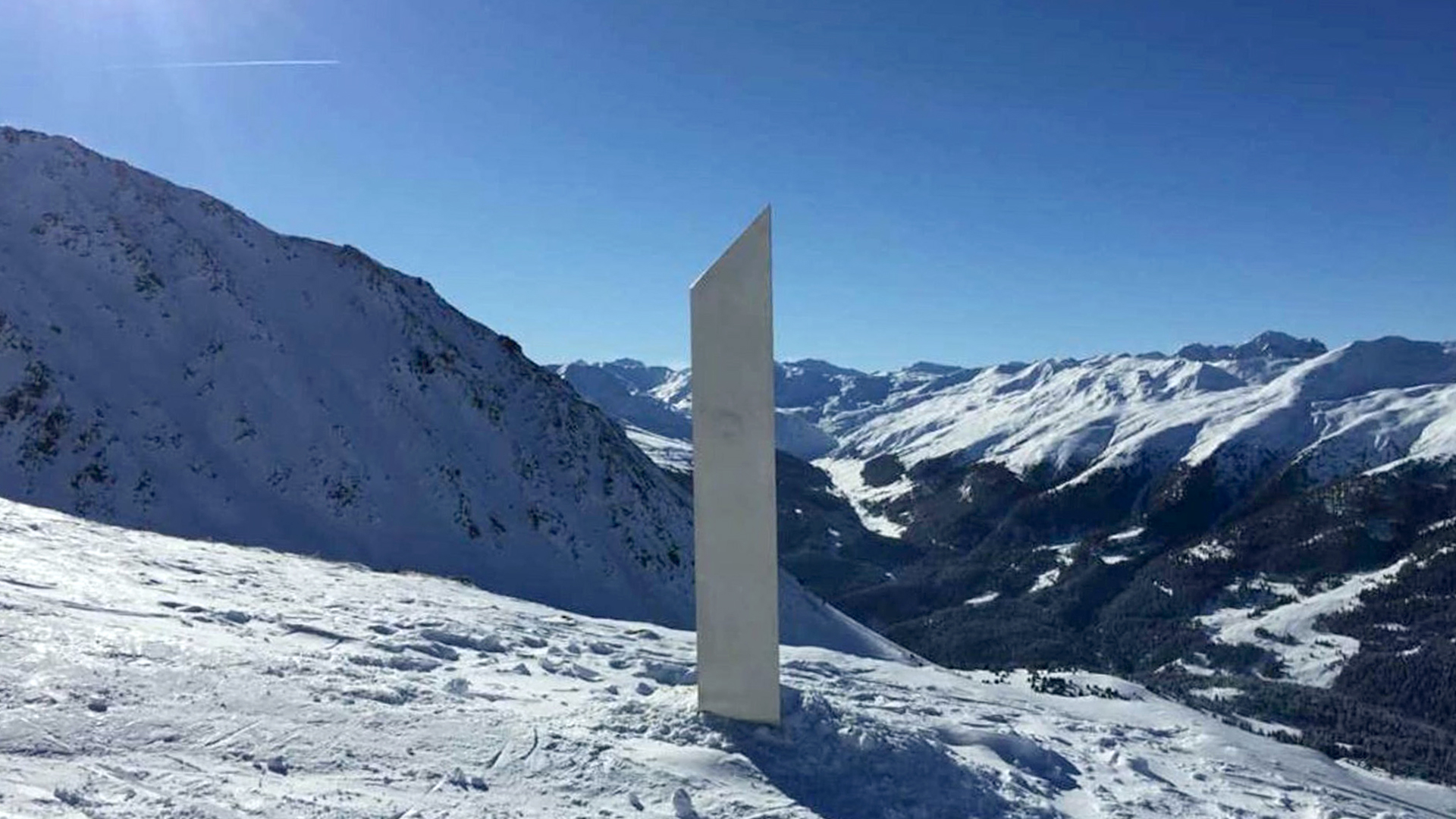 The first mysterious monolith in the Landeck district, which appeared in the Nauders ski area. (Nauderer Bergbahnen/Newsflash)

NAUDERS, Austria — The appearance of a metal monolith in Austria has re-ignited the debate on the origin of these artifacts.

The monolith appeared in the Nauders ski area, in Austria’s Landeck district, on Jan. 16.

“We have no idea how it got there,” said Thomas Schiller from Nauderer Bergbahnen ski resort.

The management of a ski resort in the area was baffled as to how it got there as it turned up overnight.

“It just turned up last Saturday. It’s not disturbing anyone and it’s a great opportunity for selfies, so we are planning to leave it there,” Schiller said.

A spokesman at the resort said that it appeared to be one of the many mysterious metal monoliths seen in various locations around the world. However, it is the first one to appear in Austria.

The photos of the monolith were put up on Facebook by a hotel in the area.

The strange steel figure appeared during the weekend when it turned up approximately 200 meters (656 feet) from the Zirmbahn mountain station.It is still a puzzle how a 2.5-meter-high (8 feet) steel column found its place in the middle of a ski resort 2,450 meters (8,038 feet) above sea level where the only way up is via ski lift. Also, how it was transported there without anybody noticing it.

Locals claim nobody from the midnight shift team in the slope preparation section had noticed anything. They are certain, though, that it was not there on Friday night.

With this, Nauders joins the company of several locations around the world such as Canada, Utah, California, Romania, the Netherlands, Spain, Colombia, and Paraguay, where strange appearances of monoliths such as this have also been spotted in the past.

A monolith also appeared in Symphony Forest Park, located in Ahmedabad, in the Indian state of Gujarat. It was later replaced with another artifact.

Over 173 monoliths have been recorded across the world till date, according to the Monolith Tracker. The site records the monoliths and also tries to investigate their origin.

The first mention of a monolith appears in the science fiction film 2001: A Space Odyssey. In the movie, a monolith of extra-terrestrial origin appears on Earth. This has led to speculation that the monoliths appearing at various locations across the Earth have been put up by aliens. However, there is no conclusive evidence to back this theory.

A common factor seen in all accounts of the discovery of monoliths is that they were put up anonymously and appeared overnight.

The current trend of monoliths appearing across the world seems to have begun with the appearance of the monolith in Utah in 2020.

This was a metal pillar that stood in a red sandstone canyon in San Juan County. The pillar was 3 meters (9.8 feet) tall. It was made of metal sheets riveted into a triangular prism. It was spotted in Utah in the Western United States, on Nov. 23 last year and was removed by the unknown persons on Nov 27.

The Bureau of Land Management did not remove the structure which is considered private property.

“We do not investigate crimes involving private property which are handled by the local sheriff’s office. The structure has received international and national attention, and we received reports that a person or group removed it on the evening of Nov. 27,” said the office.

A minimalist artist, John McCracken, made artworks similar to the Utah monolith. It was theorized that the monolith was put up as a tribute to McCracken.

The final word on monoliths is yet to come in as more and more sightings are reported from across the world.