The results of the operation were released on Jan 15.
By Joe Golder January 27, 2021
Facebook
Twitter
Linkedin
Email 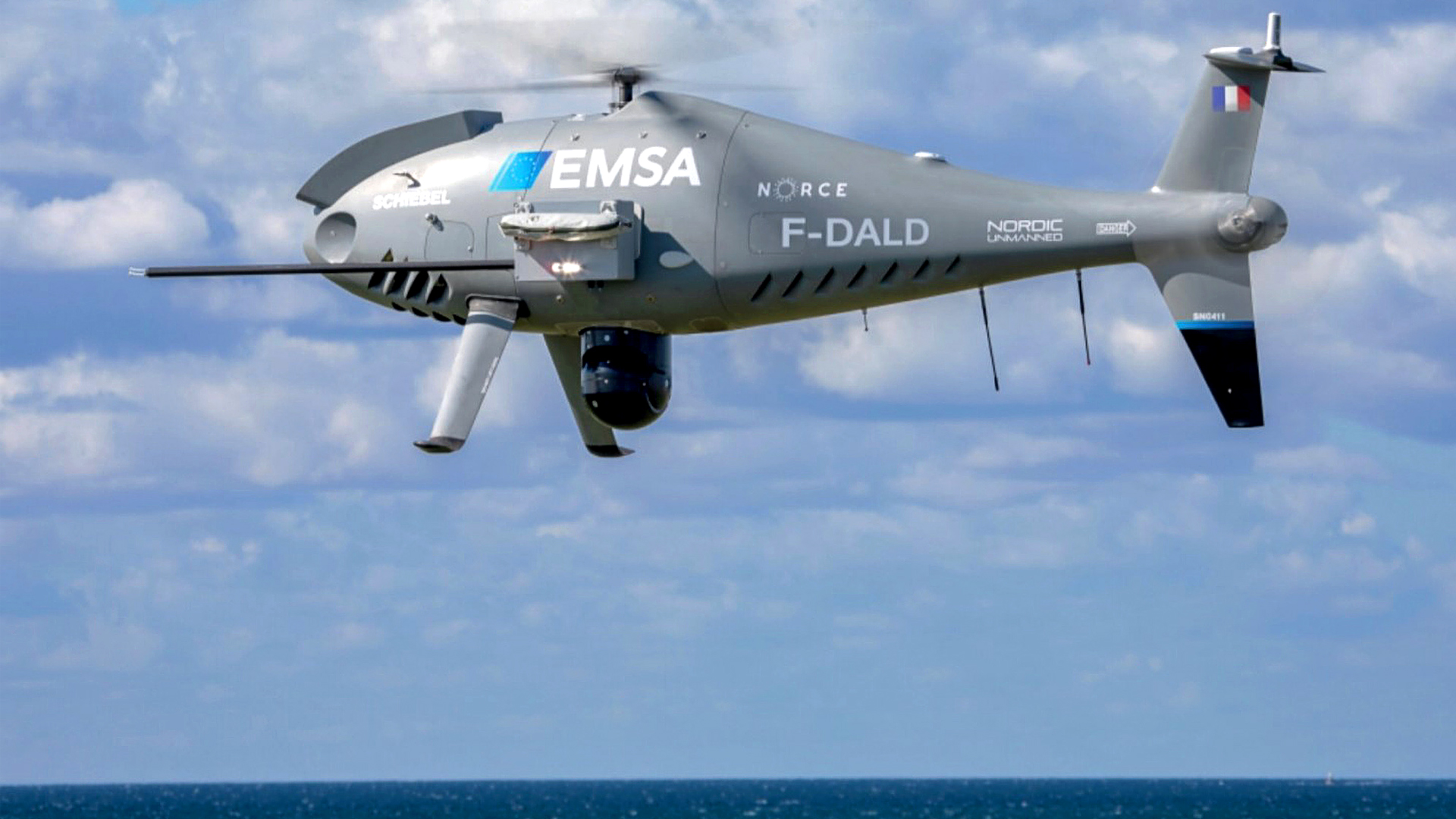 PAS DE CALAIS, France – France has been experimenting with a sensor-equipped drone to track the emissions from ships in the English Channel and nab those that pollute the water too much.

“We have sold over 350 to date,” said a spokesperson from Schiebel, an Austrian company that manufactures mine detectors and helicopters. “We have more than 20 years of experience developing and producing unmanned aerial vehicles.”

The operation, undertaken by the French Ministry of the Sea with the European Maritime Safety Agency, took place in the Strait of Dover from Sept 23 to Dec 18, the results of which were released on Jan 15.

The special drone was also built by the Austrian company Schiebel.

The Strait of Dover is one of the busiest sea routes for freight in the world and benefits from special protection against pollution.

“The Dover Strait is the world’s busiest shipping lane. 500-600 ships a day pass through the narrow strait between the UK and France,” said Guinness World Records in a statement. “Cargoes include oil from the Middle-East to European ports and various commodities from North and South America to European customers.”

In 1999, 1.4 billion tonnes gross, carried by 62,500 vessels passed through the Dover Strait. The Malacca Straits, off the Malaysian peninsula, is believed to handle more traffic (vessels), but less tonnage.

However, it is not always easy to determine who is polluting too much and who is not and that is why a Camcopter S-100 was used. The drone is equipped with high resolution cameras and a sensor capable of detecting the density of sulphur oxide and smoke emitted from ships.

“The S-100 navigates automatically via pre-programmed GPS waypoints or can be operated directly with a pilot control unit,” said Schiebel in a report. Missions are planned and controlled via a simple point-and-click graphical user interface.”

“High-definition payload imagery is transmitted to the control station in real-time. Using “fly-by-wire” technology controlled by redundant flight computers, the UAV can complete its mission automatically in the most complex of electromagnetic environments,” it said.

“Despite difficult weather conditions, 65 ships were tracked,” said the French Ministry of the Sea said in a statement. “Fourteen of these ships were deemed to be potentially breaking the law and 11 were subsequently inspected.”

They added that they are planning to conduct the operation again in the spring and the drone took part in four search and rescue operations at sea.

The Strait of Dover is known to be particularly deadly, not least for the numerous migrants trying to cross from France to England, but also the massive cargo vessels ferrying goods back and forth across the English Channel.

“We have participated in many Search and Rescue operations,” said the spokesperson of Schiebel. “For the EMSA operation in France, we also participated in four search and rescue missions that weren’t part of the initial scope.”