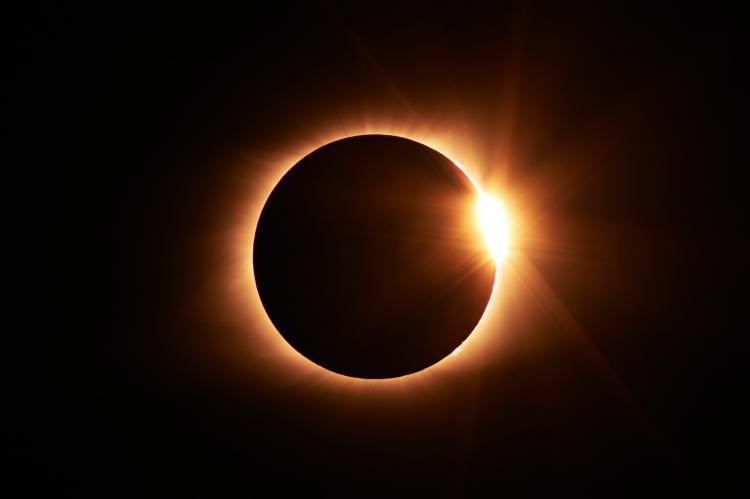 The civilizations settled in what today is Mexico, with their worldview of the sun dying at night and being reborn the next day. Eclipses were taken as a bad omen, although they could also be signs of renewal.

“When we became sedentary with the creation of agriculture, we realized that certain things around us were essential, including the sun,” said Ernesto Domínguez, a Mexican historian from the Universidad Veracruzana. During eclipses, “from one moment to the next, the sun begins to darken at a wrong time. Of course, it is something to be alarmed about because we wouldn’t know if it would shine again.”

The Maya (in southeast Mexico, Guatemala, Belize and El Salvador) and the Mexica (in central Mexico) were two of the largest civilizations settled in the Americas. They both had seasoned astronomers who determined the movements in the sky. They knew of eclipses through science, but they also had myths to explain them.

The Mexica people knew when eclipses were coming. They called this phenomenon Tonatiuh Cualo, which in Nahuatl means “when the sun is eaten.” Lunar eclipses were known as Miztli Cualo.

Eclipses were so important among the Mexica that they settled Tenochtitlan’s foundation on the day of a solar eclipse: March 13, 1325.

Mexicas had many myths narrating the battle between light and darkness. They believed the world lived through a successive series of creation and destruction. A different sun ruled over each era.

During the creation of the Fifth Sun — the current era — the god Nanahuatzin, humble as he was, sacrificed for humanity, throwing himself in the fire. He became the star that warms our planet. The presumptuous Tecuziztécatl, hoping for the same fate, also threw himself into the fire, becoming the moon.

Mexicas had the belief that eclipses released the tzizimime, demon stars shaped like women skeletons. The tzizimime flew in search of men and devoured them at sunrise, in the exact moment when the moon eclipsed the sun.

To protect themselves from eclipses’ possible disasters, Mexicas used white flint knives associated with the moon.

“Other civilizations believed that [during an eclipse] there was a fight between the sun and the moon because these people already understood the moon was covering the sun,” said the scholar, acknowledging this fact spoke of their advanced astronomical knowledge.  He said that ancient Mexicans understood “there was a kind of dance with sequences that were repeated from time to time.”

Mayas placed a piece of obsidian (volcanic glass) on pregnant women so their children would not be damaged during an eclipse. They held this practice because they deeply respected the duality of the jaguar god Kinich Ahau, responsible for day and night, as well as life and death.

Mayas left us a detailed record of astronomical phenomena in a table on eclipses. They performed rituals with dances during these events, believing the noise helped the sun to wake up faster, getting rid of the possible confrontation between the two ruling stars.